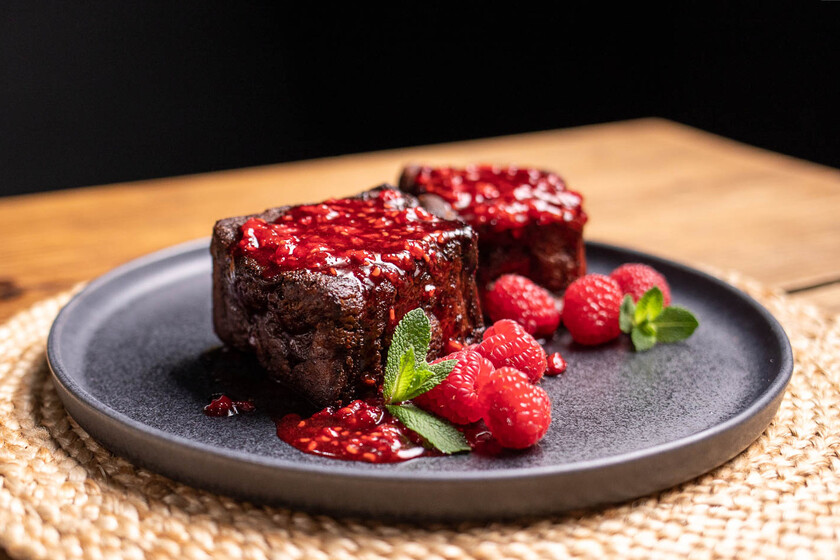 Heat the milk, cream and sugar in a saucepan. We open the vanilla pod lengthwise and, with the tip of the knife, scrape the interior. Add the seeds to the saucepan and cook for a few minutes. slow firewithout allowing it to boil.

Pour the cream mixture with the infused vanilla into a bowl, over the egg yolks, and beat a few rods until emulsified.

Cut the brioche bread into pieces about six or seven centimeters thick and remove the bark. We immerse them in the milk/egg emulsion for about 10 minutes. We turn from time to time so that they are completely soaked and that the liquid reaches the center.

Heat a few cubes of butter in a frying pan. We drain the bread and deposit it in it, turning until golden each and every one of its faces over low heat (so that the butter does not burn). Remove to a plate or bowl.

We grate the chocolate and we cover with it all the faces of the torrijas. We put them back in the pan with a little butter and mark each of their faces for a few seconds, so that the chocolate caramelizes slightly. Serve immediately with the raspberry sauce.

a party recipe, but cheap, that you can make all year round

Why putting beer in the freezer is a bad idea, even though it sounds tempting

The best (and worst) vegetable burgers in the supermarket, according to the OCU

healthier cooking for up to six people