China Telecom tower is devoured by fire in Changsha: this we know 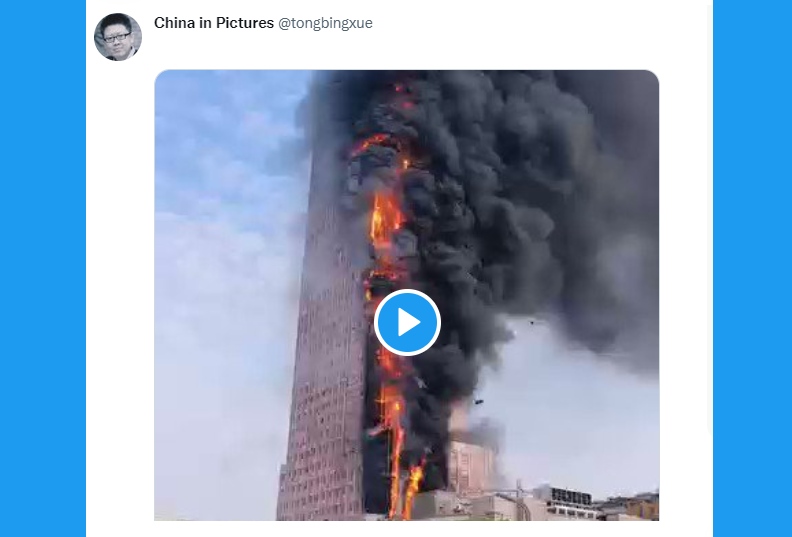 images of the tower Chinese Telecom completely burning down they are going around the world.

That’s right, the video with the 200-meter tower engulfed in flames is viral and media from around the world cover the news.

According to the state media CCTV, around 20 floors of the building located in the Chinese city of changsha.

Until this morning of September 16, Mexico time, the number of victims is not known.

Changsha is the capital of Hunan province in southern China.

This afternoon, the building of China Telecom building in Changsha长沙caught fire, no casualties reported yet, stay safe everyone! 🙏 pic.twitter.com/QNnezk2Mxk

“They burned with great intensity,” says one of the CCTV posts.

The first videos published on Twitter by the different news agencies show how the building seems, at least for now, to withstand the fire without collapsing.

The causes of the fire are not known.

The building was built in the year 2000.

Fire in a skyscraper of Telecom China

The owner of one of the nearby restaurants said that after the building caught fire, at least 120 firefighters and various crews arrived.

Photographs released by CCTV showed large flames engulfing part of the China Telecom tower, while a dense plume of smoke rose over the city of Changsha, with a population of just over 10 million.

Apparently the paint on the outside caught on fire? The company says that everyone was evacuated safely and hope that’s true🙏 pic.twitter.com/gxzpiKR22S

Oxxo stores and pharmacies set on fire in municipalities of Guanajuato: what we know