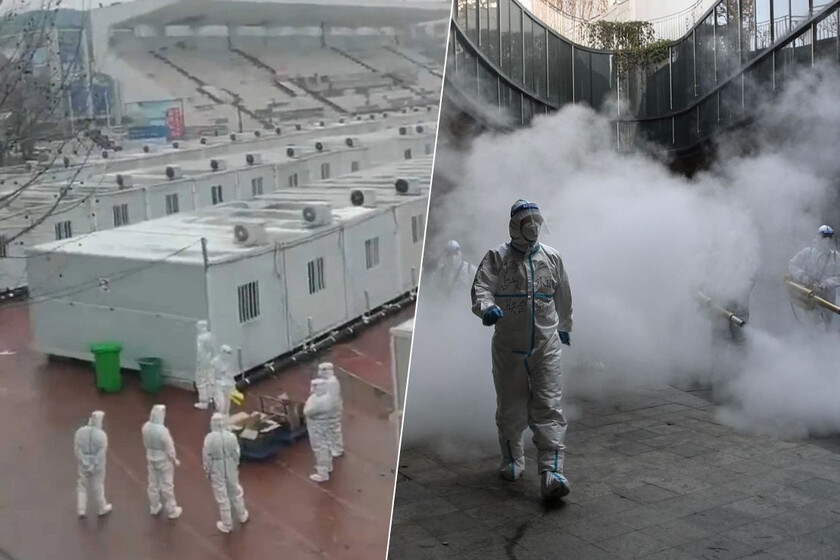 China’s early success in containing the pandemic through authoritarian and harsh policies based on the Zero Covid strategy (which we have discussed in Magnet) paid off. In the beginning. It also emboldened its officials, giving them license to act with conviction and righteousness with contentious (and questionable) measures. In the past two years, China has used some of the world’s strictest measures to keep the virus at bay and has managed to keep infections low for a long time. But as Ómicron spreads, the country seems even more locked into its own formula.

For the Chinese government, control of the virus comes first. The life, well-being and dignity of people come much later.

strict lockdown. Xi’an, the capital of Shaanxi province, is actually in a better position than Wuhan was in early 2020, when thousands of people died from the virus, overwhelming the medical system. In fact, there are only three related deaths and 95% of their adults are vaccinated. And, even so, he imposed a very harsh confinement. Residents are not allowed to leave their homes, some buildings have been closed and more than 45,000 people have been moved to mass quarantine camps.

What happened? That the Xi’an government was quick and decisive in imposing a strict lockdown when cases were on the rise. But it was unprepared to provide food, medical care and other necessities to the city’s 13 million residents, creating chaos and crisis not seen since the country first locked down Wuhan in January 2020.

It doesn’t matter at what price. As the troublesome lockdown in Xi’an has shown, many Chinese remain willing to work diligently to achieve the goal of eliminating the virus, no matter the consequences. So much so that we have seen cases where hospital employees refused to admit a man suffering from chest pain because he lived in a medium-risk district. He ended up dying of a heart attack. Also a woman who was eight months pregnant and bleeding lost her baby because her Covid test was invalid.

The government is aided by a vast army of zealous community workers and hordes of nationalists. on-line They attack anyone who raises complaints or concerns. The tragedies in Xi’an have led some Chinese to question how quarantine enforcers can behave like this and to question who bears the ultimate responsibility.

Read:  “We have shown that we can beat anyone”

Close a city for two contagions. The authorities of Tianjin, a port city near Beijing, reported a few days ago that they had found two Omicron infections. A day later, two people some 400 kilometers apart in Henan province were connected to the same transmission chain. Result? Blocking, mass testing and warnings of more restrictions to come. Train and bus service to the capital was suspended and a second round of tests was embarked on as many as 14 million people. Henan closed most schools and banned public gatherings, including parties and other celebrations before the Lunar New Year.

Ruili, a town of about 200,000 on China’s border with Myanmar, has suffered at least four lockdowns in just over a year, with residents spending months in isolation. In October, more than 30,000 visitors were locked down at Shanghai Disneyland and forced to undergo COVID-19 tests after one visitor tested positive.

Why? The government has repeatedly pointed to Western countries where the virus has proliferated as warning examples. But as the Omicron variant spreads within China ahead of the 2022 Winter Olympics in February, an uncomfortable reality is setting in: The country’s ability to keep the virus at bay has meant low levels of natural immunity. Vaccination rates are high, but the efficacy of Chinese vaccines remains in question.

This is how chinese government will forcibly take you to covid quarantine camp If you don’t comply… pic.twitter.com/0SFaKUTBwu

Tension. The strains that the resulting measures are placing on communities across China are growing. Some complain about the lack of access to food and long periods of being locked up in their homes without being able to lead a normal life. But the authorities show no intention of wanting to change their approach. Recently, volunteers had a young man venturing out to buy food read a self-deprecating letter in front of a video camera. “I only cared if I had food to eat. I didn’t take into account the serious consequences my behavior could bring to the community.”

Three men were arrested by police as they fled Xi’an for the countryside to avoid the high cost of the lockdown. They took long walks and swam winter days and nights. They have been dubbed the “iron men of Xi’an” on Chinese social media.