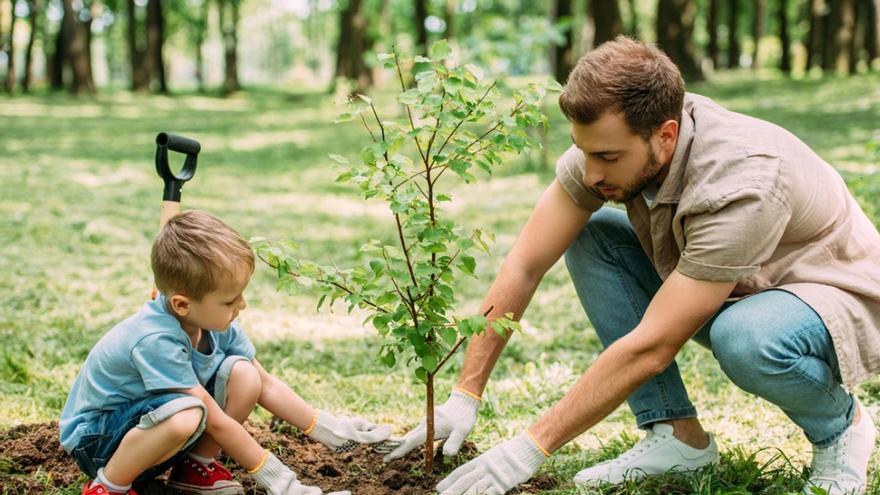 The look of the children has a decisive influence on the actions and decisions of the parents. It might seem like a no-brainer, but & mldr; Could it be scientifically proven to be true, for example, when making decisions related to climate change? This is what a group of researchers from the University of Exeter, in the United Kingdom, has studied through a curious experiment developed in Innsbruck, Austria. And the answer is yes’, parents are more aware of the need to act against global warming if they are being watched by their children.

The so-called Individual voluntary climate actions are necessary to reduce the damaging effects of climate change. But provide a benefit to the environment by reducing the individual carbon footprint supposes an economic cost for the individual.

On the basis that people with children are “genetically related to the next generation & rdquor; and they have “an incentive and a responsibility to take care of the well-being of your children& rdquor ;, a group of scientists predicted that parents would be especially likely to participate in voluntary climate actions when observed by their offspring. More than if the looks were coming from other observers.

How to know if the prediction would come true? The study, entitled ‘Climate action for (my) children)’, analyzed the decisions of 368 parents. The researchers paid 69 euros each, and asked them how much of that money they preferred to stay and how much they would invest in a local afforestation plan to plant new efficient trees for the climate of the area.

Index hide
1 Results: the son’s gaze influences the father
2 “A connection to the future & rdquor;

The participants received detailed information about the program and the role of trees in reducing CO2 emissionsThey were told that they could buy up to 46 trees, each of which cost 1.50 euros. Any money not invested in trees would be paid to them in cash at the end of the experiment.

Before they made their decision, the participants were randomly divided into four groups. The parents of the first group were observed by their children; those of the second group, by children they did not know; the third group was observed by other adults; and the fourth group was not observed.

More than two thirds of the parents decided to invest the total sum in the afforestation program, planting a total of almost 14,000 trees together.s. But there were notable differences between the different groups. Thus, the parents observed by their own offspring chose to plant an average of 39.6 trees, while those who were not observed by anyone planted an average of 37.1 trees, a difference of 7%.

“A connection to the future & rdquor;

Oliver Hauser, associate professor of economics at the University of Exeter Business School and author of the study with Helena Fornwagner, noted that children give parents “a connection to the future & rdquor;. “The presence of children during a decision reminds parents of their responsibility to them and the benefits of investing in their future.

The researchers, however, also found that education is a “significant factor” in determining whether a parent is ready to invest in climate actionParticipants who had completed Secondary Education chose to plant 39.37 trees on average, but those without a Secondary diploma invested in only 27.61 trees.

“It may be that parents who have completed High School are more aware of the environmental impact of their decision or perhaps a better education is correlated with more disposable income, which means that sacrificing the money they could earn in the experiment would affect their finances less & rdquor ; Hauser pointed out.

The researchers also asked participants to complete a survey to establish their degree of skepticism about climate change. They found out that those with some degree of skepticism were not more likely to invest in climate action when their own child was watching themBut they were more inclined to put money into it when an unrelated child or other adult was watching.

“This suggests that the social pressure to invest in climate mitigation strategies it may be better applied to this skeptical group by people who are not part of their ‘group’ or close family & rdquor ;, Hauser explained.

“Parents who are skeptical of climate change may think that their children agree with them, that they will judge them less harshly or that they could convince them of the merit of a non-environmental decision, which they may think they cannot do with people. outside your family group & rdquor ;.

The study, whose original title is ‘Climate Action for (My) Children’, has been published in ‘Environmental and Resource Economics’. “Our findings have implications for policy makers interested in designing programs to encourage voluntary climate action and maintain intergenerational public goods & rdquor;the report’s authors noted.