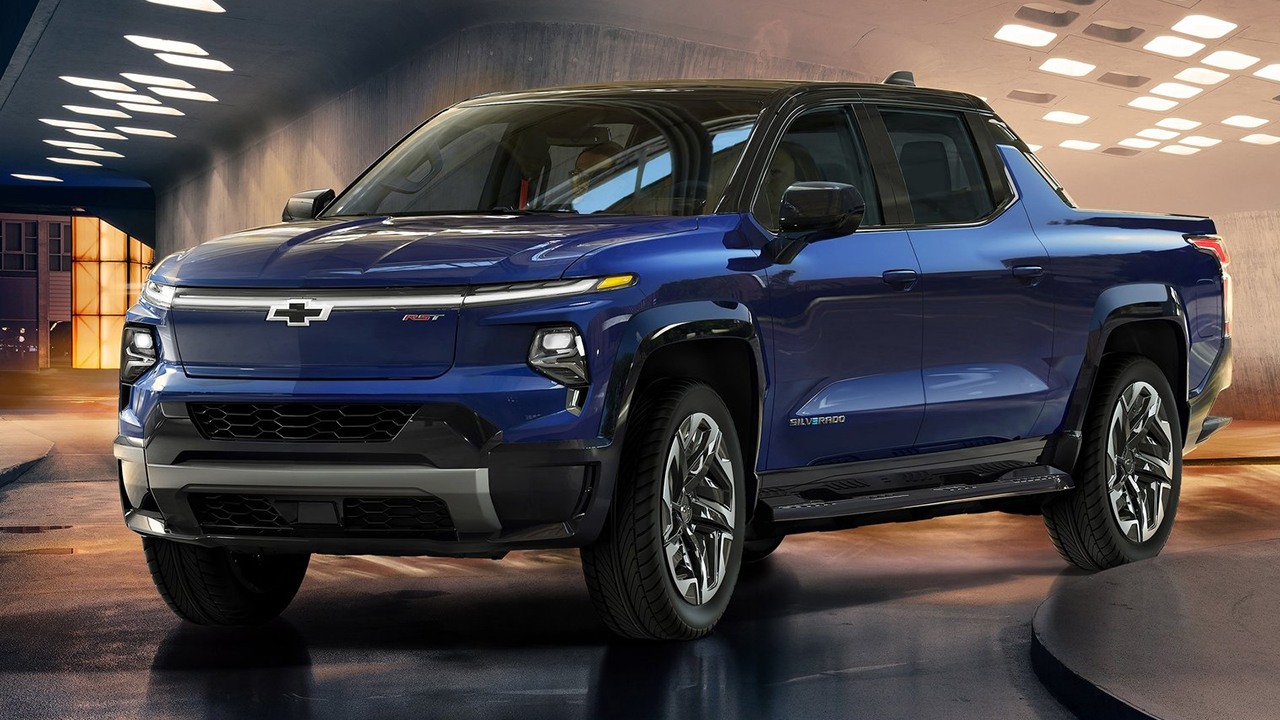 The new Chevrolet Silverado EV has been unveiled. Chevrolet unveils its long-awaited 100% electric pick-up. A very important model that has a range that exceeds 600 kilometers and that is called to rival, among others, the Ford F-150 Lightning and the Tesla Cybertruck.

Chevrolet has presented its expected 100% electric pick-up in society. A model that is called upon to play a leading role in the competitive and relevant North American market. The new Chevrolet Silverado EV It is already a reality and it bursts onto the scene with the aim of positioning itself as General Motors’ particular answer to the new Ford F-150 Lightning and even the long-awaited Tesla Cybertruck.

The new Chevrolet Silverado with 100% electric mechanics It boasts exterior design, performance, technological equipment and, what is equally important, an autonomy that, in the best of cases, far exceeds the barrier of 600 kilometers. Let’s go into detail and review all the keys to this new model that will land in dealerships in just over a year.

The exterior design of the new Chevrolet Silverado EV

We are before a rapidly recognizable model. And it is that, it presents certain characteristic features to differentiate itself from the Chevrolet Silverado with a combustion engine. Chevrolet’s new electric pick-up sports smooth shapes and lines that convey fluidity. This denotes a worked aerodynamics, a very important factor when dealing with an electric vehicle. What’s more, the Silverado EV WT
it will have the lowest drag coefficient of a full-size production pick-up.

The new all-electric Silverado will be exclusively available with Crew Cab bodywork. The short front overhang and the closed grill are details to take into account. On the front there will be a “trunk” that Chevrolet has dubbed eTrunk. We must not overlook the design of the optical groups in which LED technology makes an appearance.

The side view brings out a low roof line alongside bulging wheel arches. Also noteworthy are the 24-inch wheels. They integrate the necessary technology to provide the model with four wheel steering. Something especially useful to gain agility and stability.

Finishing our tour of the exterior in the rear, we will find a cargo area that offers multiple possibilities thanks to the Multi-Flex Midgate system that allows to expand the box. In the best of cases, the Silverado EV will be able to transport objects up to 3,302 mm long in it.

The interior and technology of the new Chevrolet Silverado EV

Leaving aside the exterior, if we venture into the interior of the new Silverado EV we will quickly be engulfed in a digital environment. The technological equipment is very present. In the driving position we have a digital instrument cluster 11-inch that is combined with a 17 inch touch screen which acts as a «nerve center». A key component for managing the infotainment system.

Read:  Rivian models are at the top of the market for their record autonomy

Chevrolet has placed special emphasis on providing its electric pick-up with quality interior finishes. There are numerous storage compartments, the seats and door panels have very interesting upholstery. By the way, the equipment related to comfort is really extensive. The heated front and rear seats are a prime example.

This new electric vehicle can also play the role of a mobile power source. The PowerBase charging system offers up to 10 outputs to power power tools with a power of up to 10.2 kW.

The autonomy of the new Chevrolet Silverado EV

It is time to move on to the key and determining section. Although the technological equipment and the finishes play a leading role in a vehicle of this type, as it is a 100% electric model, the propulsion system reaches a new level of importance. The offer will be made up of several engines.

The WT model will develop 375 kW (517 hp) and 834 Nm maximum torque and will have a estimated autonomy exceeding 644 kilometers. The towing capacity will exceed 3,600 kg, while Chevrolet will allow a maximum towing package to be equipped to increase this figure above 9,000 kg.

The launch of the new Silverado EV marks the beginning of an ambitious and great offensive by Chevrolet in the field of electrification. It is the first in a list of new electric vehicles. The serial production process will be carried out in the so-called Factory ZERO, a General Motors factory located in Detroit, Michigan (United States).

When will it hit the market? It will be available on the market in the spring of 2023. In the fall of that year, the First Edition model will debut with a starting price of $ 105,000 (€ 92,865) and whose autonomy is around 650 km on a single charge. Chevrolet stressed that, as soon as production increases and a certain volume is reached, a version with a starting price of $ 39,900 (€ 35,295) will be added to the range. The reservation book is now open.

Chayanne becomes the best gift for mom; video checks it

Most Anticipated Sequels And Continuations Of Videogames This 2022

surprise in PowerToys, Edge is more secure, and other updates