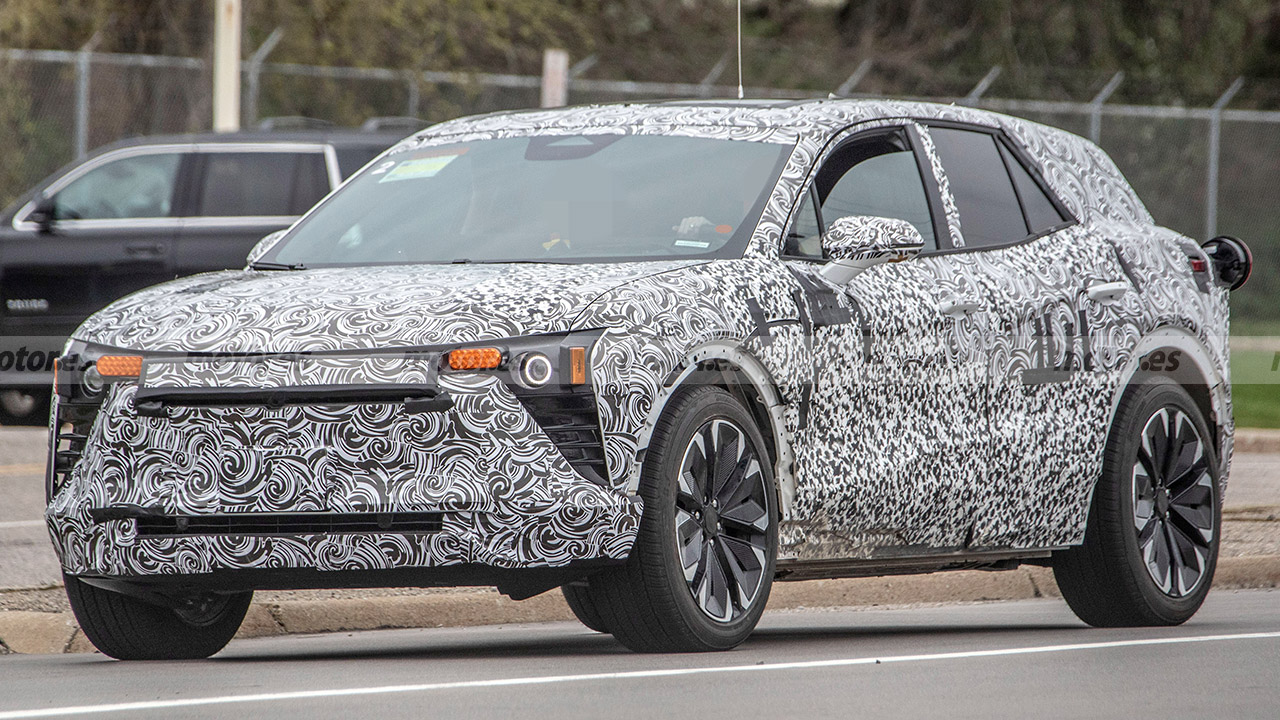 The development process of the new Chevrolet Blazer EV with 100% electric mechanics continues. Several test specimens have been photographed in broad daylight. They were accompanied by a Volkswagen ID.4, a model that Chevrolet is using as a reference. In addition, this new sighting allows you to take a look inside.

Chevy has put in place all the machinery thanks to the support of General Motors to carry out an ambitious electrical offensive. The coming-out of the new Chevrolet Silverado EV is nothing more than a first glimpse of what is already beginning to appear on the horizon. At this time, the iconic American firm is working at full capacity in the process of developing the new Chevrolet Blazer EV.

The 100% electric variant of the Chevrolet Blazer it will be a reality. A model that, once again, has been photographed in broad daylight. However, and unlike the previous sighting, it has been seen on a road open to traffic. And what is equally important, the hunted test units reveal several keys to the project that seeks to give life to a new mass production electric car.

Our spy photographers have come across a test convoy made up of a total of four vehicles. Among them, logically, the two camouflaged units of the future electric Blazer stand out. Some vehicles that also have temporary components. Along with these units was also a current Chevrolet Blazer with a thermal engine and, what is even more important, a Volkswagen ID.4.

Read:  Cadillac Celestiq, revealed new details of the electric on the hunt for the Mercedes EQS

The presence of Volkswagen’s electric SUV is decisive, since it shows that it is one of the vehicles that Chevrolet is using as a reference in the process of developing the Blazer EV.

As for the design that hides under the camouflage, it will sport numerous characteristic features. Having a fully electrical mechanics will allow Chevrolet to take certain licenses. And unlike the first photographed unit, these test vehicles are fitted with 22-inch wheels wrapped in Bridgestone tires.

The interior of the new Chevrolet Blazer EV

On the other hand, and not least, this new sighting of the Blazer EV allows us to take a look inside. Part of the cabin has been partially exposed. As you can see, you will have a system of screens to create a digital and connected cockpit. To the digital instrument panel we must add a touch screen as a “nerve center”.

Although we must be cautious and wait for the interior to be completely exposed, a configuration similar to that which we can find similar to that of the Silverado EV can be glimpsed.

When will it hit the market? Development of the new Blazer EV is progressing apace. The landing of this model in American dealers is scheduled for the spring 2023. At this time there are no plans for its possible commercialization in Europe.

Bitcoin could hit $28k in December

Alsea accuses the SAT of seizing some bank accounts “improperly”