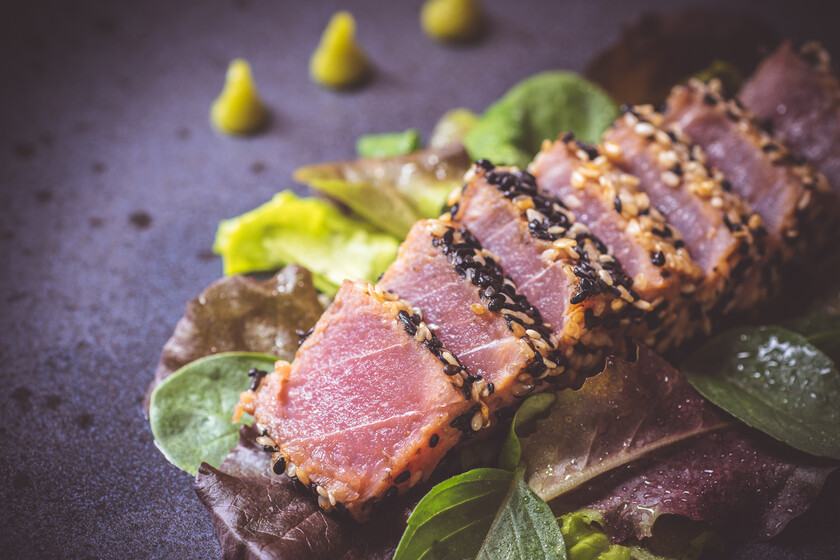 Tuna tataki is a relatively modern recipe which, however, we have been seeing in many posh and posture restaurants in recent years. The reality is that this preparation, based on a Japanese classic where you barely have to mark the outside of the tuna, is very simple, but making it perfect is not so simple.

It is common for the tataki, which is nothing more than a marked exterior, while the interior remains tender or rosyrequires precision in cooking and, above all, not overheating so that it does not cook completely.

Fortunately, on his Instagram account, chef Dani García leave two clues to imitate this classic of Japanese cuisine that we have made it very Spanish and ensure that it does not burn, that it does not overdo it and that it continues to be juicy on the inside.

As you can interpret, the most convenient is bet on a bluefin tuna in a more or less thick and uniform tacobut it can also be done with other fatty fish such as yellow fin tuna, salmon or even bonito, but we must always ensure that they are more or less uniform cubes.

Then it is common for this type of preparation to be seasoned with soy sauce or teriyaki sauce, or even with sesame seeds, which is the option handled by the chef from Marbella to finish off this tuna tataki.

However, the mystery of the recipe does not lie in how Dani García finishes it, but also in how he starts it to get the tuna to be at its point and there the secret is how to treat the fish so that it does not overcook.

The first trick is to use baking paper so that the fish does not cook so intensely.

The advice above all should be taken into account because bluefin tuna is a very fatty fish and whose surface would be too toasted or caramelized if we put it on too intense a fire. To correct this, the visible head of Grupo Dani García, bets on two options.

The first is use parchment paper or parchment paper, to which he adds a few drops of extra virgin olive oil, and which he will put in a very hot pan so that it is between the tuna and the grill. In this way, Dani García ensures that the surface of the tuna does not overcook and is juicier.

The second trick is to stop the tuna cooking with water and ice for a few seconds.

However, the great trick to ensure that a tuna tataki does not overcook is not only in the grill part, but in the solution before plating. For this reason, and to prevent the fish from continuing to cook with the residual heat that its contour has acquired, Dani García submerges it lightly in ice water for a few seconds, just enough to stop the cooking and thus ensure the tone of the fish.

Tricks with very little science, but very effective, which They have the guarantee of a three Michelin stars and that can be used to give those pieces of tuna that you have at home a new life with a recipe that is as easy as it is fast.

In DAP | The nine best recipes with fresh tuna from Directo al Paladar
In DAP | How to make grilled tuna quickly and easily: a super healthy recipe for the whole year