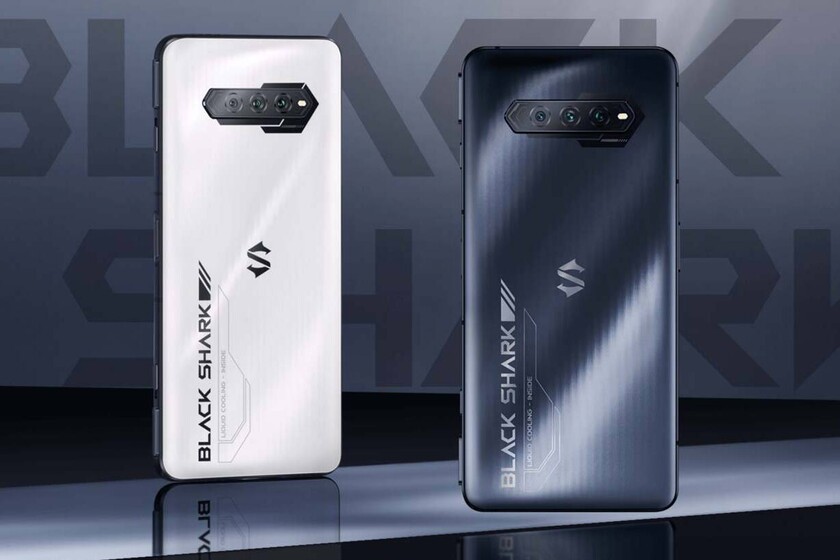 Black Shark has become a benchmark within the smartphones Android designed to meet the needs of those who squeeze their phones with games. From the first mobile we have witnessed an evolution that was expanding features without excessively fattening the price, even after its arrival in European territory. The new representatives of the brand aspire to maintain that trend.

Brands like Black Shark seem used to renewing their catalog for Christmas with the same phone from the beginning of the year to which certain hardware updates apply. This is the case of the Black Shark 4S and 4S Pro since, basically, they are the same as their predecessors, the Black Shark 4 and 4 Pro.

The design of the new mobiles is not as aggressive as that of the first Black Shark: their appearance is more similar to a “non-gamer” phone. Double sided glass, rear camera module in horizontal format and marking the charisma of the phone, front face well used by the screen and a hole in the panel to house the 20 megapixel front camera in both models.

The screen offers Samsung AMOLED technology staying on the same diagonal for both: 6.67 inches with FHD + resolution. Frequency rate up to 144Hz, touch sampling rate up to 720HZ and fingerprint reader under the screen.

The photographic field will never be the specialty of mobiles that are dedicated to offering the maximum performance in games, neither is it the case of the Black Shark 4S and Black Shark 4S Pro. Even so, both phones have a set of rear cameras that provides versatility and large images: 64 megapixels as the main sensor in the 4S Pro and 48 megapixels for the “basic” model, the Black Shark 4S Pro. The other sensors are identical: 8 megapixel camera with wide angle lens and 5 megapixel sensor with macro camera to complete the triple sensor.

Given the specialization in games, both Black Shark equip a layered cooling system designed to lower the temperature, especially during long gaming sessions. In addition, both mobiles include a 4,500 mAh battery that is spiced up with Xiaomi’s star fast charge: the 120 W. The cast is completed with a slider to activate the game mode and with triggers, all on the side of the mobiles.

Both phones have been presented in China, but they will surely take an international path, like the rest of their predecessors. The mobile phones will begin pre-sale today, October 13 in China and will begin to be distributed on October 15 in that same country. The prices are as follows:

Characteristics and price of the mobile in Spain

Roku will give away 40,000 pesos to the most creative Mexican