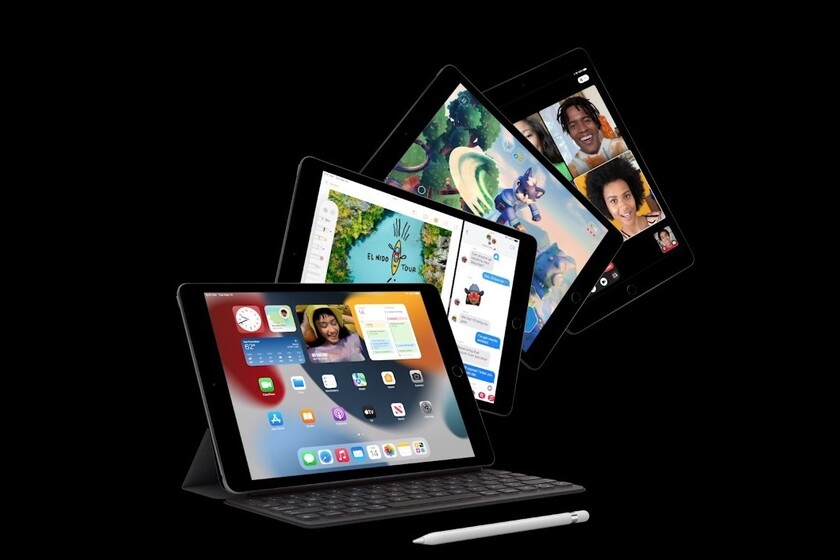 Apple has held its presentation event set for today, September 14, and it has revealed a surprise guest who had appeared only in the last pools. Apple has introduced a new version of its basic iPad, the new iPad 2021 with changes over the previous version but remaining, if all is true, in the price line of its predecessor.

In the new iPad, Apple introduces some changes as a new 12 megapixel super wide angle camera on the front of the phone compatible with the ‘Centered Framing’ that already released the iPad Pro last year. A new camera in which Apple puts effort in terms of software and that makes the iPad, according to the company, more productive. Let’s see what the new iPad has for us.

The Apple A13 Bionic at the forefront of it all

As usually happens in the “basic” iPads of the North Americans, the new iPad does not bet on the latest generation processor that will move the iPhone 13 of this generation. Here what we find is the Apple A13 Bionic, the iPhone 11 processor in all its glory, offering all its power at the service of the new Apple iPad.

The new iPad also introduces changes in photography with the placement of a new 12 megapixel camera on the front of the tablet. The camera is a super wide angle that allows us to obtain a large field of vision when making video calls or recording content for social networks. The camera is compatible with ‘Center Framing’ and allows us, among other things, to adjust the color temperature of the camera to the ambient light thanks to the True tone Of the brand.

In terms of design, the new iPad 2021 maintains the guidelines of previous years. We have the same Home button in the center of the lower side, the same frames and we also have the rear camera placed in the same place. The screen also respects both the 10.2 inches of the previous generation and compatibility with Apple Pencil, as we saw coming a few generations ago.

As in previous years, the new iPad 2021 comes in WiFi versions and also with cellular connectivity, or 4G. ** The new iPad 2021 arrives direct with iPadOS 15 on board, the latest version of the company’s tablet operating system. By the way, fast charging goes up to 20W on this iPad 2021 and Apple includes the charger in the box.

Versions and prices of the new iPad 2021

The new Apple tablet lands on the market at a starting price of 329 euros for the WiFi model and 519 euros for the 4G model with 64GB of space. Soon we will have the official conversion to euros with the departure date for Europe. The company has indicated that the tablet can be purchased from today but that it will not begin to be delivered until next week.