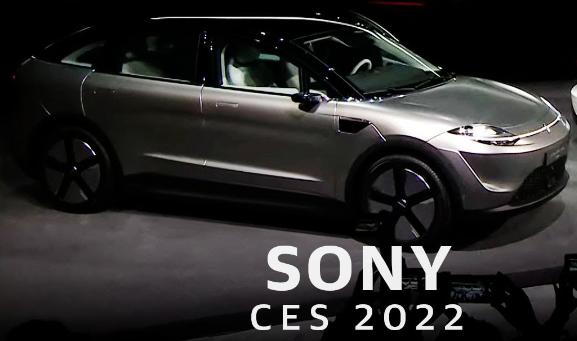 Index hide
1 Sony announced all upcoming releases during its CES show. From cars to televisions or drones. You have all the details in the note.
1.1 Televisions
1.2 Sony’s new vehicle
1.3 Airpeak S1
1.4 Starsphere
1.5 360 Reality Audio
1.6 Future of sports entertainment
1.7 Virtual Production
2 Share it with whoever you want
3 Related Posts

Sony announced all upcoming releases during its CES show. From cars to televisions or drones. You have all the details in the note.

The second day of the CES 2022 brought many important news. The electronic products fair par excellence has high-level exhibitors who year after year seek to show their products. In this context, one of the most popular brands left us several surprises: we refer to Sony.

It should be noted that the following is Sony’s passage through CES 2022 and that they do not include the PlayStation news. This means that we will have a long list of televisions, headphones, turntables and more.

One of the points where Sony stomped on this CES is in terms of televisions. The company announced its next model line Bravia XR. This range includes the first television Quantum dot OLED, the QD-OLED, in addition to covering several teles Mini LED. The versions offer a much more vivid brightness and with better contrasts, thanks to the Cognitive Processor XR from Sony.

Regarding the Mini LED models, Sony presented its new Master Series Z9K, which includes technology XR Backlight Master Drive, brighter and deeper darks. The Master Series Z9K will be available in 4K 65-inch, 75-inch and 85-inch models. On the other hand, it has the technology Acoustic Multi Audio, which combines sound with visual elements placed on the screen.

The company introduced the Vision-S 02, an electric car that began its test drives with 5G in April 2021. Although it is only a prototype at the moment, the company uses the same technology as with the Vision 01.

Read:  when the simple smile of a friend is enough to inspire you

This vehicle has sensors on all sides that allow it to recognize the terrain. These are divided into: high-range CMOS image sensors and LiDAR sensors, which detect three-dimensional space. On the other hand, the car will have voice commands and settings for both the vehicle and the user, which can be modified by linking the VISION-S 02 to the cloud. In addition, and if that were not enough, you will have a sound system 360 reality audio, along with screens in the rear seats that allow you to enjoy games of PlayStation or play videos.

The Airpeak S1 Sony is the drone smallest in the world. This one may have a camera Mirrorless Sony Alpha, although it already has its own camera FPV integrated. The drone has propellers, motor, control system and detection technology. All this allows you to fly in total stability at 80 kilometers per hour in just 3.5 seconds.

Starsphere is a project in collaboration with the University of Tokyo and JAXA. Sony’s goal is to provide a spatial experience that inspires users. With it, it will be tried that all people have experiences of an astronaut in an entertaining and didactic way.

Through a live, held on January 6, we were able to enjoy realistic and immersive performances thanks to the combination of images and spatial sound. One of the chosen was David Bowie in this A Reality Tour in 360 reality Audio.

If he Hawk Eye It was already an important technology to be introduced in sports, Sony prepares something even greater for us. They will use a new system of collecting data from athletes’ bodies and objects to recreate a specific action virtually the moment it occurs. Furthermore, along with the Manchester City, they will create a virtual community of next generation fans.

It will be a new tool for content creators, who no longer have to worry about the environment. Virtual Production integrates the background image together with the person in real time. This can be achieved thanks to the combination of Crystal LED together with the VENICE cinema camera, which improve the resolution and definition of the images.

without fear of a slump in the zombie series