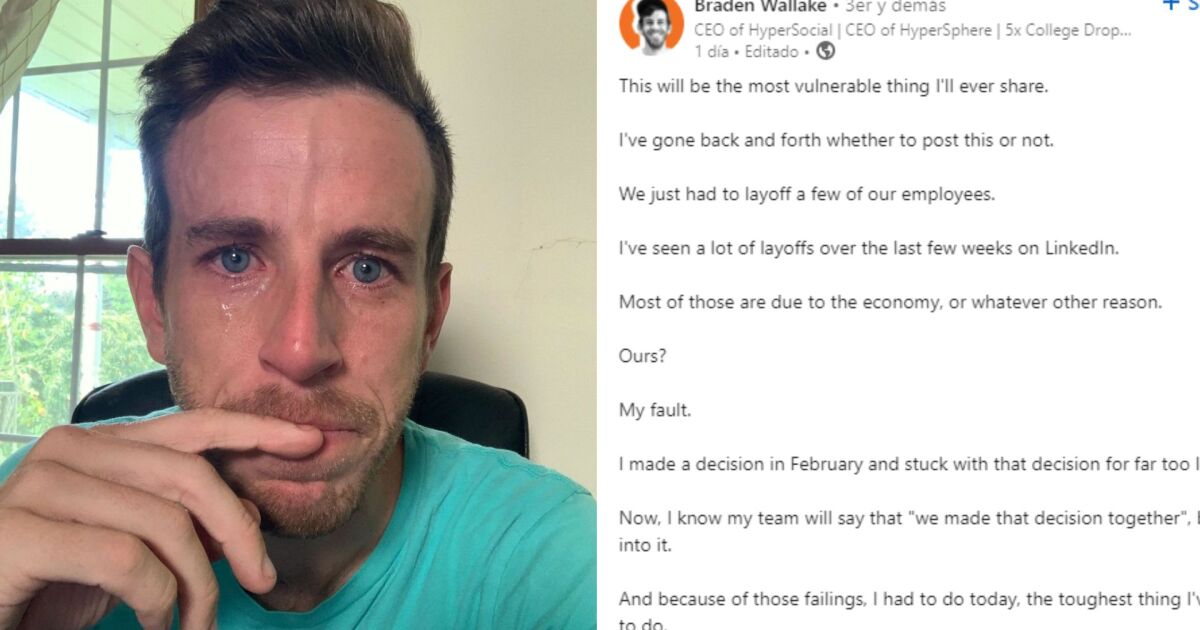 HyperSocial is a marketing agency based in Columbus, Ohio. According to Wallake, in February he made a decision that didn’t turn out the way he hoped and hence cuts had to be made.

Originally, the publication pointed out that said decision had been to stop selling its main services and instead concentrate on a new service with a higher price; however, the CEO edited the content of the post and deleted that part of the explanation.

“On days like today, I wish I owned a business that was only driven by money and didn’t care who they hurt along the way.”

Although some people agree and empathize with Wallake, in the comments of the publication another part of the social network users criticized him for the use of a selfie in which he appears crying.

“This is one of those posts that must have felt like a ‘good idea’ at 2am, but never should have seen the light of day. Even if the intentions were good, it’s incredibly manipulative… especially with the ‘crying selfie’. I feel that in the race to generate views/likes/comments, LinkedIn posts are drifting further and further away from the original purpose of the site, which is to build a professional network and share valuable career advice.” noted one user.