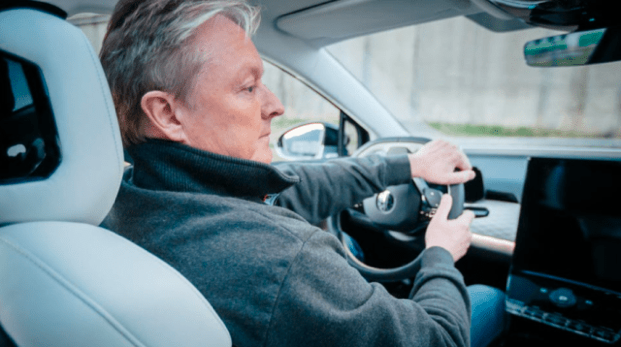 The millionaire purchase of Elon Musk’s Twitter has not stopped generating positive and negative comments around the world. Another figure who has decided to delete his account on this social network is Henrik Fisker, CEO of electric car maker Fisker Inc., as he fears how the social network now owned by Musk will operate today.

According to data from Statista, the social network Twitter has an increase in the number of users that seems to have no ceiling during the next five years. In 2023, the number of monthly users of the little bird’s social network could exceed 340 million, that is, 50 million more than those registered as of 2019. Translated into percentages, the projected growth of global Twitter users between 2020 and 2024 will remain in a range between 1.5 percent and 2.5 percent.

This Monday, April 25, Twitter accepted Musk’s $44 billion offer to buy the company and take it private.

What a high-profile departure from the social network meant this week is the departure of businessman Henrik Fisker, CEO of electric-car maker Fisker Inc., as he did for concerns about how the platform that is now in the hands of Elon Musk will operate, his longtime rival for owning Tesla.

Fisker is a well-known automobile designer who once worked for the South African tycoon under contract in the early days of Tesla.

He also assured that he is not so sure that Musk says that is committed to making Twitter a bastion of free expression.

“I believe 100% in free speech,” he told Forbes via text message. “But I don’t want my freedom of expression to be actively managed or controlled by a competitor. And I don’t want a competitor determining how my fans experience Fisker as we grow our company,” he said in his post.

Although the CEO of the brand is no longer on Twitter, his company Fisker Inc. does maintain his account on this digital platform, for which he assured that “Whether or not the Los Angeles-based automaker maintains its account is a company decision.”

Tweeters expressed concern about the arrival of Elon Musk

This personality is not the only one who has shown concern about the arrival of Musk at the helm of the social network, since some users of Twitter expressed themselves about the direction that the platform will take under the control of the considered richest man in the world.

As they also discussed about the freedom of expression that the social network will currently have as one: greater tolerance for hate speech, vaccine falsehoods; and content that is racist, misogynistic, or anti-LGBTQ.

To date, there are many people who wonder how many will leave the little bird’s social network because of these measures.

This Tuesday, April 26, the billionaire and owner of Amazon, Jeff Bezos, also spoke of Elon Musk for the purchase of Twitter, where he wondered how much influence the South African’s business with China will have in the new configuration of the social network.