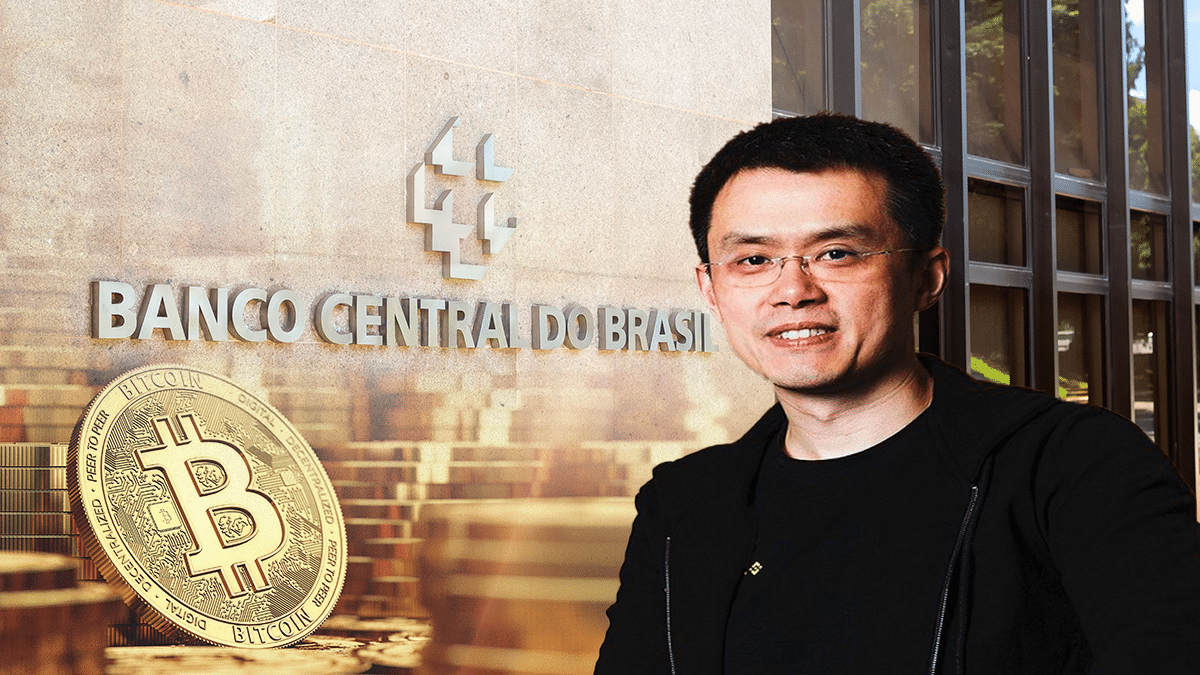 Index hide
1 Key facts:
2 The focus of this meeting would be on Bitcoin Law
3 Good and bad services with bitcoin in Brazil, whose side is Binance on?
4 Binance spreads its wings to fly over Latin America

The president of the Central Bank of Brazil, Roberto Campos Neto, met with the CEO of Binance, Changpeng Zhao (CZ), last Friday, May 13. The meeting, held by videoconference, was given as part of the plans of the bitcoin (BTC) exchange and other cryptocurrencies to strengthen its presence in the giant South American country, and therefore in the region.

The mission of the cryptocurrency company is to set up an office in Brazil, where its platform registers the highest volume of operations with bitcoin in the region, according to informed by local media.

The meeting between CZ and the president of the Central Bank of Brazil can be interpreted as a sign that both make preparations for the Bitcoin Lawwhich is one step away from being approved, after approval by the full Senate.

The focus of this meeting would be on Bitcoin Law

As reported by CriptoNoticias at the end of April, the bill to regulate the cryptocurrency sector in Brazil indicates that it will be the Executive Power that chooses the industry’s regulatory body. It means that the Central Bank can be appointed as the body responsible for supervising exchanges of cryptocurrencies and other digital asset service providers.

However, the Central Bank has been working in advance on the development of guidelines for the supervision of financial transactions with cryptocurrencies in Brazil.

A new order would have been addressed to all financial institutions by the highest monetary authority. According to the media report, it seeks to frame bitcoin and other cryptocurrencies, as “investment vehicles”.

Therefore, crypto-asset exchanges would have to follow the rules of other investment funds regulated by the Brazilian Securities and Exchange Commission (CVM). With that, all would be required to have a physical headquarters in the country to be able to operatein addition to keeping records and documents that support the digital transactions they handle.

Good and bad services with bitcoin in Brazil, whose side is Binance on?

Brazilian lawyer Fabio Braga believes that the Central Bank seeks to identify and segregate providers of products and services, of good and poor technical and operational quality, with greater transparency and accountability.

Read:  Inflation breaks historical ceiling records in more than 40 years in the US

The measure would have arisen from recent cases in which Binance was involved, when it was sued by Banco Santander for maliciously obstructing the investigation of a diversion of around 30 million Brazilian reais from a bank account of the Gerdau steel company.

According to the demand, seen by means Folha, Binance argued “technical inability” to file a report containing the identification of those responsible for the bitcoin wallets involved in the alleged money theft that occurred in April 2020.

Santander subsequently appealed, and seven months later, Binance lost. And, although the exchange had declared that it could not technically provide the data, it presented the information in less than two hours after the judicial decision, as reported by the aforementioned media outlet.

Binance spreads its wings to fly over Latin America

As CriptoNoticias had already confirmed in 2020, Binance has long had expansion plans in Latin Americaa territory that it sees as an opportunity for growth because its population has been waging an intense battle against inflation.

In fact, this year CZ toured Latin America, visiting countries such as Brazil, Mexico, Colombia, Uruguay, Argentina and El Salvadoras it he pointed On twitter.

In March, he met with the president of El Salvador, Nayib Bukele, and also shook hands with Eduardo Páes, the mayor of the Brazilian city of Rio de Janeiro, which will accept bitcoin for the payment of taxes and where Binance will install a physical office.

In Uruguay there were apparently no agreements that will boost the adoption of bitcoin, but still CZ had a brief meeting with the country’s president Luis Lacalle Pou.

With all these meetings it seems that CZ is preparing for the future, because as said in Spain in April, it is true that bitcoin still “has not replaced traditional money, but I believe that when the teenagers who are 15 years old today have turned 35, cryptocurrencies will be everywhere. People will use them to pay for coffee or in supermarkets.”

The premium car brands that are revalued the most

Sonic Origins: One of the game’s developers commented that he is “very unhappy” with the final result and blamed Sega

Steam Summer Sale: 10 offers and discounts that you can not miss