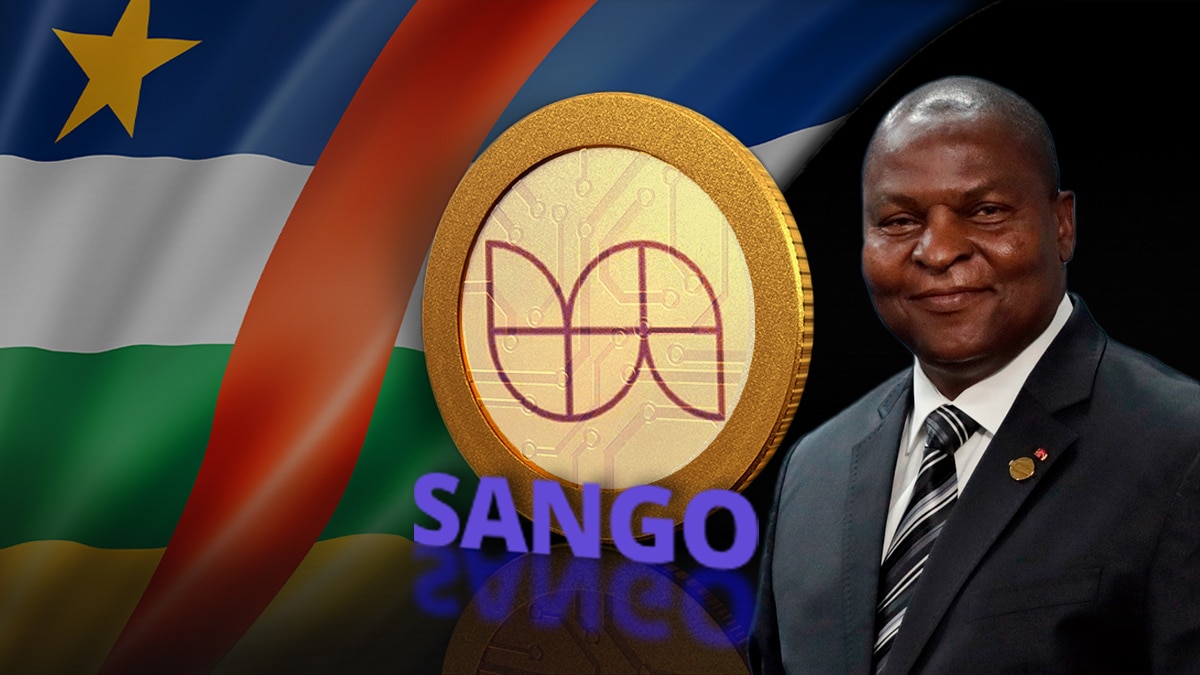 Index hide
1 Key facts:
2 The “crypto-island”, like Bitcoin City
3 The Central African Republic and a long road to digitization

Faustin-Archange Touadéra, President of the Central African Republic, presented today, Sunday, July 3, 2022, the cryptocurrency Sango Coin. This will represent the possibility of trading the resources of his country with the rest of the world and will provide greater financial inclusion for the inhabitants of that country, he said in his presentation.

At the Sango Coin launch event, streamed live via streaming, members of President Touadéra’s cabinet and businessmen from the industry were present, in addition to the maximum agent. The experts gave technical details about this initiative.

Sango Coin will be based on the fundamental pillars of the pro-bitcoin regulation and the relationship between the public and private sectors for technological developments in the country. Citizens and investors will be able to use this cryptocurrency to acquire tokenized property and real estate, and will even be able to participate in the governance of decentralized autonomous organizations (DAO), the government announced in its broadcast.

The main purpose of Sango Coin and the ecosystem that will be built around it is to attract investment to the country and provide the “digital and physical” infrastructure for it. As CriptoNoticias has reported, the comprehensive project is aimed primarily at the cryptocurrency and technology sector, as well as establish the creation of a Digital Bank of the Nation with official recognition of the State.

The implementation of this plan includes benefits for investors, such as the registration of companies through the Internet and the possibility of accessing the citizenship of that country. Also, will be exempt from certain tax obligationssuch as income tax.

Before the end of 2022, the Central African Republic intends to have a legal framework ready for cryptocurrencies. At the moment, based on the law that determines bitcoin as legal tender, the State of that country created the National Agency for the Regulation of Electronic Transactions (ANTE).

Read:  "Bitcoin Valley" is born in Honduras, where tourists pay with cryptocurrencies

Parallel to this physical space, another version would be created in the metaverse. In this place, the world of properties and real estate will be united with a digital representation, which will add “other edges for expansion in the future”.

As highlighted on the official website of Sango, this is a project that was born from the National Assembly of that country. In April, the Central African Republic became the second country in the world to make bitcoin legal tender.

The Central African Republic and a long road to digitization

This year, the World Bank approved a USD 35 million development fund for the Central African Republic. The purpose is the “digitalization of the public sector”, an initiative parallel to the adoption of bitcoin and Sango.

However, as pointed out in this medium, both the Sango plan and the massive use of bitcoin as a means of payment collide with the Central African reality, at least until now. In that country, less than 8% of its population of almost 5 million people have access to the Internetso they would be excluded from this “technological revolution” that Faustin-Archange Touadéra intends to implement.

In his announcement today, Touadéra assured that the great infrastructure that telephone companies have on the African continent (half of what exists worldwide, according to the president) will be key. Thus, according to his words, Central Africans will only need “a cell phone” to access bitcoinSango Coin and the technological and digital revolution that the country wants to achieve.