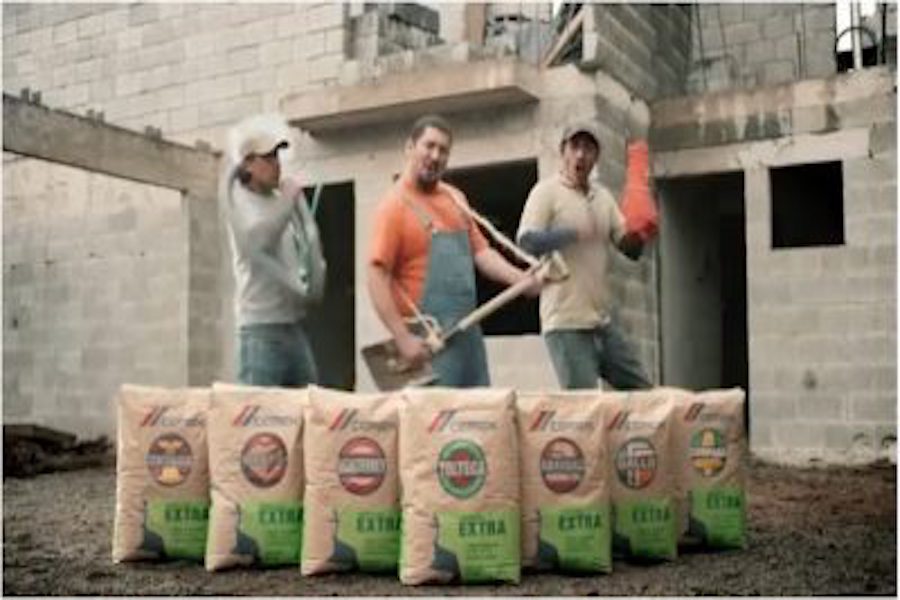 Design is the protagonist of a new promotion in Mexico and now it is Cemex with a sack-shaped backpack of cement, which follows in the footsteps of Huevo San Juan when he launched his popular suitcase in the shape of an egg box.

Cemex promotes on social networks the backpack in the shape of a sack of cement, which is one of the most popular packages in the country, due to the great demand for this product under construction.

The backpack in the shape of a sack of cement has already been seen, although in a somewhat improvised way with the image of Cruz Azulso the idea is not new, however, it is an original promotion strategy that follows in the footsteps of Huevo San Juan.

Within the promotion that they have activated on networks such as TikTok, the cement brand shows the accessory in material that gives the appearance of being a sack of the famous construction material and red straps.

The best promotion through design is the last great strategy of brands, with which they seek to attract the gaze of the consumer, through habitual elements as it happened with Egg San Juan.

Read:  This is what consumers will be like after the pandemic

A common activity was the transfer of luggage inside boxes of this brand, which became a popular practice, so taking advantage of the design, the brand launched a suitcase with the appearance of an egg box and achieved the best PR strategy that a brand in this segment has achieved so far.

Design, the how of promotions

Knowing how to achieve a good promotion forces us to see in design the best opportunity to make a brand transcend in the market, especially when it comes to categories where certain packages or products are widely known.

Coca-Cola has one of the best-known packaging on the market and its influence has translated into motivation to get other brands to bet on making design their best way of selling.

In these cases, a tremendously important aspect is to understand what is worth and what is not when establishing the importance of a product.

When to invest in design

Cemex invested in the design of a backpack that looks like a sack of cement, when he decided that he should activate a promotion with this product and the measure is not wasted, especially if we consider that today, promotions are in search of better creative resources.

There is no recommended time to invest in design, it is based on the needs of a brand and the objectives that are presented.

For example, a gummies startup started selling gummies in resealable bags that are bought in bulk and glued labels with their brand on them. The growth of the brand made it necessary to change the design of the packaging and customize both the material and the design of these bags.

This Cemex promotion giving away a backpack in the shape of a sack of cement is becoming known through social networks.

Using the design for a promotion forces you to think about where to activate it. Egg San Juan did it in a bus terminal, where it is common to transport belongings in egg boxes. Cemex decided to promote their cement sack-shaped backpacks on social networkswhere he has given the bases to be able to get one of these, while the gummies entrepreneur activated the new packaging of his bags at the point of sale.

The place of activation is determined by the need that the brand is presenting and the capacity that the created design can achieve, in each of these spaces where it is presented.