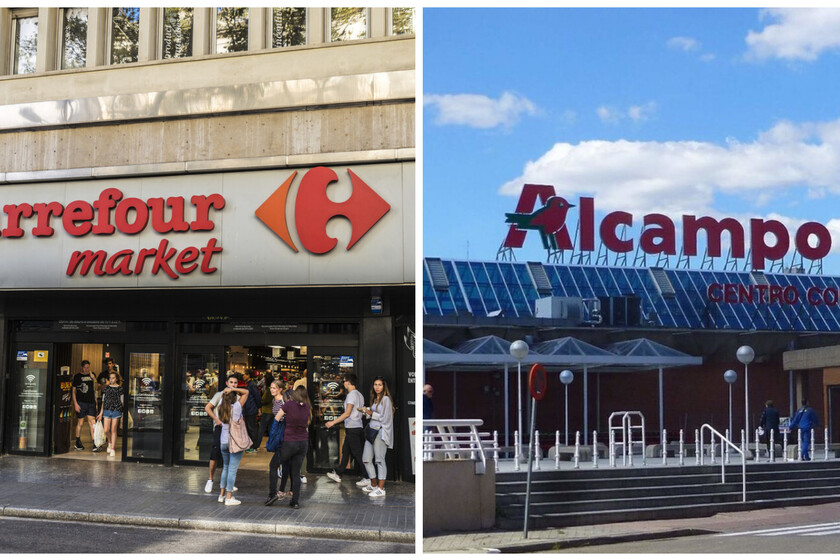 Alexandre Bompard, General director of the Carrefour group, he began to talk in the spring with the Mulliez family, owner of Auchan (in Spain better known as Alcampo) regarding a possible merger.

This is what journalists Cécile Prudhomme and Isabelle Chaperon say in Le Monde: information that has caused an earthquake in the Paris stock market, with vertical rises and falls in the price of Carrefour, which closed yesterday with a fall of 2.69 points. Auchan remains a family business (owned by Decathlon or Leroy Merlin) that is not publicly traded.

It is no secret that Bompard is a supporter of speed up mergers in the fragmented supermarket sector. In 2018 he tried unsuccessfully to join him Casino group (very powerful in France). In February of this year the Canadian Food Group was Couche-Tard -Without presence in Spain- the one who tried unsuccessfully to approach Carrefour.

As explained in Le Monde, Far from getting scared out of these failed merger attempts, the CEO of Carrefour continues to try new ways of fusion, with the main objective of surpassing Leclerc, current leader in the French distribution market.

If undertaken, the merger of Carrefour and Auchan could have problems with competition law French, because together they would add up to 27.9% of the total market share. Furthermore, it is not a straightforward merger, given that Carrefour is a publicly traded company and Auchan is a family business, which makes it difficult to carry out a takeover bid. It would, however, according to the sources cited by Le Monde, a salvageable obstacle. The dialogue, according to French journalists, continues.

Read:  Is it a good idea to buy an iPad Pro now that they are cheaper?

If Carrefour and Alcampo joined forces in Spain, the chain would have a market share of 11.8%, still far from the 24.5% it accumulates Mercadona.

The third team with the most Super Cups plays in the third category… which one is it?

They discount the day to an employee who always worked extra