Carlos Sainz seeks to stop Max Verstappen as a team: “Not having me up there was detrimental” 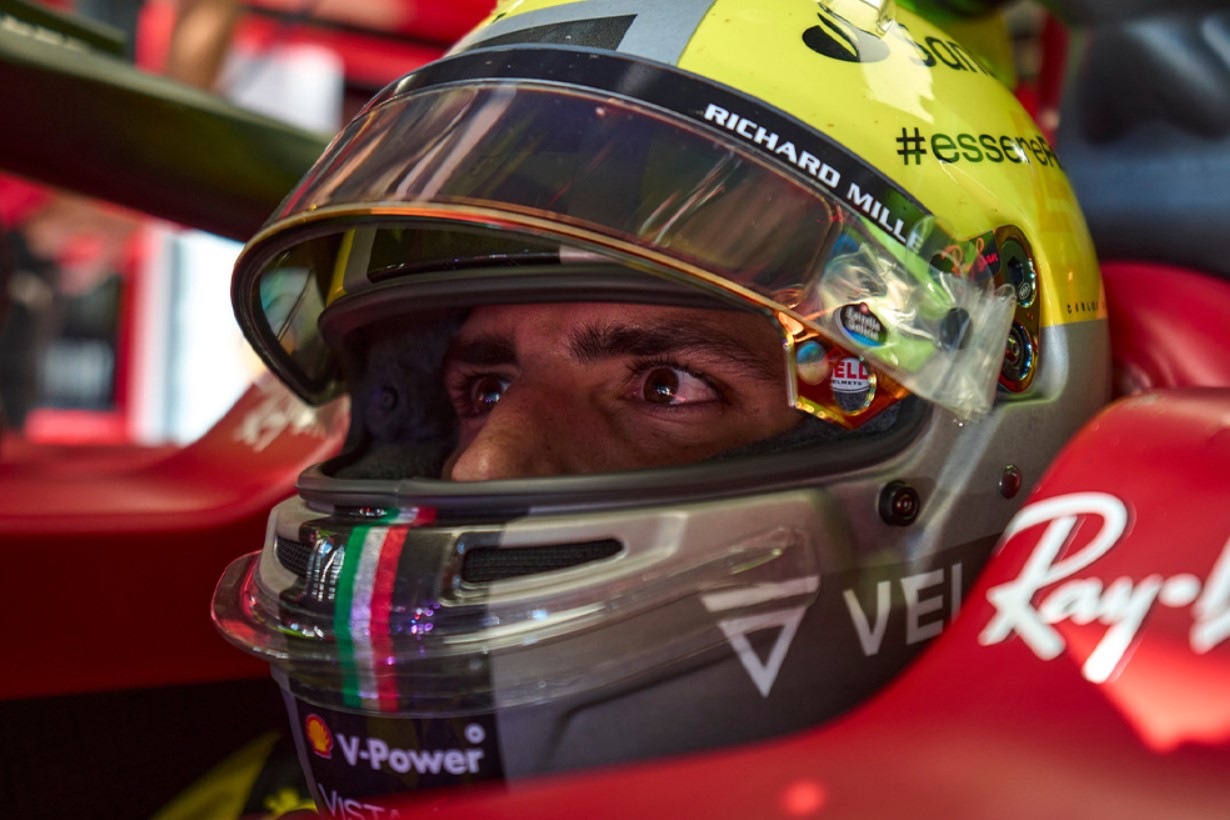 The Ferrari driver regretted not being able to use his good pace at Monza to condition Verstappen’s strategy alongside his teammate Leclerc. Looking ahead to Singapore, the Spaniard hopes that the performance compensates for the “mistakes of youth” that the Scuderia manifests.

After an intense ‘back to school’ with three consecutive weeks of racing, the cancellation of the Russian Grand Prix for this season and the coming ones has meant that 2022 has a small break of three weeks. In the middle of his particular ‘Indian summer of San Miguel’, Scuderia Ferrari is one of the teams that has the most work to do when it comes to reevaluating its plans and goals for the rest of the season before the return to Southeast Asia in Singapore.

Without having managed to stop the winning streak of a Max Verstappen who is practically virtual champion, the Italian team has had to settle for add a podium per race, with Carlos Sainz third in Belgium and Charles Leclerc in the Netherlands before the Monegasque finished second in Italy. With the exception of the Zandvoort event, the Italian formation he lost grid positions with one of his drivers in the other two events due to engine changessomething that has damaged his chances of facing the Dutch steamroller who has accumulated 11 wins in 16 races.

In particular, the most recent case was especially sharp for Carlos Sainz, who exhibited great pace throughout the weekend at Monza and held provisional pole for much of Q3 despite being doomed to start at the back of the grid. From there could only come back to fourth place, depriving the final Safety Car of an assault on George Russell’s podium position. With this, the Spanish rider remains fifth overall with 187 points, 32 behind the runner-up position currently occupied by his teammate.

The Spanish driver believes that a good part of his chances of stealing victories from Red Bull goes through having both cars up front, and thus maximizing his strategic options: “If I hadn’t had a penalty, We could have put Max under a lot of pressure by having two cars up there.. Unfortunately, we couldn’t split the strategy because of that, so we let Max have the option to go against Charles. I believe that not having me up there, with the rhythm I had, was detrimental».

Index hide
1 Singapore, the best opportunity to “play with Max”
1.1 Youth, blessed treasure…
1.1.1 Does Mattia Binotto deserve to continue at the helm of Ferrari? Montezemolo renders his verdict

Singapore, the best opportunity to “play with Max”

No recent references to the Marina Bay circuit, where Formula 1 will compete for the first time since 2019, Sainz trusts that the profile of the demanding urban layout and the night conditions will be favorable to your interests. “When we stop having sanctions, we can go to favorable circuits like Singapore and I am at the top, we will have two cars. Not to gamble, but to ‘play’ with Maxand I think we’ll be in a better position.”

The great inertia of Ferrari at the beginning of 2022, with two victories and seven podiums in the first four races, was noticeably slowed down as summer approached, without the Scuderia having managed to place both cars on the podium in any of the last eleven races. In this regard, Sainz alludes to the competitive team youthwhich underwent a profound restructuring after the difficulties suffered in 2020.

“It is a good reaction for our team, which is maturing. It is a young team, and we are also young when it comes to working together. There has been progress this year, and although it is a difficult second half of the year, I think we are going to learn a lot from all this for the last races and go for it all next year again”, said the Spanish driver, looking for his second victory in the remainder of the season.

Does Mattia Binotto deserve to continue at the helm of Ferrari? Montezemolo renders his verdict

“It is a team that has learned a lot from this difficult year, and that has taken a massive step forward from last year in terms of getting back into winning contention. But we’re still making mistakes, we’re still learning», he clarified, emphasizing the different circumstances that have made them lose opportunities and positions this year. With Mercedes relatively close overall, taking advantage of every opportunity will be key for them.

Mexicans expect more inflation, but are confident of having a job and savings