Carlos Sainz reaffirms himself: despite everything, Ferrari’s season is positive 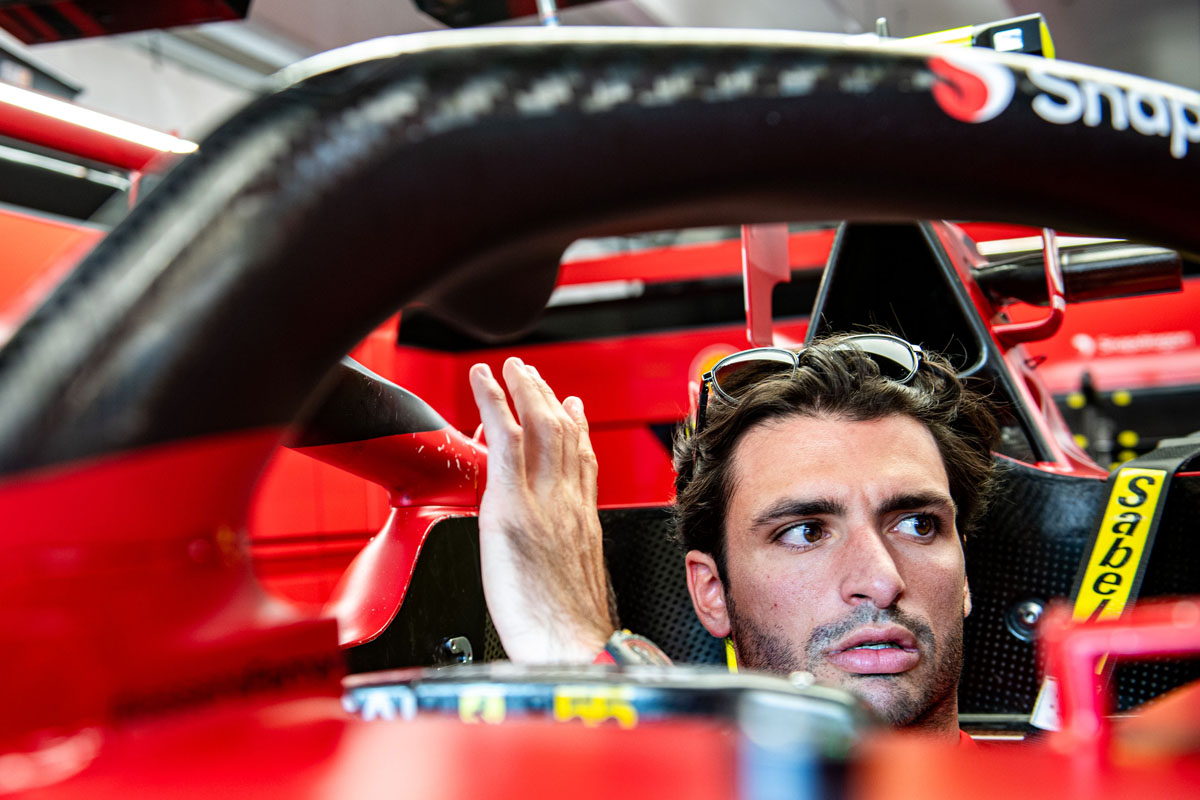 Carlos Sainz has assured upon his arrival at Spa-Francorchamps that at Ferrari they have fulfilled their initial objective by fighting with Red Bull and Mercedes for victories. The Spaniard distances himself from any other established script and prefers to go race by race.

There have been many setbacks for Ferrari in the first half of 2022. Several of them have lived Carlos Sainz in his flesh, but the man from Madrid has always shown enormous ambition. Nevertheless, the Spanish pilot has offered a more ‘neutral’ speech upon his arrival at Spaassuring that Ferrari has achieved its primary objective, fighting for victories with Red Bull and, ultimately, also with Mercedes. Sainz prefers to go step by step and seek victory race by racefar from more distant pretensions.

It is true that Ferrari has taken an important leap forward that has allowed it to be ‘in the thick of things’, as they say colloquially. Also, Carlos Sainz has been able to celebrate his first victory in Formula 1so in some way the speech upon arrival at Spa is a bit surprising: «For Ferrari it has been a positive first part of the season. We have achieved what was our first objective: to fight with Red Bull and Mercedes for victories. That was our main goal.”

A surprising reflection that can even be taken as defeatist, although Sainz has nuanced below, ensuring that «it is true that the car has been very competitive and that we could have won more times if we had done things perfectly. It is clear that we have to be perfect to beat Red Bull and, now, also Mercedes. They are two teams that are working and running at a high level. If we want to beat them, we don’t have to make any more mistakes. As soon as you’re wrong, they beat you».

With an already more recognizable speech, Carlos Sainz acknowledges that «the goal for the second half of the season is to win as many races as possible. I’m not interested in getting my second Formula 1 win on a rainy or weird weekend. I want to get pole positions and wins on my own merits and see how far they take us at the end.” Despite everything, the man from Madrid insists that “this year Ferrari has a competitive car and we have to find a way to squeeze it. The remaining nine races we are going to keep trying.

Read:  DSGI points out that the Dakar suffered two terrorist attacks in 2022

The duality of Hungary and the changes in Spa

Ferrari’s disastrous performance in Hungary could have affected Carlos Sainz, although it is true that the Spaniard qualifies the situation in which he and Charles Leclerc found themselves in Budapest: «We have different opinions about what happened in Hungary. I think Charles was very happy with his car. I had a lot of problems with the front tires. For some reason they did not reach the temperature. That’s why I lacked pace compared to Friday. There were no problems with my strategy in Hungary compared to the pace problems I had».

As for the Belgian GP, ​​Carlos Sainz has things very clear: «We know that in Spa conditions can change throughout the weekend. If a difficult situation arises, we will have to be better at adapting and making better decisions in the race. I will also have to be good at adapting to changes. This has never been a weakness, but maybe I have to work a little more on it. Regarding the modifications to the route, Sainz concluded that «I am always in favor of changes made for safety».

The four-day week is not only positive for the worker. It also makes companies earn more

Despite endless appearances in the media, Sam Bankman-Fried is unlikely to testify before the United States Congress on December 13.