Bullfrag
Home Technology Automobiles Carlos Sainz: «My work in the simulator is 90% for next year’s... 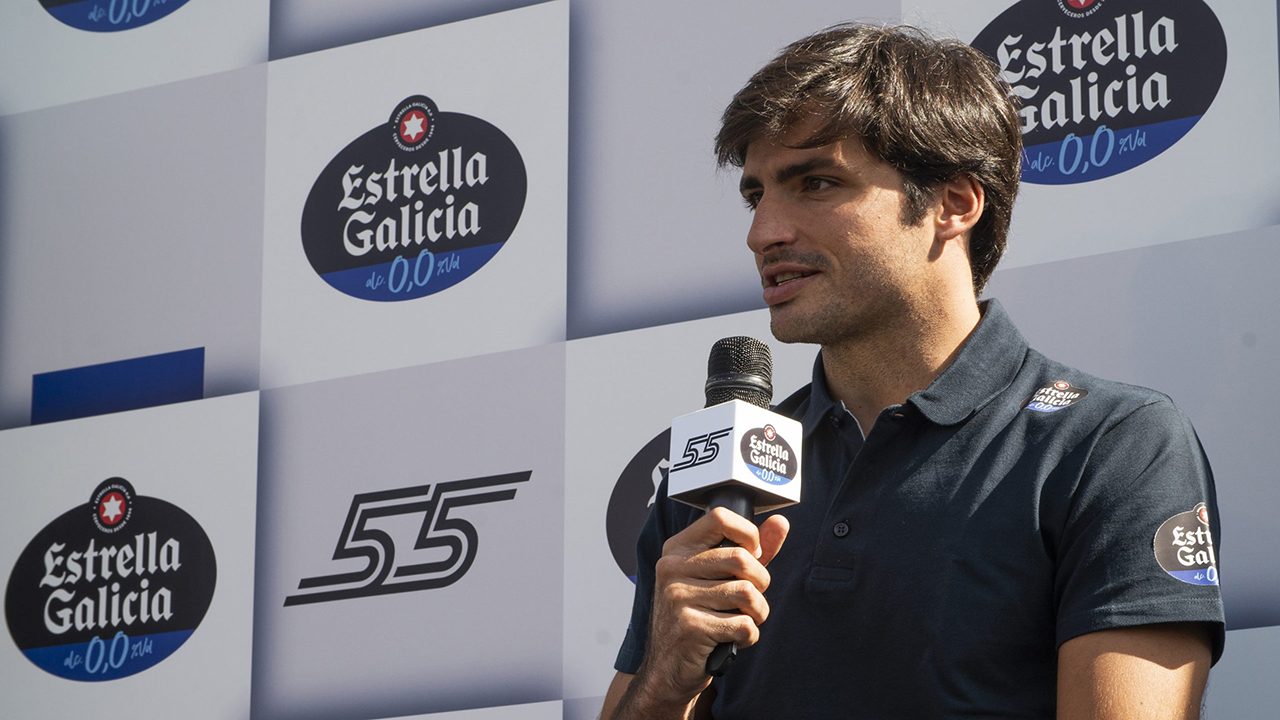 Carlos Sainz He took a while before traveling to the Russian GP, ​​where he has experienced two of his worst accidents in Formula 1, to do his now classic meeting with the press sponsored by one of his main sponsors, Galicia Star 0.0.

In this event he has made it very clear that the room for improvement is still high, since the aggressive driver who squared perfect weekends at McLaren has not yet felt. «I am not yet the Carlos on the edge and aggressive, and it is because of ‘feeling’ in the car. To have that point of confidence to shoot, when you know him fully and be able to be aggressive as he was at McLaren. Maybe I’m sinning a bit conservative now, but I still need to have that ‘feeling’, “he said.

Index hide
1 Sainz reflects on his latest accidents: “It will take time to happen again”
2 No regrets about swapping McLaren for Ferrari
2.1 Sainz lives his first GP at Monza with Ferrari: “It’s going to be incredible”

Sainz reflects on his latest accidents: “It will take time to happen again”

Although there are still eight races left until the end of the season and much to be decided, Sainz is clear that the objective and the team’s focus is and should be 2022. So much so, without losing sight of the evolutions that each race requires.

«The simulator sessions that I am doing are 90% for next year. The objective is to reach the maximum number of preparations for next year, and leave everything to us », advanced the Madrilenian. In this sense, he admitted that it gives “a lot of the ‘veneer'” to the mechanics Ferrari to find out well where the development projects of the car are going.

No regrets about swapping McLaren for Ferrari

One of the experiences that most caught the attention of Carlos Sainz in his move from McLaren to Ferrari has been living what it means to be in a team like the Scuderia, which allows him to do things that he could never have dreamed of before.

One of them, for example, was giving his parents and sisters a few laps in an old triplet at the Fiorano circuit. «It is something that I will never forget. And the GP in Monza, with the tifosi, who almost overturned my caravan with the illusion of having a Ferrari driver close by. Or be in my Maranello office and get a call to try a classic Ferrari at Fiorano. These are things that do not happen in other teams. I’m starting to enjoy the experience of being a Ferrari driver, ”he admitted.

Sainz lives his first GP at Monza with Ferrari: “It’s going to be incredible”

Perhaps that is why he does not regret, far from it, having left McLaren. It even bothers him that they ask him about it, since when he had good results with Ferrari this year, no one questioned whether he would regret it.

“When I was fighting for pole in Monaco, nobody asked me about McLaren or if I missed him. Now that he has won, they ask me. Last year I was very close to winning at Monza … If I miss McLaren? No. I am enjoying F1, I trust Ferrari a lot in the long-term project and we are working very hard to win it.

At 27 years old, Sainz is very clear that his career can be long and he is working for it. Having his father still active with almost 60 years and his good friend Fernando Alonso At 40, he looks strong and willing to continue much longer.

«My method of work is to try to extend my sporting career and prepare myself to be as long as possible. For me, athletes who seek to extend their sports career is a commitment to their sport. If I will be 38 or 40, I do not know, right now I would tell you that I do. I am working for it, for health reasons that is something that everyone should do on a smaller scale, “said the Spaniard.