Carlos Sainz: «I am deeply disappointed with what happened in Sardinia» 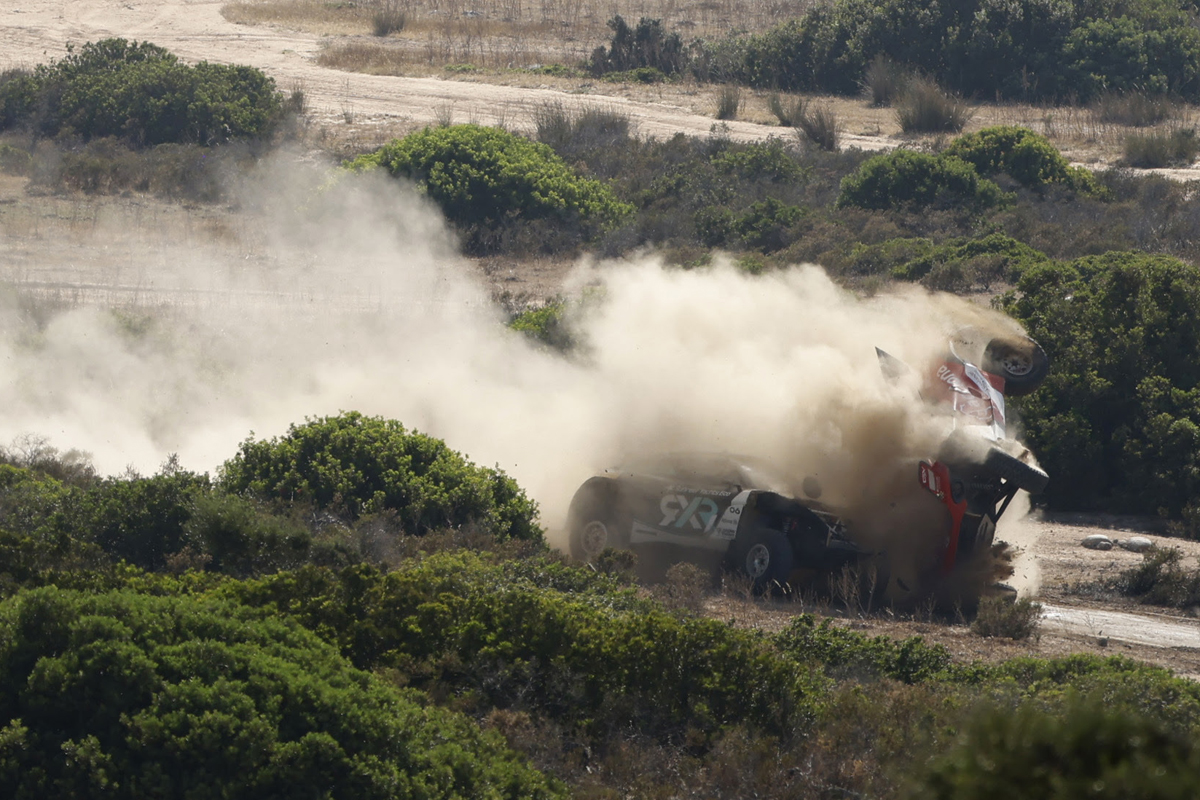 The strong accident between Carlos Sainz and Johan Kristoffersson in the grand final of the Island X-Prix has marked the development of the first of the two Extreme E events in Sardinia. On the one hand, the veteran Spanish pilot had to be transferred to the hospital to undergo different check-ups, tests that have confirmed that he does not suffer injuries. For another, Kristoffersson has received a 30-second penalty for the incidentsanction that has relegated the RXR team to the final third position. A penalty that ‘delivers’ victory to Kyle LeDuc and Sara PriceHummer Chip Gannasi drivers.

The accident took place at the start of the Island X-Prix final when Sainz chose to drive his Odyssey 21 on the main track, while Kristoffersson chose an alternative path to try to overcome the Spanish. At the moment when both paths joined, Johan Kristoffersson gave a strong blow to the Odyssey 21 of the ‘Matador’, a blow that caused Sainz’s 4×4 to roll several times. The accident left damage to both prototypes, although Kristofferson and his partner Ahlin-Kottulinsky were able to continue until they crossed the finish line in first place, a result reversed by the subsequent penalty.

Through social networks, Carlos Sainz He has pointed out about this situation: «Fortunately, all the check-ups have been positive and I have left the hospital, although I am quite sore. I am deeply disappointed with what happened in Sardinia, but as much or more than that a sanction of only 30 seconds has been applied to whoever caused this serious accident. In more than 40 years of career, this is one of the most serious actions I have seen without it having been sanctioned in an exemplary manner. Thank you so much to everyone for your messages of support.”

Read:  "I don't like" TikTok will allow us to identify inappropriate comments

From ACCIONA they have also been very critical: «Due to the severe pain he felt in the lower part of his body they have advised transferring him to undergo a medical check-up that has confirmed that he does not suffer any injury. The incident occurred at a point on the circuit where the main line along which Carlos Sainz was advancing at the time in first position and an alternative line joined.. Despite the fact that the rival car has been declared the only culprit of the hit, he has only suffered a 30-second penalty that even allows him to be third».