Bullfrag
Home Photography Carlos Pérez Siquier, the photographer who changed the history of photography in... 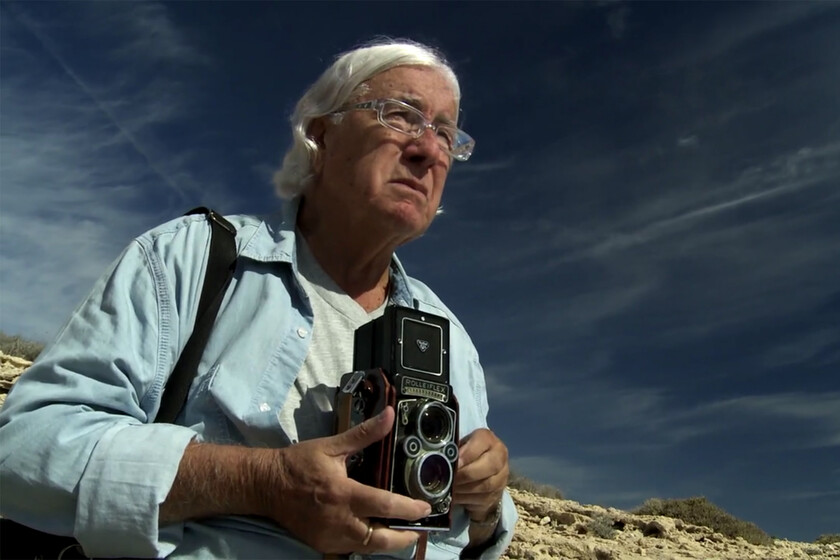 Carlos Pérez Siquier died yesterday, the penultimate genius of a generation that they remembered late. He received all possible awards, has his own museum and was able to see the light of the Mediterranean like no one else. In any other country it would be a day of national mourning, here we only remember all those who learned from it.

The world has changed a lot. 90 years ago, when he was born in his beloved Almería, everything was different. The world of culture and art was experiencing its silver age when everything was nipped in the bud. The war between brothers stopped society in its tracks. And their land became even more isolated.

He was a fan of photography, something we must never forget. His source of income was banking, an eight-to-three schedule with a jacket and tie. But then that gray world changed. The numbers were disappearing and I was looking straight at the light.

Today we are still abandoned without your looking. Also I can’t see his books to remind him because they are stored in the back of a storage room. But we have the memory and the internet to see his work again, from ‘La Chanca’ that opened the doors to his last shots in the color that Martin Parr liked so much.

The man who revitalized photography in Spain

For many people, the youngest of the place, it will be difficult for them to understand everything that Carlos Pérez Siquier and José María Artero García did in Almería in 1956. That alone would already deserve to be on the altar of photography.

They gave shape to the magazine of the AFAL group (Asociación Fotográfica ALmeriense). The association was presented in 1950, but in 1955, José María Artero was the president and Carlos Pérez Siquier the secretary. He was the artistic part and Artero the intellectual. And everything changed forever from one of the most remote corners of the peninsula.

Against all odds, against the fashions that prevailed then, the two of them searched, wrote and found those photographers who had something to say beyond the pictorialism and salonism that were triumphing then.

As we wrote on the occasion of the exhibition that had the history of the group at the Reina Sofía:

Someone knew someone, they got their postal address, and they sent them a letter that took days to arrive. If he was satisfied, he would send them photographs to be published in the magazine of an association in Almería … If there was a problem or you wanted to ask a question, there was no choice but to write a letter again, go to the Post Office, buy a stamp and wait for for the answer to come. Today it seems like a miracle to us, but it is still the germ of a photographic social network. But with a virtue. There was no time for nonsense and he got straight to the point. To pure photography.

They were the renovators of photography and managed to bring together the best photographers of the time in a magazine that marked the before and after … Until they reached that 1958 yearbook in which everything had to end because of money. But the seed was planted.

READ:  Samsung breaks its own record with a new 200 MP resolution mobile sensor

The quality of the group led them to exhibit outside our borders. And they have never been recognized enough for everything they did to reach the level we have today. When they started there were hardly any associations … Today they are countless.

His style was direct. There was no compassion or criticism in his shots. He was not an omniscient god, but he photographed what he liked. He did so from the beginning, in that report of ‘La Chanca’ in black and white and in all subsequent works already in color.

I do not know if it will be true or it will already be part of the legend, but He never used a tripod or wanted to know about the flash. And his gaze evolved from the classic reportage of the humanists to the closed frames in which color was the protagonist.

His style was direct. There was no compassion or criticism in his shots. He was not an omniscient god, but he photographed what he liked.

You can recognize him by the colors that he brought out with his camera. A saturated and clean tonality that drank from the most difficult light that we can only find in Almería. His images of the beach, when Spain was opened to tourism, caught the attention of Martin Parr in the exhibition he organized in New York in 2007:

The purpose of the current exhibition is to demonstrate that a culture of color photography equally alive in Europe operated before and during the 1970s. This work had been largely overlooked as it was not organized as a movement, nor was it promoted. by high-profile institutions. American colorists who made their mark in the 1970s are now enjoying a renaissance, while pioneering European equivalents remain relatively obscure.

We can find many things about him on the networks, such as the documentary ‘Azul Siquier’ that I hope they will program tonight … ‘Behind the moment’ dedicated a chapter to him in the first season (hopefully the third season will arrive) … But the best thing is to open a book of his and learn all the secrets of photography. Or go to his museum …

He was quite a character. I was lucky enough to sit next to him once and thank him for existing. Nothing would be the same if he had not tried so hard to look in a personal way and above all to communicate and unite all those who had something to say with the camera on his shoulder. One of the best is gone.

why mobile phones are the future of photography

A good trick for working with curves in Capture One

this is all we know about them so far

How to download music from Spotify, Apple Music, Google Play Music and other audio streaming apps