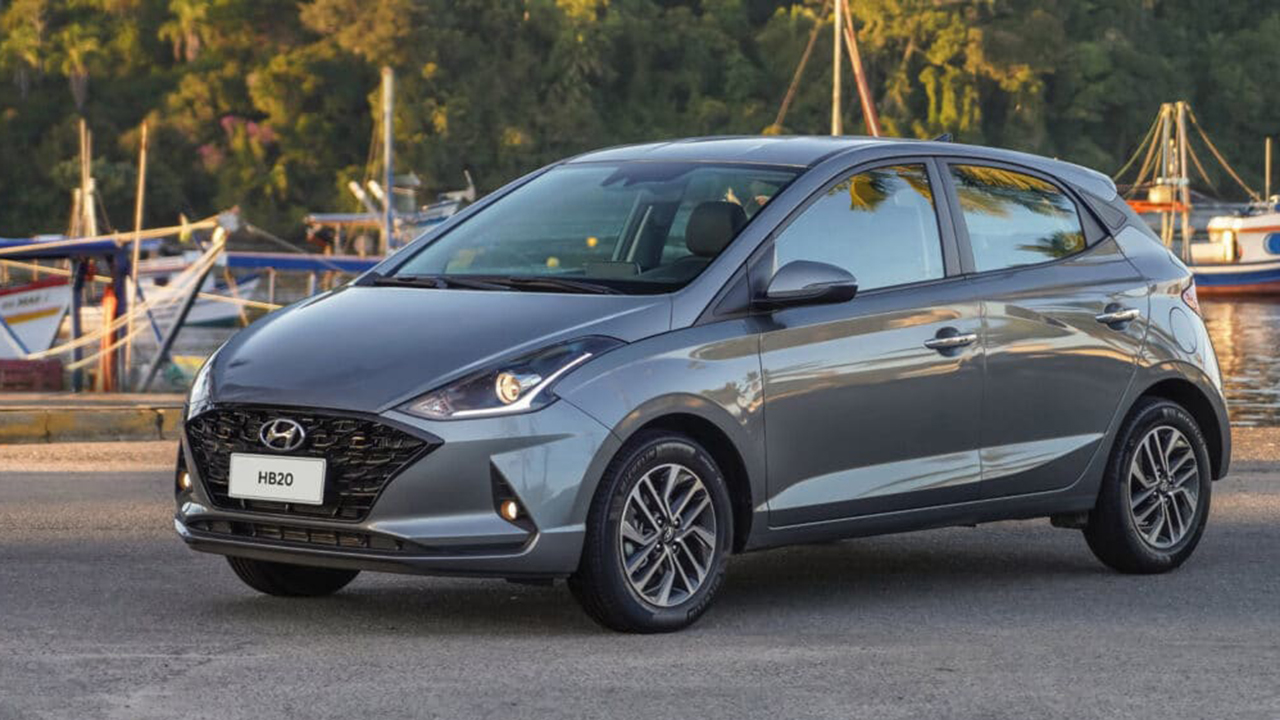 New car sales in Brazil in 2021 have reached 1,557,957 registrations, representing a fall of 3.56% compared to the previous year. The Hyundai HB20 has risen as the best-selling car in the Brazilian market after an excellent performance in December.

The Brazilian automobile market has closed the month of December 2021 significantly moderating its fall. The car sales in Brazil they have harvested 156,146 units enrolled, a result that, compared to that obtained in the same period of the previous year, represents a 19.77% decline. Unfortunately, the results obtained in recent months have weighed down the accumulated data.

In the period between January and December 2021 new car registrations totaled 1,557,957 units, 3.56% less than in 2020. The Brazilian market is being hit by the lack of stock in dealerships due to the global shortage of semiconductors and microchips in vehicle production centers. In addition, and if that were not enough, to this we must add the uncertainty derived from the coronavirus pandemic.

Chevrolet Onix, the best-selling car in Brazil in December 2021

What have been the most demanded models in Brazilian dealerships? The ranking of the best-selling cars in Brazil in December presents interesting news compared to previous months. However, the podium remains unchanged. The Chevrolet Onix gets a new victory and it stands tall. The second place went to the Chevrolet Onix Plus and, closing the podium, in third place, we have the Volkswagen Gol.

The Chevrolet Tracker has remained at the gates of the podium, which shows that, at least for the moment, Chevrolet has left behind all the problems of stock. The Renault Kwid (6th) has also received a great boost while models such as the FIAT Argo (14th) or the Jeep Renegade (16th) have fallen several positions.

Other models whose performance should be highlighted are, without a doubt, the FIAT Pulse (15th) and the Jeep Commander (22nd). Both are newcomers to Brazilian territory.

The registrations achieved by the manufacturers in Brazil are:

Regarding the most popular car brands, in December the victory went to Chevrolet, while Volkswagen and FIAT came in second and third respectively.

What has been the most outstanding model throughout the year? The Hyundai HB20 was the best-selling car in Brazil in 2021. Hyundai’s small utility vehicle has achieved a narrow victory thanks to its performance in the last month. It has been imposed on the FIAT Argo, which has been second. The Jeep Renegade was third. On the other hand, Volkswagen was the best-selling brand in Brazil in 2021 while FIAT and Chevrolet obtained the second and third places.

31 healthy, quick and very easy dinners so you have a choice all week