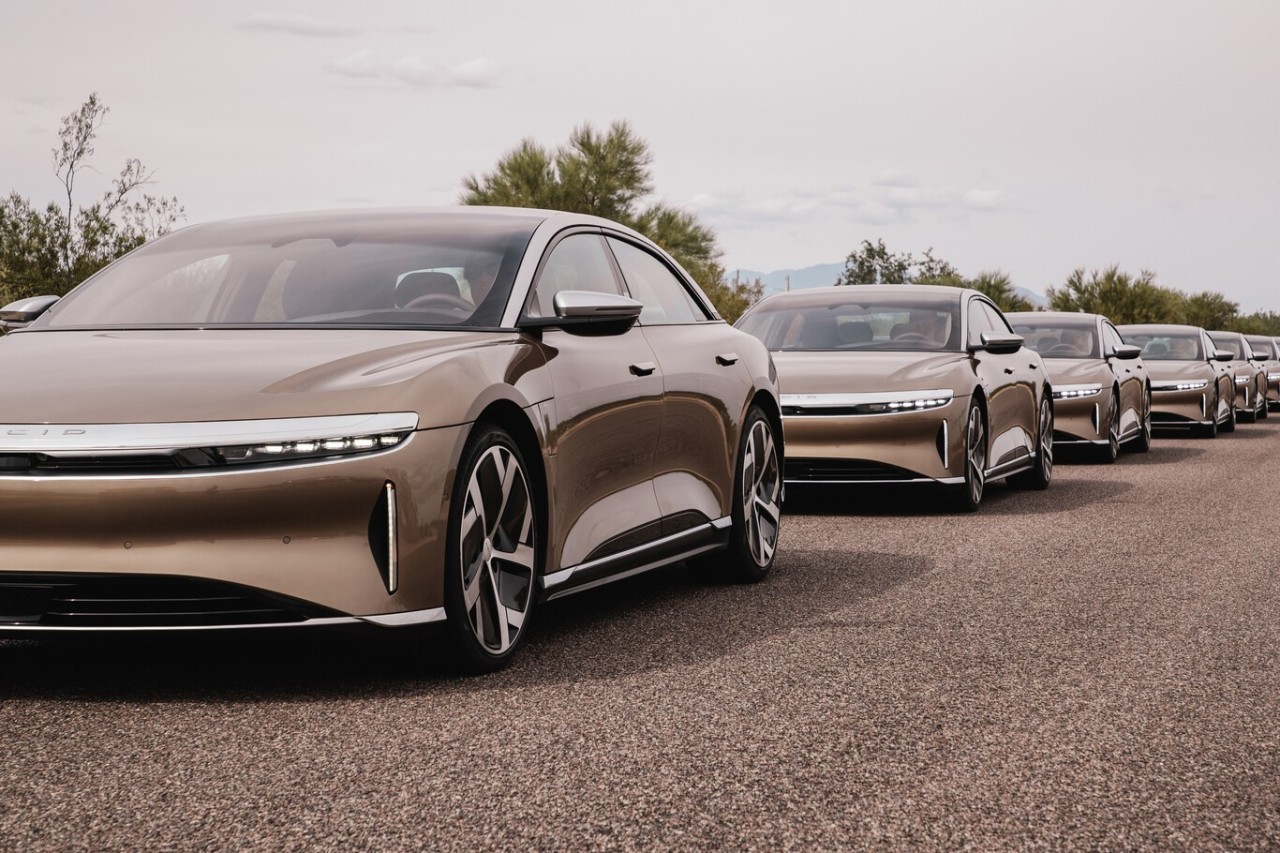 If you look at the orthodoxy of stock market analysis, the auto sector has been hyperinflated, especially if you look at manufacturers of electric cars that don’t come from the combustion engine. They have come to be worth many times what they are worth today. Let’s see what happened.

In recent months there have been Days of infarction in the stock markets of the United States, mainly very promising manufacturers, which have come to have stock prices as absurd as they are spectacular. In general, the NASDAQ index has had very good days, but things are cooling fast.

If we take a look at last year, at this point, near the end of June, we see that whoever has invested in new-style cars has not made good use of his money if he has kept everything in his portfolio. Polestar’s listing on the stock market has not been a festival for attracting investors.

It was the last to arrive. Polestar went public on Friday after completing the transaction through the SPAC with Gores Guggenheim, Inc. All the gains from Friday evaporated on Mondayand today they are almost flat… compared to yesterday, but below the expected emission targets.

Some values ​​of new automobile companies listed in the United States

Just look at a few figures on the performance of various stocks. Whoever had invested his money in all these companies would have incurred huge losses, unless he had taken advantage of the moment of maximum price (which no one usually knows except in the past). Over the course of 52 weeks,Tesla has pulverized all profits

, after having quoted almost twice as much as right now. Those who said – I include myself among them – that this manufacturer was clearly overvalued, especially when it exceeded a billion dollar price (billion with a “b”), are beginning to be more right. Investing in Nikola has been as ruinous as investing in Rivian,three quarters of what was invested would have gone to hell

. NIO, which is doing especially well in China, has lost half its value. Polestar is included in the table for simple reference, as it hasn’t been trading for even a week. Lucid falls, but not that much. The most astute reader will have seen the enormous volatility of some stocks, given the difference between the price low in 52 weeks and the maximum. That is what is scaring the most sensible investors, thevolatility

Read:  The new BMW X3 (G45) has already been hunted in road tests

who just hit a spectacular rise that falls into a spin. From the classical point of view of relating the value of a manufacturer to its sales, its market position, technological milestones… there seems to be a huge dissonance. Tesla was valued at its maximum without having all the factories that it now has open (two were under construction), nor after obtaining records of deliveries, production or profits.Many investors don’t give a damn about that.

The figures are telling us that there were many investors encouraged by the slipstream of the rises, believing that they would continue to rise and rise, and when recession winds come, they prefer to bet on other things. It is not something exclusive to these companies, money is also fleeing from crypto assets, large technology companies that have benefited from the pandemic (social distance, electronic commerce, entertainment…).

A catastrophe of biblical proportions is looming

Most of the manufacturers of new electric cars, without inheritance from the combustion era, although they are increasing their deliveries (or the trend is), are under scrutiny for the problems they face: they do not have guaranteed supplies, their costs do not stop rising -and they transfer them to customers-, the demand for electric cars can cool down (not at the moment)… … but its main problem is that it needs to go through a correction of the stock market and other assets. In other words,we must let another crisis come to destroy everything that is not sustained

. Some companies are in more delicate situations than others. The much-maligned traditional manufacturers have their feet firmly on the ground, it seems.

Is it a bad time to invest in the car? For those who expect quick profits, stay put. Whoever expects profits, as always, be patient, look at analysis and figures. One does not always live by illusions, expectations or promises, and the market attends both to reasons and to hunches.