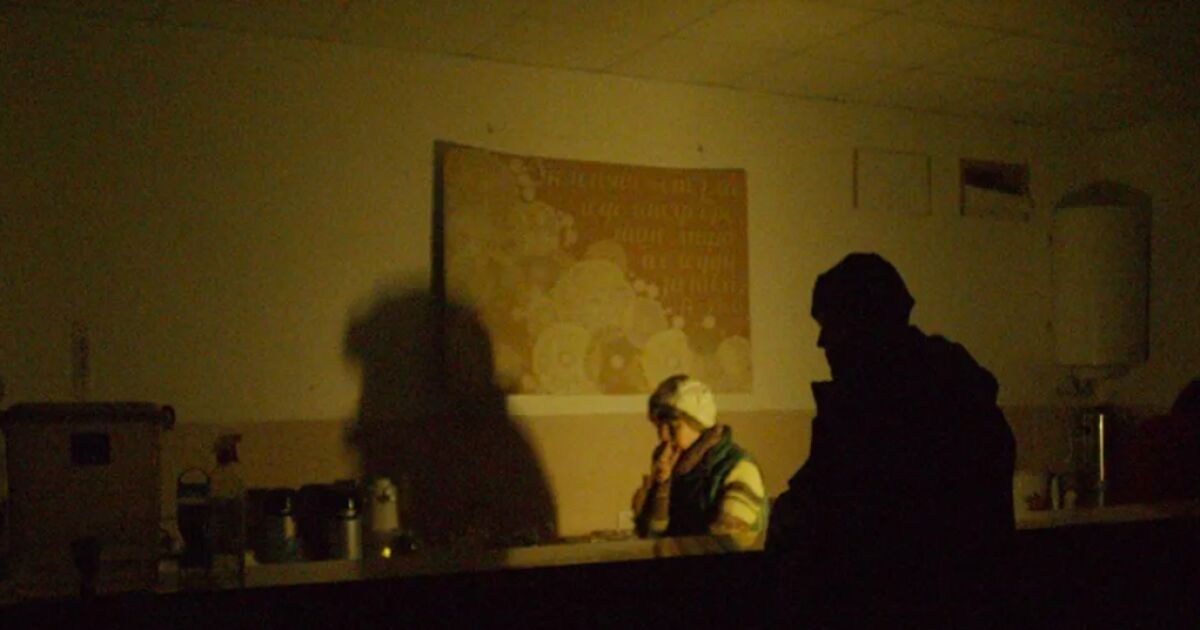 Kvedaravicius had been in Mariupol, a port city on the Sea of ​​Azov, when the uprising by the Russophile minority broke out in the Donbas region. The filmmaker returned in February 2022 “to meet with the people he had known and filmed between 2014 and 2015,” the statement explains.

Without voiceover or music, the documentary offers a naked look, with long shots filmed mainly inside and outside a church in the city, with a group of refugees, inhabitants of Mariupol who are reluctant to leave the city.

With their lives at risk, the men and women of the church go out in search of provisionsclothes, under the incessant noise of the bombs, the shots, sometimes far away, sometimes close.

Two refugees find an electricity generator in a house. Two corpses lie in the portal of the building. There is no time to bury them, recognize one of them. The refugees briefly pray to thank God that they survived another day.

According to reports from non-governmental organizations, hundreds of people who had taken refuge in a theater in Mariupol died in a russian attack in March.

The refugees in the church believe that divine protection will save them from the bombs. At one point in the documentary, a local official asks them to leave in order to close the temple. Those inside refuse, and the viewer only has to guess what will happen to those people.

Read:  I keep checking what's going on in Ukraine all the time but I can't stop looking

Cannes kicked off this week with a message from Ukrainian President Volodimir Zelenski, who asked the world of culture to get involved in denouncing the russian invasion.