Bullfrag
Home Entertainment Lifestyle Canelo could have the highest paid fight of his career for $... 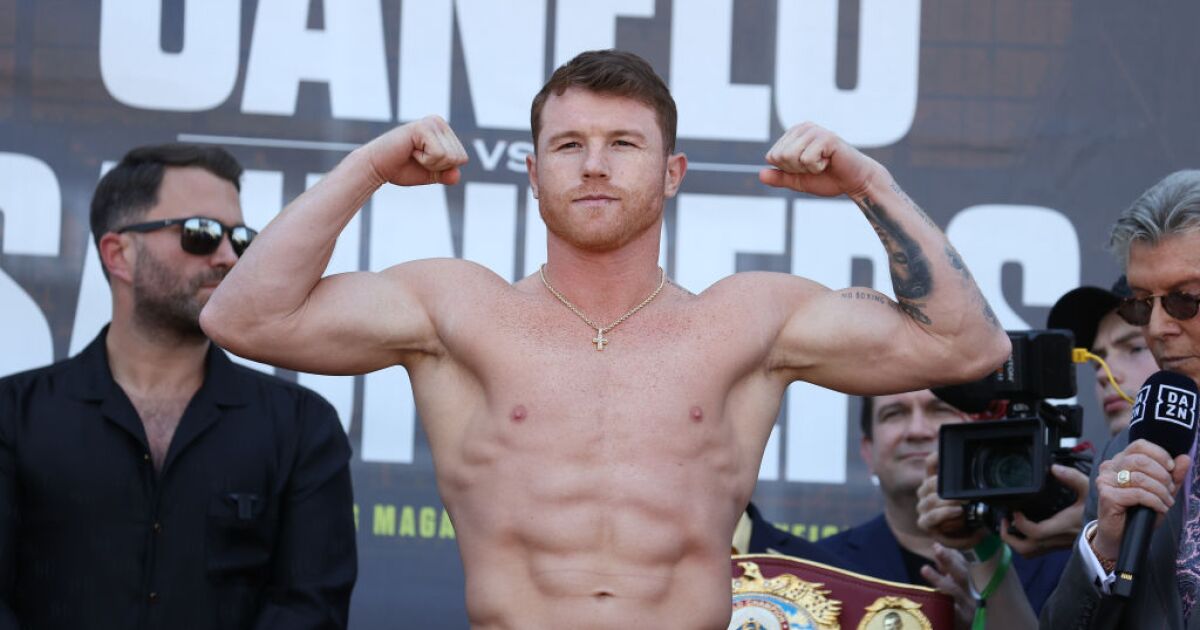 The ‘Canelo’ wants for him the four titles of the same division and this is prevented by Plant, who has the one that the newly married boxer is missing. Caleb Plant is a boxer managed by Al Haymon and PBC, an agency that initially wanted to sign him for two or three fights, however this would not be the case, it would be a pay-per-view showdown on Fox.
Versions have been leaked that this meeting would represent the best pay for Álvarez in his entire career, reported journalist Mike Coppinger.
This fight agreement guarantees a purse of 40 million dollars and a fraction of what is generated by the payment per event, a sum that would reach 50 million US dollars, about 1 billion Mexican pesos.
After his break with Oscar de la Hoya’s company, the redhead has made his last three fights with DAZN and Eddie Hearn’s Matchroom, who are presented as co-promoters, but the hand will be led by PBC, who will be offering him the best guaranteed purse of his career, between 45 and 50 million dollars.
When ‘Canelo’ fought Gennady Golovkin, the Mexican earned close to $ 40 million, his highest figure ever. In the most recent, their fees range between 30 and 35 million.
The venue has not yet been confirmed, which could well be in Las Vegas, United States, although according to the promoter PBC, it could decide to move the event to another place.

(With information from Reform)

OnePlus Nord, analysis: OnePlus returns to the race for value for money by the big door