Cancer patient waits 7 hours for ambulance to go to hospital

By NicolasDecember 9, 2022No Comments3 Mins Read 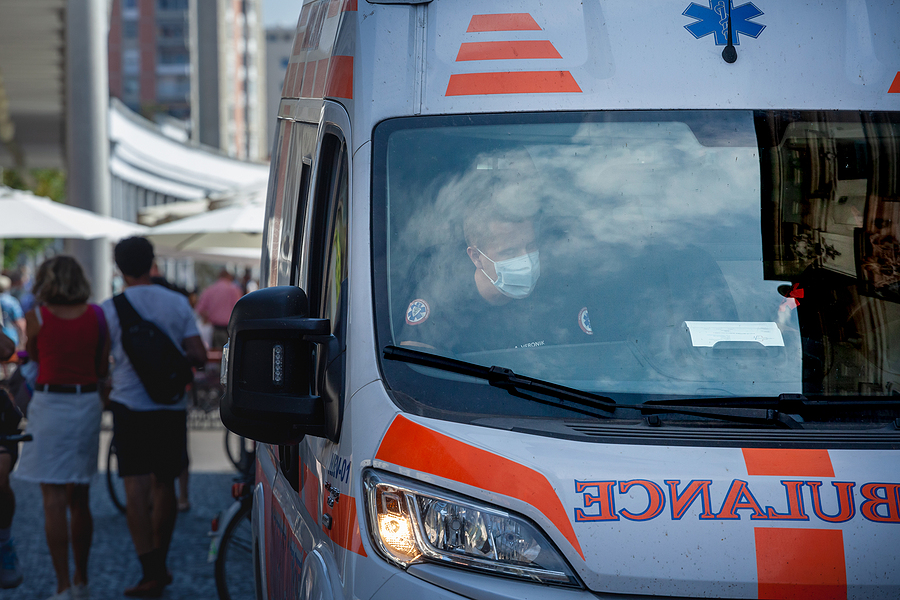 An 85-year-old cancer patient had to wait 7 hours for an ambulance, despite living opposite a hospital in the Welsh town of Bodelwyddan.

According to local media, Keith Royles was mowing the lawn when he broke his hip at home. During his 7-hour wait, the cancer patient had to wait when the rain came down, which made waiting for the ambulance more “heartbreaking” according to what one of his daughters said.

His family tried to cover him up to keep him warm as best they could, but they left him in terrible pain the whole time.

Tina, daughter of Keith Royles, told the local Mirror outlet, “We called an ambulance and they told us there would be a four to seven hour wait for an ambulance.” “We called several times and my sister even tried to call an ambulance, but they said they couldn’t help,” she said.

When the ambulance arrived, the relatives of the patient Keith Royles were informed that he could not be transferred to the Ysbyty Glan Clwyd hospital, which was across the street from where he lived because it was in high demand, therefore, he would be transferred to another hospital located 30 miles away.

Read:  Bleach hair without damaging it

Regarding the long 7-hour wait for an ambulance that the patient and his family had to live through, again his daughter, Tina, added that her father suffers from terminal cancer, so he should be taken to the hospital closest to his home. He was finally transferred to the corresponding hospital.

Lee Brooks, Executive Director of Operations, Ambulance Service for Wales, said: “We are deeply sorry for Mr Royles’ experience, which was certainly a painful and anxious wait for all involved.”

“We offer patients an ETA to be transparent and empower callers to fully consider their options, and we don’t deny that up to seven hours is an unacceptable wait for help.”

“Our emergency ambulance service exists to provide life-saving interventions and get patients to hospital quickly, so it’s frustrating when we can’t due to issues beyond our control.”

We are exceptionally busy at the moment.

If your emergency is not life-threatening you may
be asked to make your own way to hospital.

We must protect our precious resources for those who need it most. pic.twitter.com/ZqSmrAVhLK