Can you gain muscle mass and lose fat at the same time? The answer is yes and we tell you in what situations 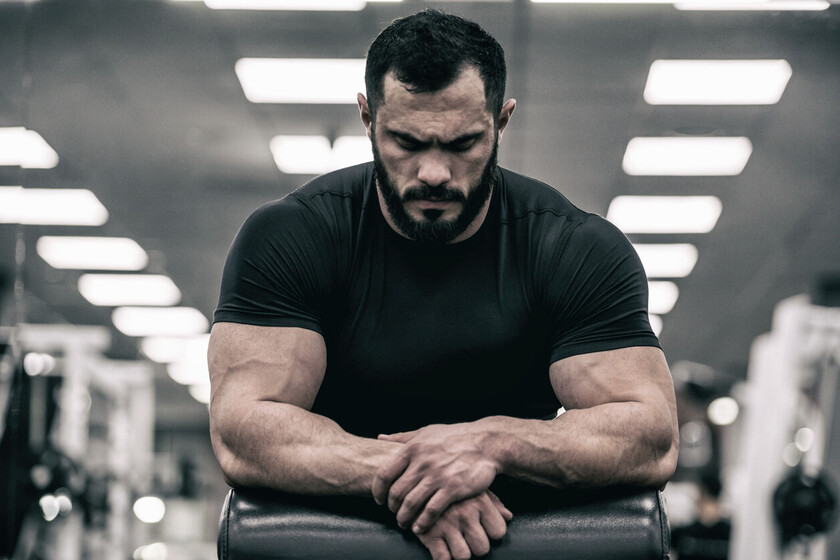 But there are times when this rule is broken and can exist at the same time a gain in muscle mass and a loss of body fat. These situations are very specific, so it is not valid for everyone.

It may be that at some point you have heard the concept of “muscle memory”. If you don’t know what it means, it’s just that when muscle mass grows and for whatever reason there is atrophy, when you return to strength training, returning to the previous state is much easier.

For there to be muscle atrophy, it is not enough to spend a week without training (which many people are afraid to rest), but when you spend several weeks without practically providing a stimulus to the muscle. It is true that after one or two weeks of hiatus it may seem that you have lost strength, but it is only because there have been neural maladjustments and not by loss of muscle mass.

This is because when muscle mass increases (hypertrophy), it not only increases in size, but also the number of myonuclei increases (muscle cell nuclei).

These nuclei are responsible for increasing protein synthesis, so the greater number of nuclei, the greater protein synthesis there will be. From here what happens is that even in a state of caloric deficit, the myonuclei will be very efficient synthesizing muscle proteinsso you can lose body fat and gain muscle mass at the same time when you return from an injury or a break.

Rookies with a high fat percentage

When we refer to a high percentage of fat, we are not referring to obesity, but to a body composition in which the person has little muscle mass with a percentage of fat high enough to be able to have metabolic problems.

Read:  Mass layoffs reach the giant Microsoft: this we know

It is possible that this group of people who start training in a gym can lose fat while gaining muscle mass. This is because their muscle mass, which has not received any kind of mechanical stimulation, can grow if a minimal stimulus is applied by adaptation and, in fact, the gains in strength and muscle mass at the beginning are enormousAlthough unfortunately it doesn’t last long.

On the other hand, having a high percentage of body fat makes it much easier to use fat as an energy sourceso we have two crucial factors for fat loss and muscle gain to happen at the same time.

Making a small deficit and including enough protein

Although this is quite a long process, it is possible to gain muscle mass if we are in a caloric deficit. The problem arises when not everyone is able to do it, even eating enough protein.

Each person tolerates energy deficit in one way or another. In other words, there are people who, due to genetics, tolerate energy deficits very well and are very efficient at synthesizing muscle proteinsTherefore, there will be people who are genetically capable of gaining muscle mass despite being in deficit.

It is important to clarify that the energy deficit should not be very high, especially if the percentage of body fat is low. Thus, generating a deficit of more than 500 calories a day is totally counterproductive. Therefore, we suggest a deficit of about 300 calories and a minimum consumption of 2 grams of protein per kilogram of body weight.

In Vitónica | What is goiter, what are its symptoms and why does it appear

In Vitónica | May the force be with you: lifting weights not only makes you stronger, it also gives you years of life

How much does the Atlantis mask cost?; collector gives the answer