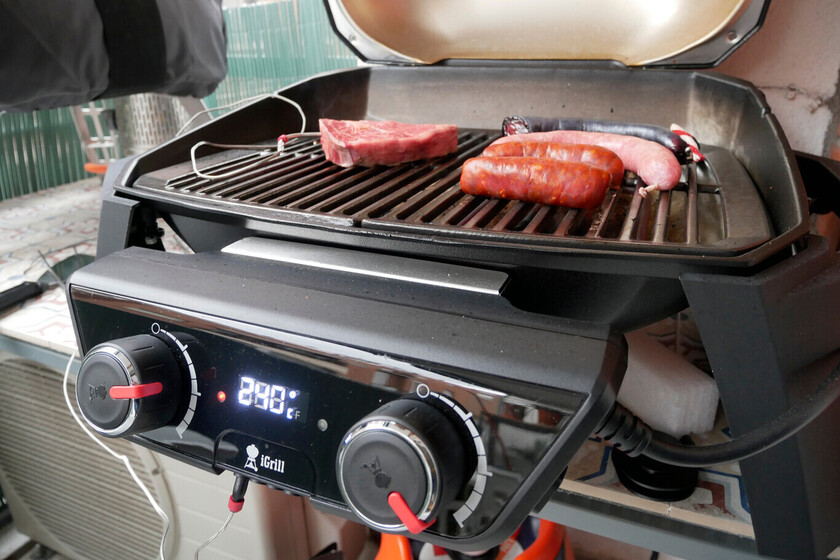 Everybody likes grill cooking. The flavor of grilled food, while not impossible, is difficult to emulate with any other method. Despite this, many of us settle for having barbecues when we leave home. And it is that making a fire in the city does not seem like a good idea.

But Is it safer to make a fire in the field? In summer it is usually forbidden to make a fire, even in recreational areas, but nothing prevents us from preparing a barbecue in the city.

The truth is there is no specific legislation that prohibits barbecues in homes, which are still private spaces; and though there might be Municipal ordinances regulating its use in fire prevention, there are hardly any regulations in this regard.

In the absence of municipal regulation, it is the Community of owners of each building the only one that can set the guidelines regarding the use of barbecues in the common areas of the house but, also, on private balconies or terraces. And it is that, as contemplated in article 7.2 of the Horizontal Property Law, “the owner and the occupant of the apartment or premises are not allowed to carry out activities prohibited in the statutes in it or in the rest of the property, which are harmful to the farm or that contravene the general provisions on annoying activitiesunhealthy, harmful, dangerous or illegal”.

What does this mean? That, although there is no express prohibition in the statutes of the property on the use of barbecues -and there usually are not-, the neighbors, through the president of the community, they can ask you not to do barbecues if they find it annoying or perceive that it is dangerous and, in the long run, end up expressly prohibiting it in the statutes.

In short: you can barbecue on balconies, terraces and roof terraces, As long as you keep your neighbors happy. And this is not achieved just by inviting them to bacon (although that, of course, also helps).

Index hide
1 kitchen safe
2 And on the balcony can I have a barbecue?
3 smokeless barbecues

The first thing we have to keep in mind when having a barbecue, whether in the city, in the countryside or in a town, is safety.

With proper vigilance, and having water nearby, it is very difficult to have problems. The vast majority of fires resulting from the misuse of barbecues have to do with a wrong off one of these: the fire spreads because no one was around to see it.

Once you have this clear, it is important to know where you are going to have the barbecue. The best place is the roof. And if your community has no problem using it for this purpose, it is a more than safe space to do it, using any portable barbecue like this:

The only thing you cannot use without permission from the Town Hall is a construction barbecue. Rooftops, balconies and terraces are considered part of the building’s façade, so to install a fixed barbecue, in addition to the permission of the neighbors, if we are talking about a common area, the relevant building permit will be required.

Read:  The swimming pool with sun loungers by Leroy Merlin that will take your terrace to another level

Better to avoid this type of inventions, which are very unstable.

And on the balcony can I have a barbecue?

If you don’t have an open space, you can also consider making one barbecue on the balcony.

This is more problematic, because, unless you live on the top floor, fumes can disturb your upstairs neighbors. But, even so, it is possible to make a grill, as long as we have a suitable barbecue with which we can effectively control the smoke.

There are some garden-shaped barbecues, designed to hang on the balcony railing, but we must avoid them like the plague. They are not only the most flimsy: being open grills we will expel much more smoke than with other models.

If our terrace is large we can use a barbecue with lid and shot, which allows us to control the smoke whenever things get out of hand. But even more important is that we choose a type of charcoal that generates little smoke, such as coconut charcoal. This charcoal is usually sold to light hookahs or sishas, ​​but it is also used for barbecues and is ideal for use on balconies.

Another option, which generates less smoke, is a electric barbecue with lid. Currently there are very powerful, and very good results are achieved. The best of all the ones we’ve tried is the Weber Pulse, which we recently analyzed, one of the best investments you can make if you’re a barbecue lover and don’t want to give them up if you live in the city. Of course, the price rises greatly. If you want something, it’s going to cost you.

If in your community it is problematic to generate any type of smoke, you have one last option: to have a chin strap specifically designed not to expel smoke. What kind of black magic is this? We are talking about barbecues with a ventilation system that allows the combustion of coal to be controlled, causing it to burn much more slowly and generating only the heat necessary to cook the food, but without generating hardly any smoke.

There are several brands on the market. The best known is LotusGrill, which has various models of similar operation: it has an inner bowl and an outer closure, which allows the smoke to be contained thanks to a fan with which you can also control the power of the barbecue. The grilled taste is less pronounced than in a conventional barbecue, but the opinions about the invention are very positive.

Another option is brand. barbecookwith a similar system and price, in a more portable concept (also designed for camping), although with worse general evaluations.

Some of the links posted here are affiliate links. Despite this, none of the items mentioned have been proposed by either the brands or the stores, their introduction being a unique decision of the editorial team.