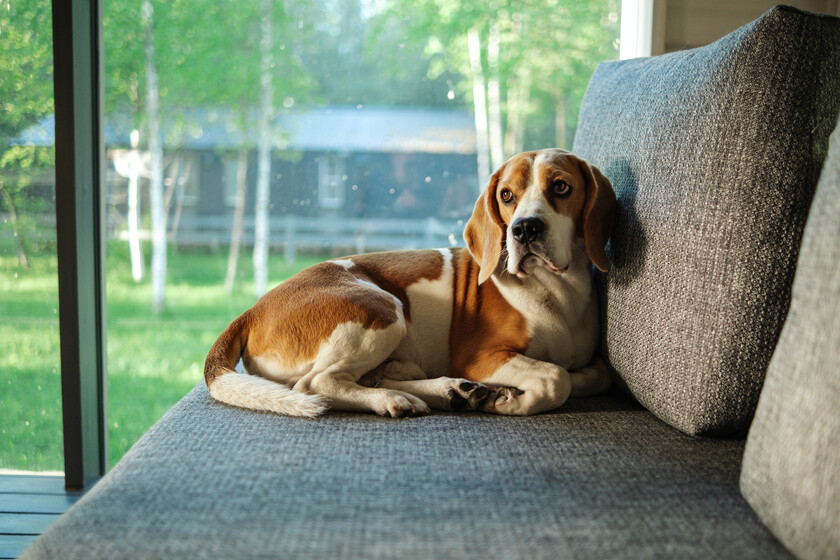 From this week, companion animals enjoy a new legal status. We saw it a few days ago: Spanish law has ceased to consider them “things”, objects and properties without any greater link to the family nucleus, to interpret them as “living beings endowed with sensitivity”. This brings about important changes. One of them, on a practical level, is the introduction of a DNI for pets. Another, more doubtful, is its role in the rent.

The rumor. Circulate right now on Twitter like wildfire, be it in shape of question (“To what extent is it legal that they are not allowed in a rental apartment?”) Or assertion (“The animal protection law cancels the clause forbidding animals in rental contracts”). A viralized TikTok contributes to the confusion in which a lawyer, Xavi Abat, explains that the new reform prevents landlords from banning pets from their rented homes. There is noise.

This video just came out on tiktok in case you are interested pic.twitter.com/ctRqr76fVk

The law. The issue of animals and rent has always been diffuse. The Urban Leasing Law (LAU) says nothing about it, as explained here. Point 4.2 makes it explicit that “housing leases will be governed by the agreements, clauses and conditions determined by the will of those involved”. That is, by agreements entered into between the landlord and the tenant, among which can (and usually is) include the prohibition of introducing domestic animals into the home.

What does this mean? That if the contract in question does not say anything, dogs or cats can be included. The law also provides that the landlord can terminate the contract for “annoying, unhealthy, harmful, dangerous” activities. Some lawyers have always argued that these clauses are abusive and that they would not take much time to be challenged. In any case, as we observe, the law is fuzzy.

Reform. It is in this lack of concreteness where rumors like today’s creep in. The reform approved in December and already in force since this week does not make any reference to the situation of pets within a rental contract. Three laws have been touched (the Civil Code, the Mortgage Law and the Civil Procedure Law) and in no case is reference made to the legal situation of the animals in the home.

The blueprint. Where does the confusion come from, then? Not the triple reform already mentioned, but the draft of the Animal Rights and Protection Law, one of the star projects of the Ministry of Social Rights and the 2030 Agenda. You can read it here. In its article 33, it says the following: “The owners or persons responsible for the companion animals, must abide by the following obligations: keep them integrated into the family nucleus.” That is, in the home.

The future. This, however, is a very free interpretation of what is stipulated by the future law. Since dogs and cats are part of the “family unit” and this is indivisible when accessing a home, no clause could prevent them from entering. But this is a mere draft that must first be approved by Congress and the Senate. And it also does not make it clear to what extent a landlord can refuse to allow pets into their rented home.

These are issues that, for the moment, the new legal situation does not touch. Under the approved triple reform, everything remains the same.