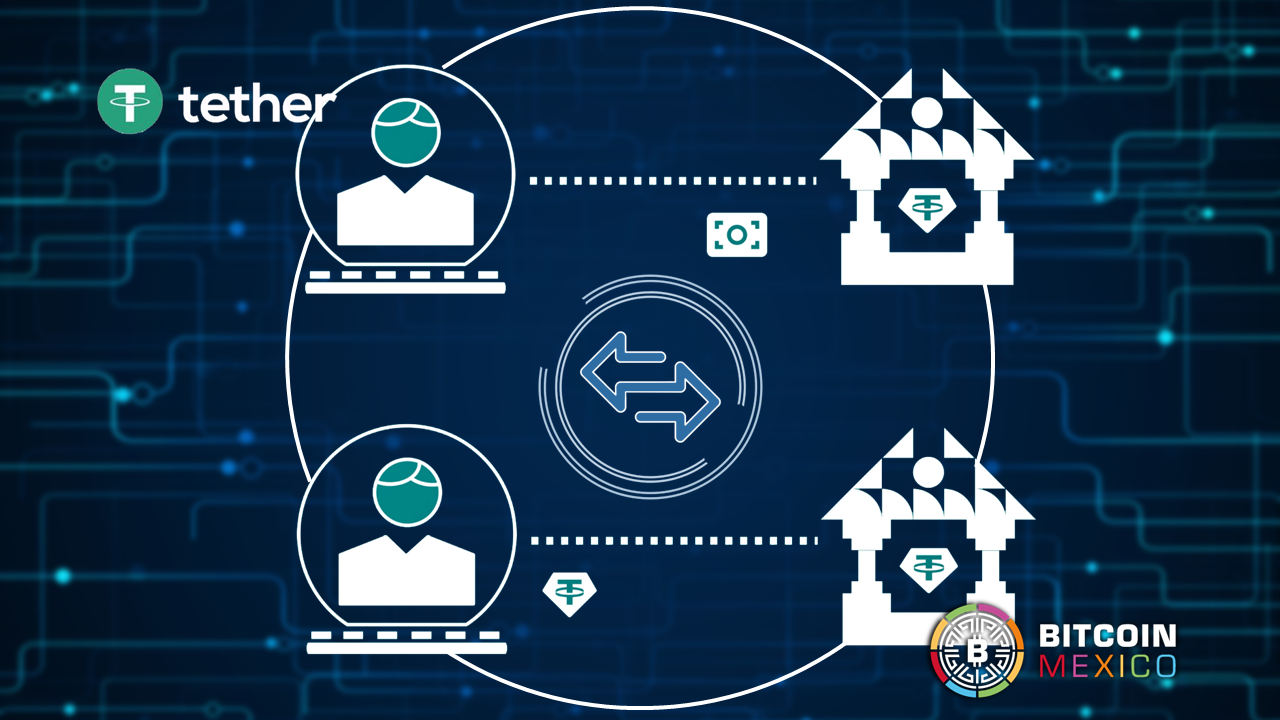 The collapse of stablecoin TerraUSD (UST)has led the entire crypto ecosystem to question and reconsider many other projects. In fact, one of the stablecoins that was in the sights of the community was USDT from Tether, which is the largest stable cryptocurrency on the market.

In particular, the question everyone has been asking is: How do stablecoins maintain parity with the US dollar or any other fiat currency? Does the mechanism that maintains parity have the same vulnerabilities as Terra’s? Is there a possibility that in the future the history of UST will repeat itself with another stablecoin?

Index hide
1 What are algorithmic stablecoins?
2 How is Tether (USDT) different?
3 Small letters
4 Reservations continue in the dark
5 final thoughts

What are algorithmic stablecoins?

To begin to find possible answers to these questions, it is necessary to start by understanding what TerraUSD (UST) was.

UST was an algorithmic stablecoin, which is usually based on two tokens: a stablecoin and another cryptocurrency that supports the first. Basically, the algorithm or smart contract will regulate the relationship between both tokens in order to maintain the parity of the stablecoin.

Namely, to maintain parity given market fluctuations, the algorithm regulates supply and demand.

In the case of UST, a relationship was maintained with Terra’s native cryptocurrency, LUNA. Therefore, when the supply of UST was less than its demand, the price of the stablecoin would experience upward pressure and, to avoid delinking it from parity, the Terra protocol allowed users to exchange 1 US dollar of LUNA for 1 UST. In this way, 1 USD of LUNA was burned and 1 UST was minted, thus increasing the supply of the token and eliminating the imbalance between supply and demand.

If the supply was higher than the demand which meant downward pressures on the price of the stablecoin, the protocol allowed its users to buy 1 UST for $0.99 USD and then exchange 1 UST for $1 USD of LUNA. Thus, 1 UST was burned, reducing the available supply of the stablecoin and allowing parity.

How is Tether (USDT) different?

In the midst of the stablecoin crisis, Tether public on May 16 an article aimed at clarifying how USDT maintains parity with the US dollar. However, it is essential to read the fine print.

In its blog post, Tether explains that in the long history of USDT, a request to redeem USDT worth US$1 per token has never failed to process, which is why this stablecoin has positioned itself as the The main form of liquidity based on US dollars in the cryptocurrency market.

The firm also pointed out that certainly, on some occasions, in the open market, USDT has been able to slightly deviate from its target price, but this is associated with a situation where the selling pressure in the crypto exchange has exceeded the limited liquidity of that exchange.

“Any given crypto exchange will not have enough liquidity on its books to process the exchange of every single USDT token for dollars. In cases where exchange liquidity is too low, investors turn to Tether to request a swap”, explains the publication

In fact, they claim that this was exactly what happened between May 11 and 12 in the midst of the market crisis. By deviating from its typical price of $1, “lInvestors bought USDT on crypto exchanges at a discount and then swapped those USDT tokens with Tether at a price of $1 per token”.

Yes, in the blog post Tether ensures that, regardless of the price on the open market, all users will always be able to redeem their USDT tokens with them at a parity with the US dollar. But how true is this?

The situation with Tether can be somewhat similar to that of a traditional bank. As many of you know, banks use a proportion of the funds that users have deposited to make loans and other financial activities.

So when a person logs into their bank account and sees an available balance, it’s not really sitting there waiting to be used by the person. The bank actually uses that money in the manner stipulated by the regulations, but seeking to maintain certain liquidity so that it can allow its clients to operate with their money.

That is why the bank panic or bank run has occurred where, for some reason, a large number of people run to the bank to withdraw their deposits, and As more people withdraw their funds, the chances of the bank defaulting increase because not all of the money is in liquid form.

And this is where, to some extent, Tether resembles a traditional bank. When a person deposits fiat money into Tether and purchases USDT, he is trusting that his fiat money will be held in reserves in such a way that he maintains parity.

Unlike UST, USDT is a stablecoin that is collateralized in fiat currency, which in this case is the US dollar. However, this collateral is largely in the shadows.

Reservations continue in the dark

In theory, the amount of US dollars in Tether reserves should equal the available supply of USDT. That way, in theory, a person will always be able to exchange 1 USDT for $1 US dollar, similar to the gold standard that existed many years ago to guarantee the value of fiat currency.

However, there are questions as to whether Tether actually maintains a 1:1 collateralization between USDT tokens and its bank reserves. Why? Well, because there has never been a complete and public audit of its reserves.

In fact, in 2021, it ad that Tether would have to pay a $41 million fine to settle allegations that it lied in claiming USDT was backed by fiat currencies. The Commodity Futures Trading Commission (CFTC) said that from June to September 2017, there was never more than $61.5 million in reserves, even as more than $442 million USDT was circulating at the time.

In theory, in 2022, Tether reserves they look like have increased in quality, according to Barron’s. However, the reports are still not transparent enough to prove that USDT is 100% backed by fiat currencies.

With more than $60 billion USDT in circulation, Tether has more deposits than many other traditional banks in the United States, which makes the situation more worrying.

In conclusion, yes, USDT is essentially a different stablecoin than UST, however, the lack of transparency is a matter of concern for the entire crypto community. But despite this, according to Forbes, Some crypto market insiders are of the opinion that USDT has somehow managed to be accepted by the market despite not being “fully” guaranteed.

Regardless of whether or not it is accepted, it seems to be of vital importance that, after what happened with UST, the community begins to question whether the parity mechanism of other stablecoins is as safe as they claim to be.

For example, Tether in its blog post questions the ability of slgorithmic stablecoins to maintain parity. When, in reality, he should be questioning his own ability to react to a panic that leads the masses to want to liquidate their USDT positions.

In fact, the lack of clarity in Tether reserves is such that it is not even known how they are composed. That is, it could support 100% of the USDT supply but with illiquid financial instruments that would not allow Tether to make the 1:1 swap in case panic spreads.

Consequently, one cannot lose sight of the fact that the cryptocurrency market continues to develop and mature. Yes, situations like UST push the ecosystem to mature.

However, there is still a long way to go and, therefore, it is most likely that this type of crisis will continue to happen, and, to avoid getting hurt, we must be well informed of the risks and be consistent with them.

Can it happen to USDT? It is impossible to answer the question. However, if so, confidence in the entire crypto ecosystem would be incredibly damaged.