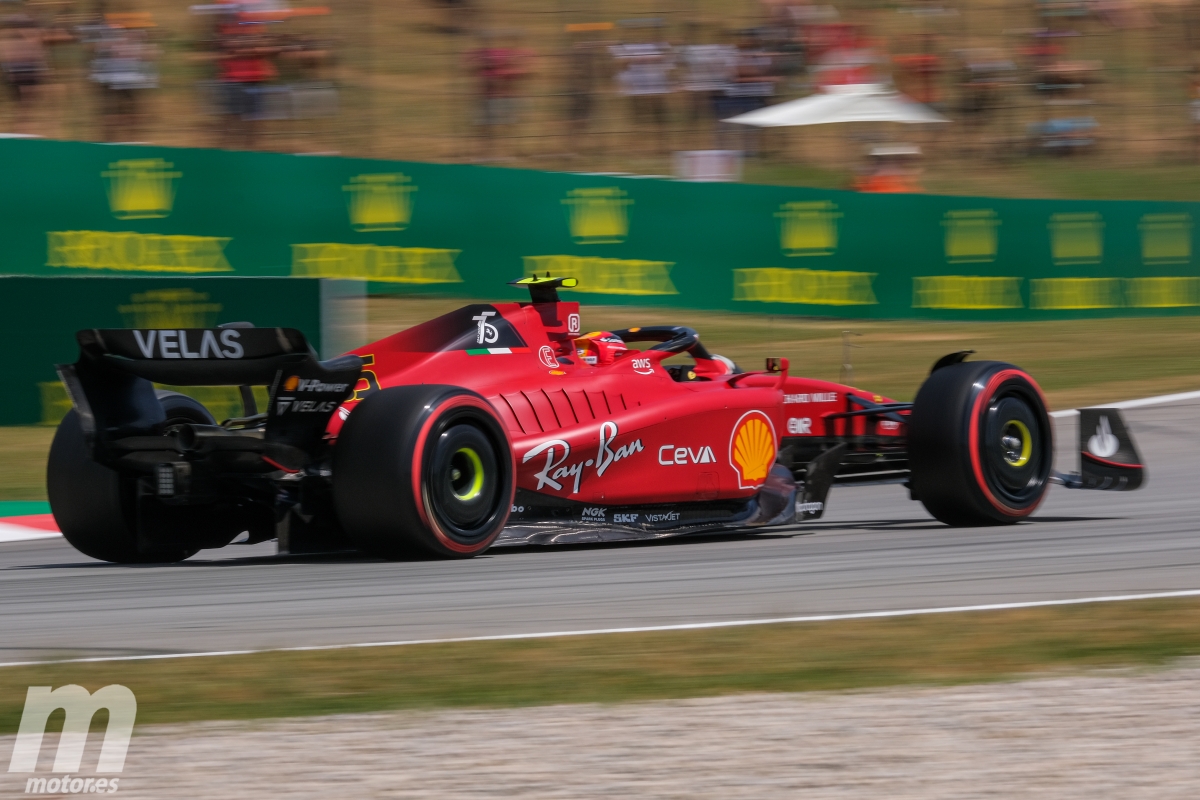 Ferrari has shown that it has more speed than Red Bull in Spain, at least for one lap. But Carlos Sainz is having difficulty exploiting it to the fullest and his options for victory will depend on his solving it.

It is not a secret that Charles Leclerc is finding himself much more comfortable than Carlos Sainz with him. Ferrari F1-75 of this season. It is a faster car than the previous one, but also more complicated to drive to the limit, as the Spanish driver himself has acknowledged.

Specifically, Sainz is having trouble tame a rear axle with a tendency to slip awaywhich makes the car very agile, but also somewhat complex on the edge.

“I find it a bit complicated. more agile and a bit sharper than last year’s car”acknowledges Carlos Sainz when questioned about it in Barcelona.

“Obviously that’s one of the reasons I’m probably not quite there yet. I can see that Charles is obviously happier and he plays with it much more than me, ”acknowledges the man from Madrid.

“It’s what gives him that lap time advantage over me. But it is a fast car, which is the important thing. I just need to get a lot more used to this feeling of playing with the rear end. I’m doing my homework in the simulator and on the track every time I go out.”Sainz explains.

“I try to make an effort to get used to this balance, I will achieve it”, concludes Sainz, convinced that he will end up solving his adaptation problems to the car.

Adapt the car to Sainz

In certain races, Carlos Sainz He has been as fast as Charles Leclerc, but various circumstances did not allow him to obtain the results he deserved. This was the case in Australia, Imola and Miami.

Read:  Carlos Sainz is reborn in the Miami classification: "I feel confident"

Now, in Barcelona, ​​Sainz seems to have taken a step back again and Laurent Mekies has been asked about the Spaniard’s difficulties.

“Well, he has had a decent number of podiums, three podiums in five races. He wouldn’t call it suffering. It is fair to say that the car is born with features that suit it a little less. It is clear in his comments and in what we see in the data, “admits the Ferrari sports director.

“So we are working with him to fine-tune the car and develop it in a way that can give you the confidence you need in some phases of the curve. Therefore, we believe that we must give him time to sort out the characteristics of the car and, from our side, try to develop the car and take it to a point where he feels comfortable, “concludes the French engineer.

Therefore, Carlos Sainz’s victory in Barcelona happens, first, by making a great start and putting himself in a good position. Second, to minimize his problems with the rear of the car during the race. And third, and probably the most important, perform better tire management than its rivals.