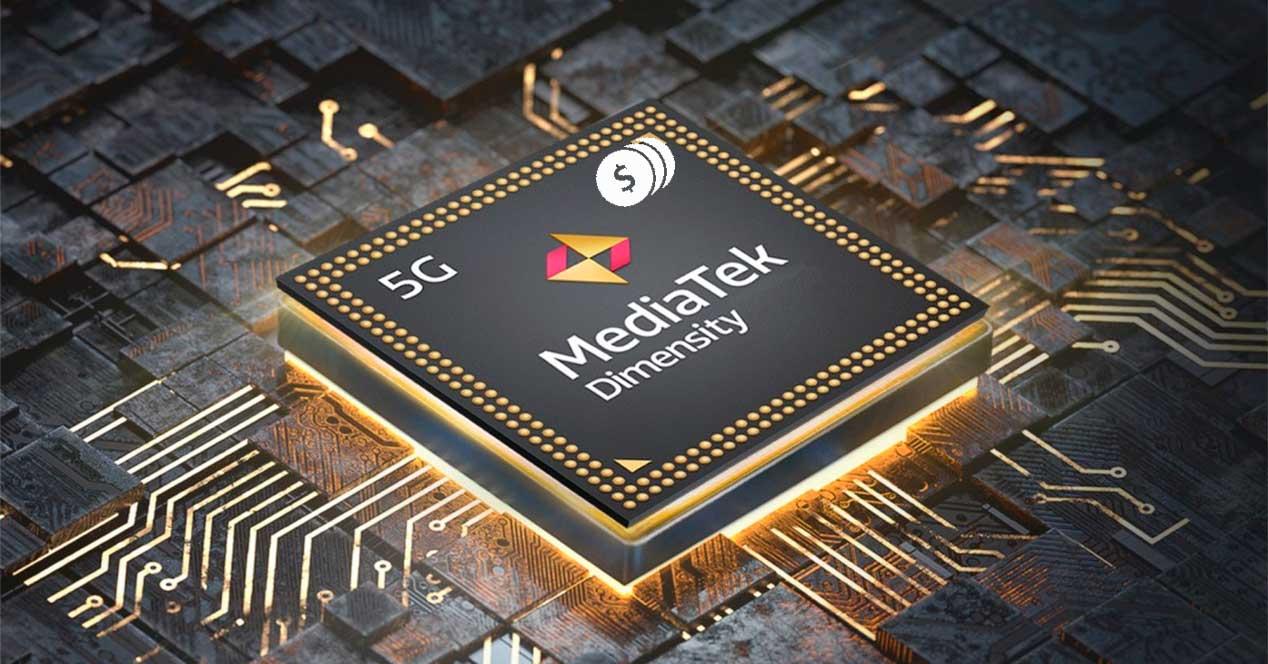 For many years the processors MediaTek They have been synonymous with mobiles with good performance, but below the Snapdragon, as well as with a much more affordable price. Something that could be about to change with everything that we have known in recent days. Today precisely the new information points to the end of this trend.

And it is that if we want a processor to be faster, it is clear that we will have to end up investing more money in getting it. That is at least what will happen to the most powerful processor of the brand during 2022.

Index hide
1 Twice as expensive
2 Will it happen with the mid-range?

In recent days there has been much talk about the new MediaTek Dimensity 9000, a processor that has managed to exceed a million points in some performance tests. This processor would therefore be at the height of the Snapdragon 898 that is about to be presented, which for the first time would mean a technical tie in the high-end of Android. Well, from what we know now, it is something that will not be exactly free to users. Since the cost of the new processor is going to be much higher than its predecessor, the Dimensity 1200.

It has been one of the leakster with the best reputation in China that has unveiled that the new 4nm processor, the Dimensity 9000, will cost exactly twice as much as its predecessor. We are talking about production cost, which means that this price will be transferred to the final cost that the manufacturer will have to pay for integrating it into their phones. Which in turn will affect the final price that we will have to pay in stores for those mobiles that release this new processor.

Read:  3 things you should know before reserving an iPhone 13 today

Therefore it is evident that mobiles with this processor will no longer be less powerful, nor will they be cheaper, but rather the opposite. Now it seems that the new Snapdragon 898 will also be more expensive, so there may still be some cost differences.

Will it happen with the mid-range?

Without a doubt, it is the question that many of us ask ourselves after knowing this information, if the mid-range processors of MediaTek their prices will also go up. Well, the normal thing is that yes, at least the new models that reach the market.

For example, him new Dimensity 7000, which should be a processor oriented to premium mid-range mobiles, will have a 5nm manufacturing process, as advanced for example as that of the Snapdragon 888 processor or the Apple A15 Bionic. So it is to be expected that premium high-end mobiles with MediaTek processors, in 2022, will not be as cheap as they were until now, but to change will have better performance.

What would have happened in the universe if Anakin killed Palpatine and saved Mace Windu? – FayerWayer