By MatthewJanuary 5, 2022No Comments8 Mins Read 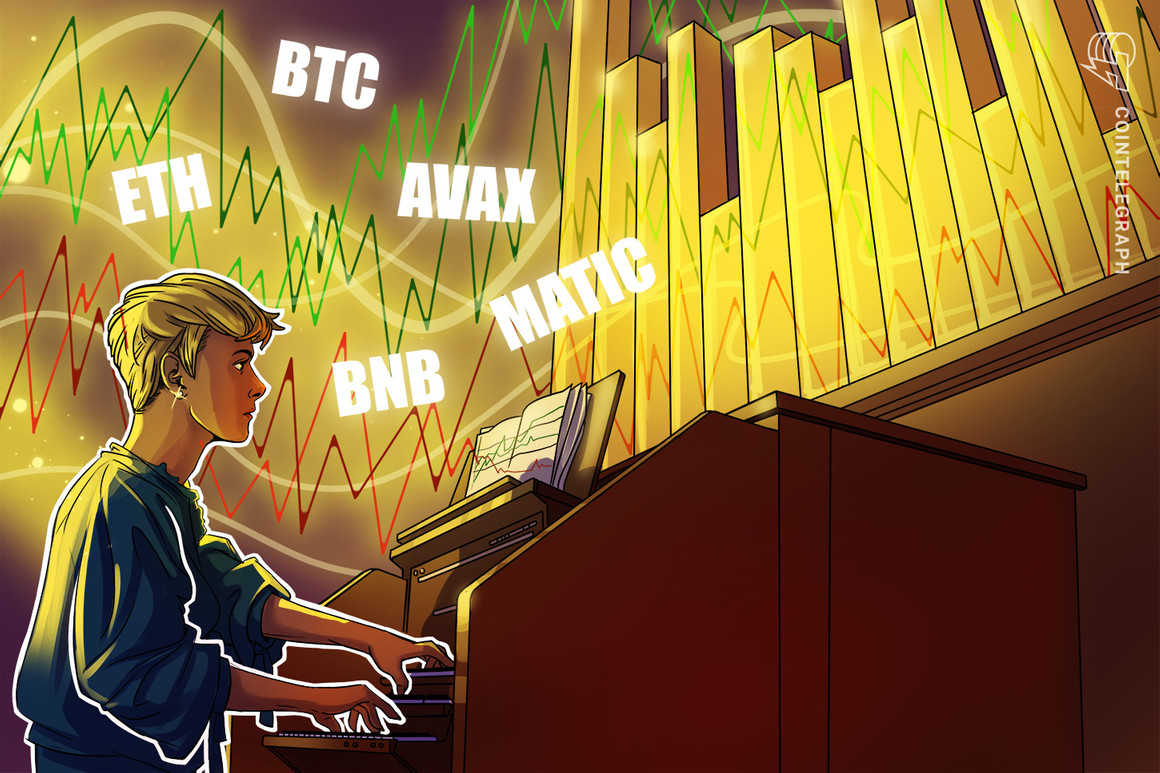 Bitcoin witnessed a roller coaster ride in 2021 and although (BTC) has drastically corrected from its all-time peak at $ 69,000, andThe digital asset has still increased by 60% so far this year. During the same period, gold has fallen more than 5%.

With inflation on the rise in the US and various parts of the world, Bitcoin’s outperformance over gold shows that investors can see it as a better hedge against inflation compared to gold.

During the year, total cryptocurrency market capitalization increased to around $ 3 trillion, but Bitcoin’s dominance fell from around 70% at the beginning of the year to 40%. This shows that various altcoins have outperformed Bitcoin by a large margin.

As cryptocurrencies gain wider adoption, multiple altcoins are likely to grab investors’ attention. These could produce strong returns for investors over the next year.

Technical analysis has been used to come up with the current list of large-cap cryptocurrencies that could remain in focus in 2022 and benefit from a cryptocurrency run.

Let’s study the charts of the top 5 cryptocurrencies to calculate their possible targets and support levels to take into account in 2022.

Bitcoin broke and closed above the overhead resistance at $ 64,854 in early November, but the long wick on the candle shows the profit reserve at higher levels. Selling continued through the following week and the price fell below $ 64,854.

The bulls tried to defend the 20-week exponential moving average ($ 51,999) but could not sustain the rebound. This intensified the sell and drove the price below the 50-week SMA ($ 47,681).

The bulls bought the dip, but failed to extend the recovery above the 20-week EMA. This indicates a possible change in sentiment from buying on dips to selling on rallies. The bears are once again trying to pull and hold the price below the 50-week SMA.

If they are successful, the BTC / USDT pair could fall to the strong support at $ 39,600. The 20-week EMA has started to turn down and the Relative Strength Index (RSI) has slid below 50, indicating that the bears have the upper hand.

A breakout and close below $ 39,600 could result in a deeper correction at $ 28,805. Such a steep decline can delay the start of the next leg of the uptrend.

On the other hand, if the bulls successfully defend the 100-week SMA, the pair will make one more attempt to break above the 20-week EMA. If that happens, the pair will attempt a rally towards the upper zone at $ 64,854 to $ 69,000.

A breakout and close above this zone could start the next leg of the uptrend that could bring the pair to the psychologically critical level at $ 100,000.

Ether (ETH) is correcting in a strong uptrend. Both the moving averages are rising and the RSI is in positive territory, indicating that the bulls have the upper hand.

Although the bears have been trying to pull the price below the 20-week EMA ($ 3.745), the long tail on the candles for the past few weeks shows that the bulls are aggressively buying at lower levels.

The bulls will now make one more attempt to clear the upper hurdle at the psychologically critical $ 5,000 level. If successful, the ETH / USDT pair could begin the next stage of the uptrend with the first target at the 100% Fibonacci extension level at $ 5,719.68.

Contrary to this assumption, If the price turns down from the current level or upper resistance and breaks below the 20-week EMA, this will indicate that traders are selling on rallies. That could open the doors for a possible slide to the strong support at $ 2,652.

Read:  They ask the Argentine government to explain the agreement with the IMF on the use of cryptocurrencies

This is an important level to watch for on the downside because a break below it could carry the pair to $ 1,700.

Rising moving averages and RSI in the positive zone indicate that buyers have the upper hand.

If the price recovers from the current level, the BNB / USDT pair could rise to the upper zone at $ 669.30 to $ 691.80. The bulls will have to overcome this barrier to signal the resumption of the uptrend.

Another possibility is that the price will bounce off the 20-week EMA, but pull back from the overhead resistance. In such a case, the pair may stay in range for a few weeks.

A consolidation near the all-time high is a positive sign, as it shows that traders are not rushing out. That increases the prospects for the bullish move to continue.

Conversely, if the bears sink and hold the price below the 20-week EMA, it will indicate that supply exceeds demand. That could result in a decline from the 50-week SMA ($ 379). A breakout and close below this level could invalidate the bullish assumption.

The strong Avalanche (AVAX) rally to the all-time high of $ 147 had pushed the RSI close to the 85 level, indicating that the bullish move was spread too far in the near term.. This may have resulted in a reserve of profits on the part of short-term traders.

The bears lowered the price below $ 81 for three consecutive weeks, but were unable to sustain the lower levels as seen from the long tail of the candles. This indicates that the bulls have reversed the previous resistance of $ 81 in support.

The strong bounce off the 20-EMA ($ 73) indicates that sentiment remains bullish and traders are buying on dips. The bulls will now try to push the price to the all-time high of $ 147.

A breakout and close above this resistance could initiate the next leg of the uptrend.. The AVAX / USDT pair could rally to $ 213.17 and if the momentum continues, the rally could even extend to $ 260.

This bullish view will be invalidated if the price turns down from the current level or above resistance and breaks below $ 75.50. Such a move will indicate that sentiment has turned negative and traders are selling on rallies.

Later, the pair could drop to the strong support at $ 50. Such a deep decline is likely to delay the start of the next stage of the up move.

Polygon (MATIC) has been trending upward. The bulls tried to push the price above the all-time high of $ 2.70, but failed. This suggests that the bears are aggressively defending the overhead resistance.

However, a positive sign is that the bulls are buying the dips of the 20-week EMA ($ 1.62). This indicates that sentiment is still bullish and traders are piling on dips.

The ascending moving averages and the RSI near the overbought zone indicate that the path of least resistance is to the upside. The bulls will make one more attempt to push the MATIC / USDT pair above $ 2.70.

If they manage to do that, the pair could start the next leg of the uptrend, which could hit $ 3.28. A breakout and close above this level could extend the rally to $ 4 and eventually $ 4.77.

Contrary to this assumption, If the price turns down from the current level or overhead resistance and plummets below the 20-week EMA, it will suggest that supply exceeds demand.

If the price sustains below the 20-week EMA, the selling could pick up momentum and the pair could plummet to the 50-week SMA ($ 1.04).

The views and opinions expressed here are solely those of the author and do not necessarily reflect the views of Cointelegraph. Every investment and business move involves risk, you should do your own research when making a decision.