Brok the InvestiGator has been bombarded with negative reviews on Steam, but its creators claim they come from scammers 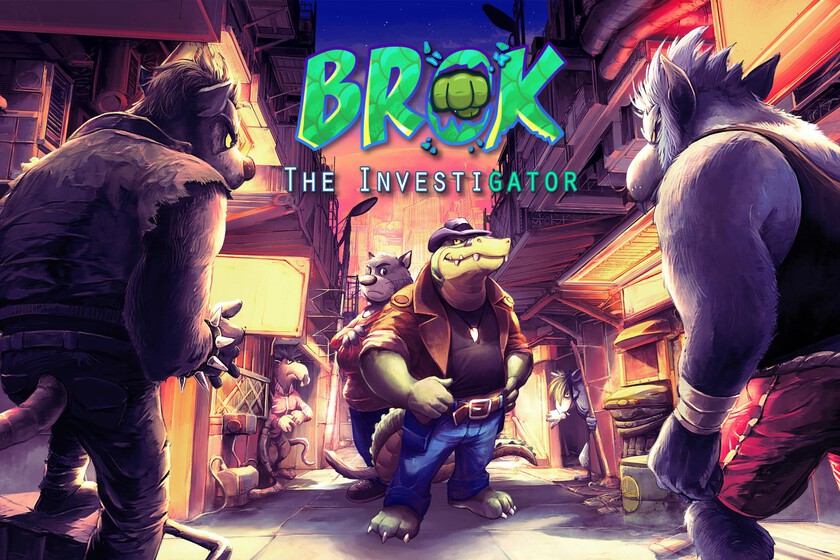 On more than one occasion we have seen that some video games have been victims of the so-called bombing review, a situation in which users launch en masse to harshly criticize a specific title. Same thing just happened to Brok the Investigatora graphic adventure that is also a beat’em up.

Of course, this time it has been the Steam Mentors program that has severely crushed this title. The section consists of lists created by the users themselves and influencers in which they can write the opinions they want, regardless of the game, which in principle can help the followers of these people to know if a game is worth it. or not.

However, just as report from KotakuCowcat, Makers of BrokThey have published a thread on Twitter in which they explain that they are convinced that negative reviews come from scammers. Specifically, they are people who write to companies, especially indie studios, to request a code and then illegally resell it in a store.

The point is that sometimes Steam Mentors pretend to be journalists, youtubers or streamers in order to get codes. Without going any further, two days after the launch of the game, it received a multitude of very suspicious negative reviews because they came from users with hundreds of positive reviews, even in some cases the only negative they had written was that of Brok.

Cowcat is aware that there are scammers on the net looking for get codes to earn money by reselling them. That is why he came up with a way to catch them red-handed and find out who the real journalists were, so the keys he sent only gave access to the prologue of the adventure, nothing more.

In this way, the team considered that those who really wanted to analyze it would notice this detail and would contact them, but most did not, which made them think that they were scammers at the time. She is also convinced that this caused these individuals a lot of problems when the users who bought the keys realized that they had been cheated.

Therefore, the scammers would have used the Mentors program to write negative reviews. What’s more, Cowcat never sent the full game to those particular peoplewhose critics affirm the opposite by assuring that they had completely passed it, but the problem with this Steam program is that you can write an opinion regardless of whether you have the game, or not, or if you have played it.

Ultimately, Cowcat plans to warn Valve that their Mentoring program allows for these unpleasant situations and in turn serves as a platform to blackmail indie studios, which are threatened by users with receiving negative opinions if they do not give them a key to their game in return. Still, the studio is pleased that their thread has gone viral and is making more people aware of these scams.