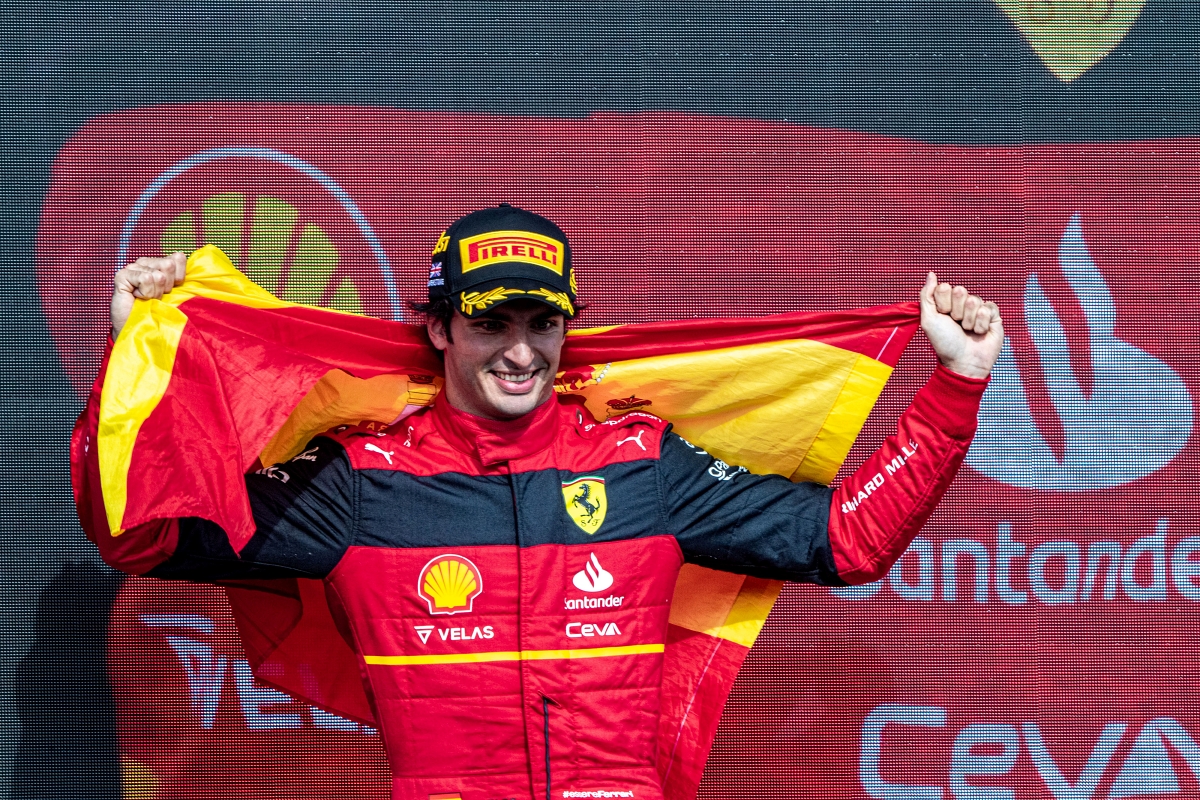 A minute before restarting the race after the appearance of the safety car due to the abandonment of Esteban Ocon, Ferrari asked Carlos Sainz to do something that stunned the Spanish driver. His cool head at that time allowed him to get the victory.

The Carlos Sainz victory at Silverstone It has been based on many details of a crazy race in which many things have happened since the very beginning. A race in which the Ferrari driver has not had the best race pace at any time, but in which he has known how to make the most of all the opportunities that have come his way.

And that includes something that is not new in Carlos, a pilot with a very cool head inside the car and who knows how to read situations well. Even better than his engineers, based on what was seen this Sunday at Silverstone.

Carlos Sainz has had to defend his victory against the heavyweights on the grid: Max Verstappen, Charles Leclerc and Lewis Hamilton. All of them have had chances of victory and all of them have had a better pace than the Spanish driver, but none have finally achieved glory at Silverstone.

The Dutchman has suffered mechanical problems in his car that have delayed him to seventh position when he was leading. Leclerc, who hit Hamilton on the first lap of the second start, broke the right drift of his wing in the maneuver and, when the safety car arrived, stayed on track on used hard tires while his rivals pitted to place the new soft ones.

Read:  How to recover data from my iPhone if it doesn't have a recycle bin

Ahead, 11 laps in which the Monegasque was the leader, but with three drivers behind him in a clear position of superiority. At that moment, Ferrari tried to use Sainz to protect Leclerc with a suicidal strategy: that the Madrilenian slowed down Hamilton and Pérez at the restart.

Carlos Sainz, who in that situation had clear options for victory, was forceful in his radio message to his engineer, Riccardo Adami:

Adami: “Try to give Charles the distance of 10 cars to give him a chance to gain space.”

Adami’s response was a brief “OK”, surely aware that the request made by the team to Sainz was not reasonable. Later, when the race was relaunched, Carlos did his part and overtook Leclercwho after masterfully resisting, ended up being overtaken by Pérez and Hamilton to finish in fourth position.

At Silverstone, Carlos Sainz once again demonstrated his intelligence on the track, analyzing whether his engineer’s request was reasonable or not and demonstrating his leadership skills in difficult situations.