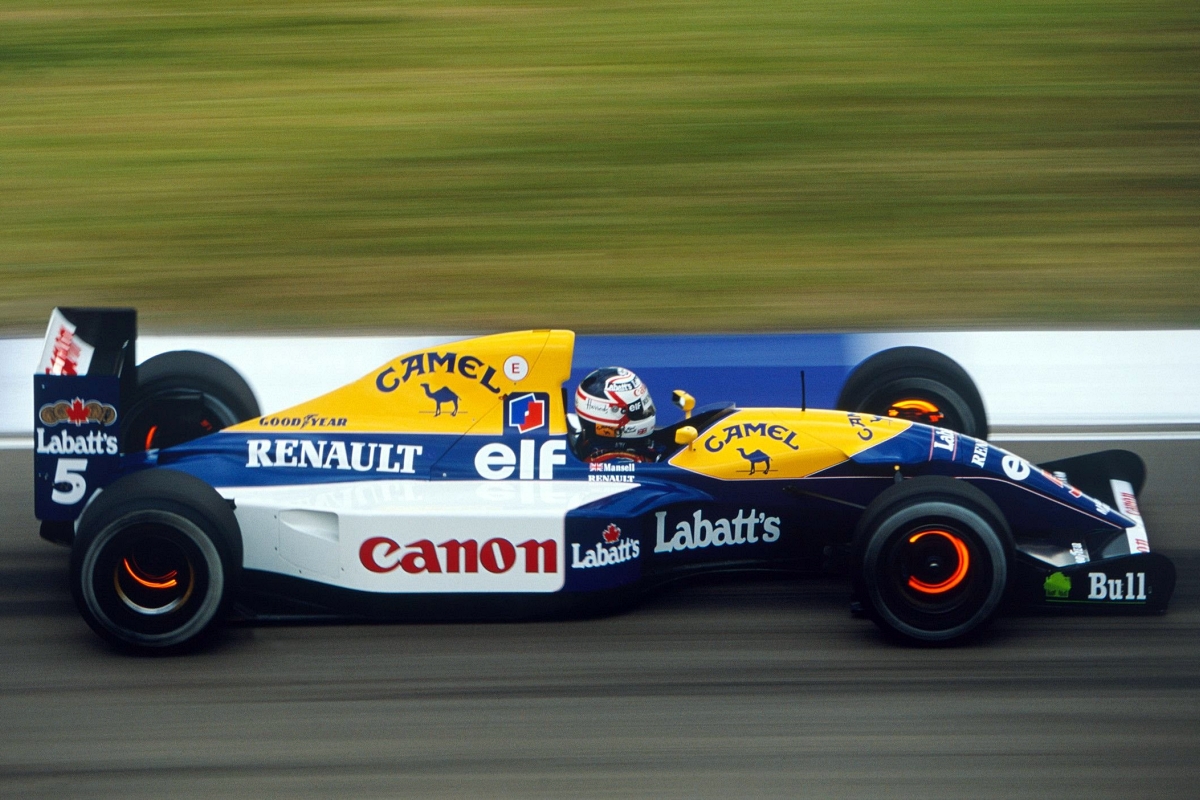 Sebastian Vettel will make an exhibition with the Williams FW14B with which Nigel Mansell was proclaimed Formula 1 world champion in 1992, currently owned by him. The peculiarity is that it will be powered by carbon neutral fuel.

On the occasion of British Grand Prix which takes place from today at Silverstone, Sebastian Vettel wanted to organize an exhibition in which he will ride Nigel Mansell’s legendary Williams FW14B at the Silverstone circuit.

It is a mythical single-seater with which the British driver was proclaimed world champion in 1992 and with which he also won in Silverstone that season in which he swept with nine wins in total.

The Williams, which bears the iconic red number 5 on its nose, will be powered by 100% sustainable fuel, that is, synthetic gasoline. A circumstance that, according to the four-time world champion, “it makes no difference to the way the car works”.

Sebastian Vettel considers that this type of fuel is important for “keep these cars and history alive”. In addition, the German who currently defends the colors of Aston Martin hopes to have “a lot of fun, and I hope that people can share in that fun, because I think it is an incredible car and because of its history and the way it sounds, I am looking forward to it” .

“It was a bit difficult to even find the fuel, but once we found it, it was actually very easy, it only took a shakedown to get over it,” Vettel said. “You will see it on Sunday, it is no different to how the car was 30 years ago. It will sound exactly the same, it will drive the same way and I won’t try for a couple of laps to go to the absolute limit, but I will try to enjoy it, which means going as fast as I feel comfortable. Considering it’s my car, maybe it’s a little different than driving a borrowed one.”.

Read:  Ming-Chi Kuo claims that Apple Car could arrive in 2025 and will be very expensive

Sebastian Vettel has highlighted the importance of keeping the legacy of the automotive world alive, making a plea for passion and drawing parallels with culture and art.

“I think it’s great to show it to people. Motorsport is all our passion, it is what we grew up with. The cars I dreamed of as a kid are different than some of the other drivers. But it’s important to find a way to do it responsibly in the future as well to keep these cars and history alive.”

«In the end, you can express culture in many ways, music, arts… but our way of expressing ourselves is driving cars, racing, and it would be a shame if all that disappeared. I think it’s a way to keep it alive and looking forward Formula 1 is heading in that direction in 2026. I think it’s a great way to put it all together and have a bit of fun.”

Sebastian Vettel bought the Williams FW14B with chassis 08 through Bonhams auction house at the 2019 Goodwood Festival of Speed, paying a price of £2.7 million. This chassis was used in 13 of the 16 championship races in 1992 and achieved a remarkable seven pole positions.

“I think the first half of the 90s is the earliest memory I have of Formula 1, that car and the years after that. It was my idea, my initiative, and I thought that it was exactly 30 years since he won the championship, but he also won the British Grand Prix. It’s a great idea,” she concluded.