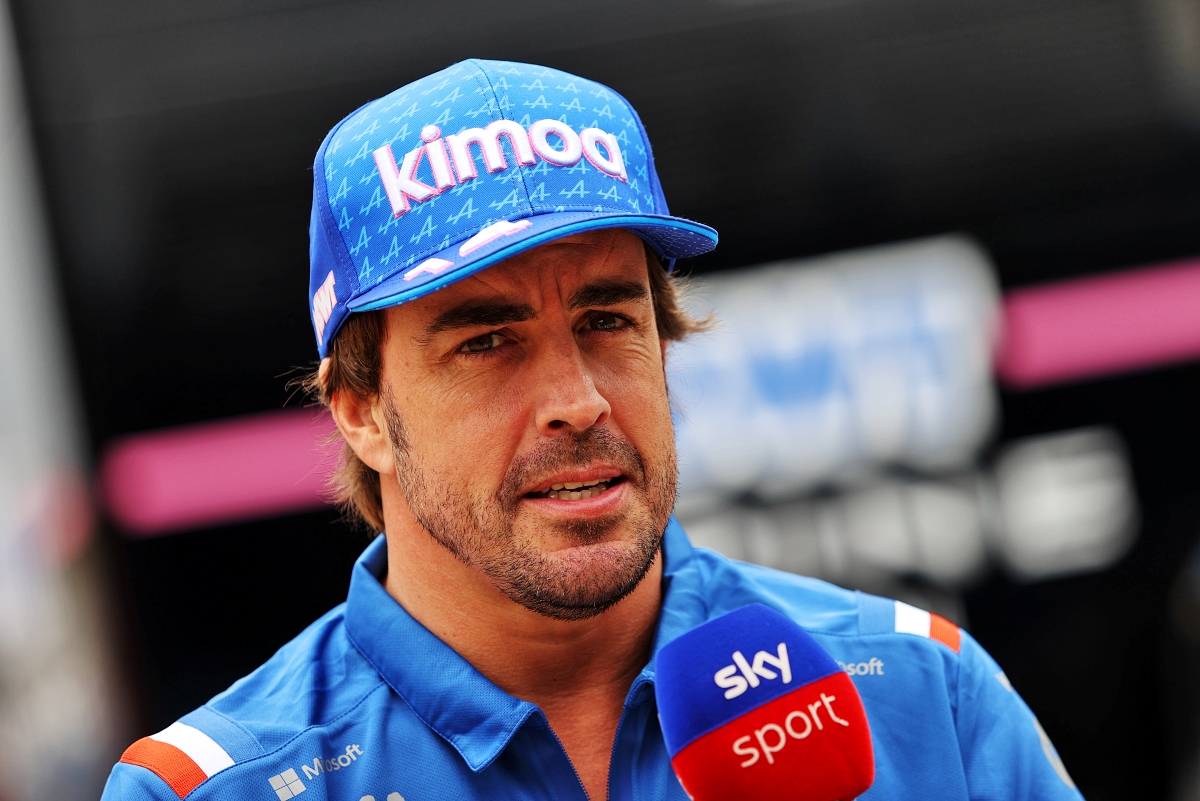 The Alpine rider has once again been the best of his team and has secured a top ten spot on the grid for the eighth time this season. Even Fernando Alonso came to fight for pole in some moments of Q3.

Perhaps it was not the final result that we expected after seeing the first two thirds of Q3, but seventh place in Fernando Alonso in the difficult qualifying for the British Grand Prix it is still a good result and puts the Spanish driver in a good position for Sunday’s race.

Alpine has not had the easiest weekend in Silverstone, as he has not been able to ride as much as he would have liked in free practice and even had to postpone the long runs until Saturday morning. The reason, a combination of rain and a certain fragility of the new pieces released this weekend that limited the shooting.

«In the end I am left with a bittersweet taste, because we passed the finish line first, I think we calculated it a little wrong»

However, at the moment of truth Fernando Alonso has complied and, after not being particularly fast in Q1 and Q2, has stood out in the final session. In fact, on his first flying lap in Q3, he placed first with more than three seconds ahead over the rest of the pilots. Subsequently, as his rivals have been accumulating sensations on the wet asphalt of Silverstone, Alonso has been giving ground.

Already in the last minutes, Alonso managed to place himself third, but he was one of the first drivers to cross the finish line, not being able to take advantage of the track conditions until the last moment.

After getting out of the car, Fernando Alonso offered his explanations, stating that he felt very comfortable, but considering that the team had not correctly calculated the best time to complete the final lap.

«The truth is that I have felt comfortable in the rain since Q1, which we passed with one game. Then in Q2 also comfortable, and in Q3 I think we had more. In the end I am left with a bittersweet taste, because we passed the finish line first, I think we calculated it a little wrong and I should have maybe done another slow lap and then pulled.”

«I did not have that information and I was a little surprised to cross the finish line first. But well, as we saw in Canada sometimes you qualify too well and then in the race you end up in your natural position»Alonso reflected.

Looking ahead to this Sunday’s race at Silverstone, Fernando Alonso believes that the grid position will most likely be dry, which is good news. “Having done fourth or fifth in the time trial at the end would not have changed much for tomorrow, because Russell or Hamilton I think they are going to go faster, so seventh is fine ».

On the first day, Fernando Alonso suffered a lot of rebound in his updated Alpine, but for the rest of the weekend this problem has been solved, confirms the Spaniard. “Yesterday we were a bit surprised to have the rebound and we made several changes and this morning they were already fixed, so we shouldn’t have any problems.”

Although the forecast says that it will not happen, Fernando Alonso theorizes about the presence of rain in the race. However, he is not clear that he could benefit him.

“I would say yes, because it seems like we are a bit more competitive and could be in the Top 5, but those of us who have made it through to Q3 have used several sets of tires during qualifying. If it rains tomorrow, I think those who start behind have a bit of an advantage with more new tires, so to even things out a bit in the dry it would also be good »he concludes.