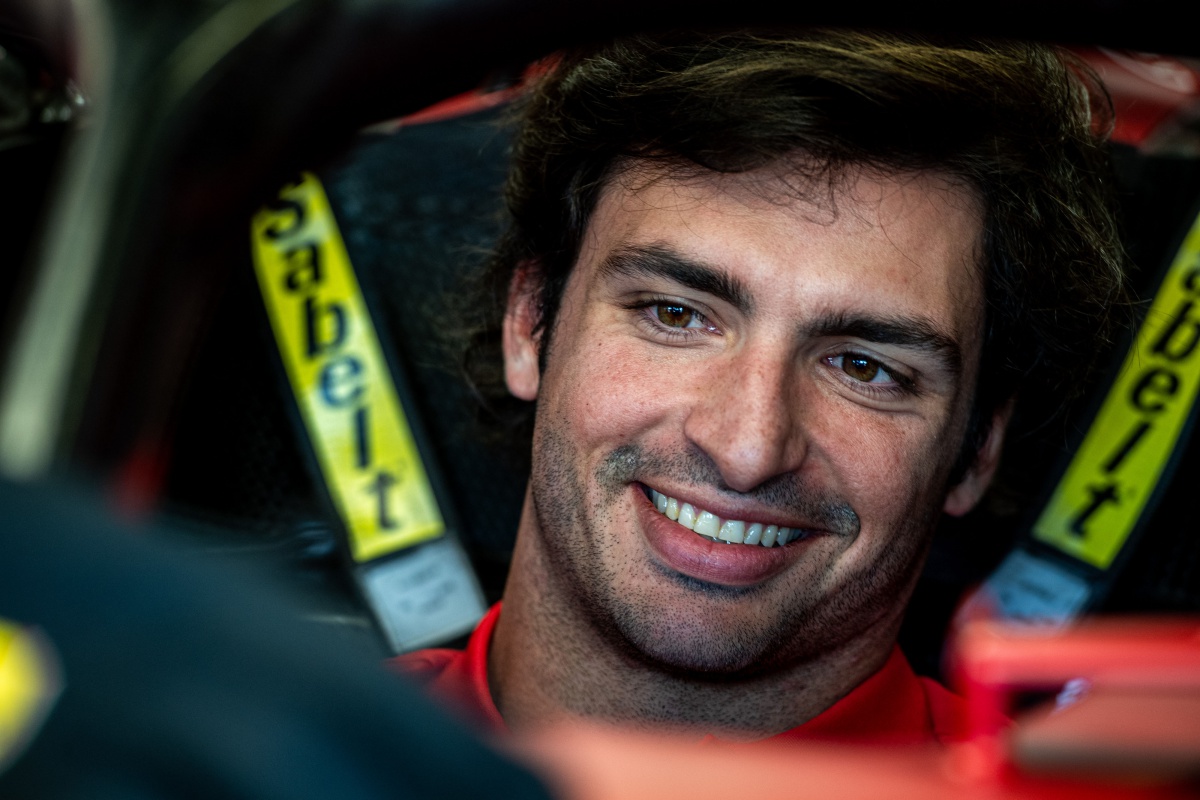 The head of Ferrari on the circuits, Mattia Binotto, has congratulated his pupil Carlos Sainz after he achieved the first pole position of his sports career at Silverstone in wet conditions over Verstappen and Leclerc.

despite dragging 3 retirements in the first 9 races of the 2022 seasonto be 73 points behind Max Verstappencurrent leader of the drivers’ championship, of having been ahead of his teammate Charles Leclerc in the race only twice… ferrari he never threw in the towel with Carlos Sainz.

It is true that concern began to grow in the inner core of the Scuderia when #55 started the unknown season: far from maximizing the performance of his car, something that has characterized him in each and every one of the teams he has passed through in his career in Formula 1.

Also read:
Index hide
1 Binotto remembers that the new Carlos Sainz has one last step to take
2 Harvesting of the fruits
3 totally unexpected

Mattia Binotto He has been in charge of giving the Madrilenian the occasional slap on the wrist, touches of attention that Sainz himself has assumed without question because he himself is publicly nonconformist when he perceives that the F1-75 is slipping out of his hands… but it seems to have light at the end of the tunnel.

Harvesting of the fruits

That is why, on the day of the first pole position in Sainz’s sporting career, Binotto was satisfied with the work done by his rider. “Bravo, bravo for Carlos,” he snapped. «It has been complicated, but I think he has done a good lap and that shows that he is gaining more and more confidence with the car».

“In Canada he already did that, and today he had to stay calm and keep the tire temperature in these changing conditions. I am very happy for himthe first pole of his careerhe deserves it, “continued the Italian-Swiss leader.

Red Bull has been victorious in the last 6 rounds of the season, so Ferrari will try to break this streak of the energy drink team hand in hand with its Spanish driver. “I do not know but we will try. We will start 1st and 3rd, which are good positions on the grid. It will be a completely different situation, I think in the dry.”

«The strategy is not clear if it will be one or two stopsNeither does the choice of tires. There is a lot to decide, it will be important to manage the tires, because here a lot of energy is transferred to the tires in those fast corners. It can be a difficult race for everyone, the fastest car will win,” concluded Binotto.

Carlos Sainz himself was pleased after the feat achieved on the circuit where everything began for him in Formula 1. «It was already a good joy with that pole in super complicated conditions, conditions that I have always liked, in which I have always done well throughout my career», affirmed the #55.

«What better place than Silverstone, with rainto achieve my first poleSainz added. «It was a very difficult session: the track was super complicated, and you always think you are the one who suffers the most. Then you see that the others must have been suffering the same or more than me with those wheels, that amount of water that was on the track… honestly it was very, very difficult to even have the car on the track, without spinning.

“The lap was clean, without many mistakes. I lacked a lot of battery on the back straight, I lost 2-3 tenths there I think, and it seemed to me that it was not going to be enough… but the lap must have been quite good for it to be, “he added.