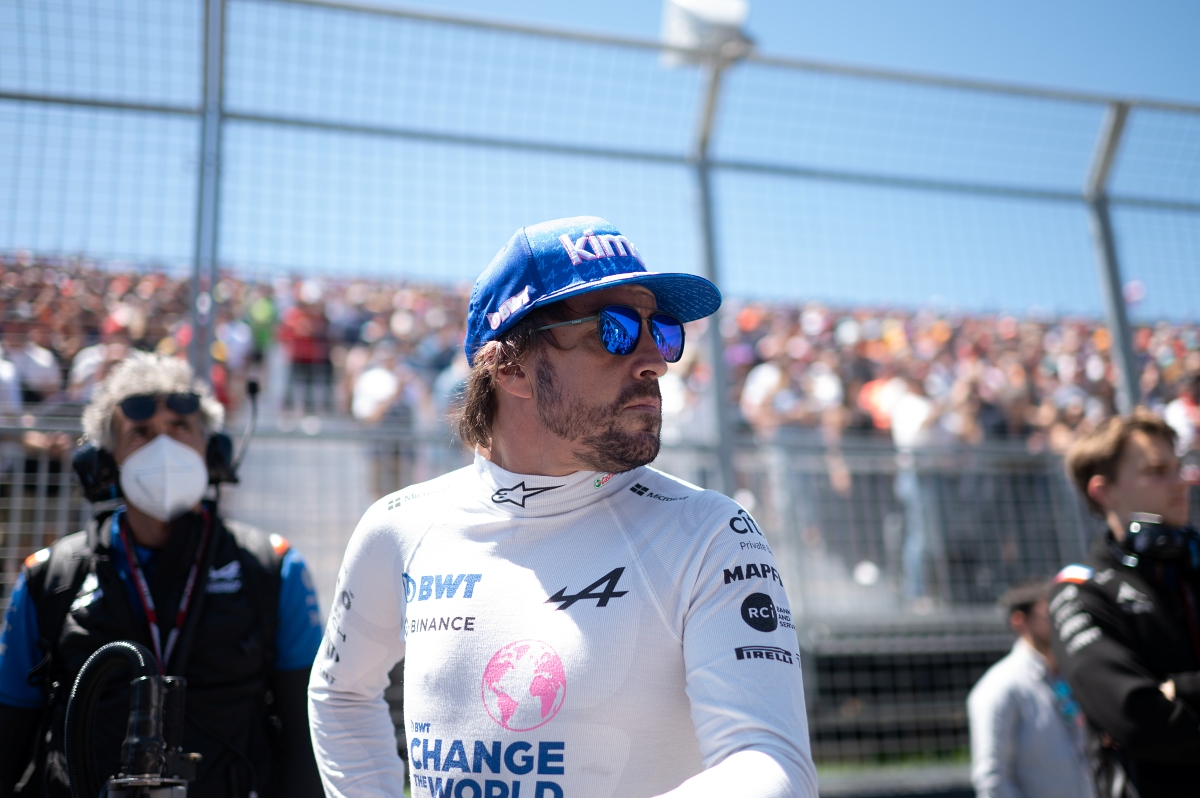 Alpine has presented at Silverstone a new bodywork that shows pontoons similar to those of Ferrari. For his part, Fernando Alonso has offered his point of view on the controversy that arose this week in relation to Lewis Hamilton.

Alpine arrives at British Grand Prix with the firm intention of confirming once and for all with a great result its theoretical ability to stand up to Mercedes, thus leading the chasing group.

And, for this, he has come to Silverstone with several firsts, including a new floor and revised bodywork that makes the upper sidepod design much more like Ferrari.

The Italian team uses a depression in that area to reduce drag and improve aerodynamic flow circulation upstream, something that Alpine has progressively developed with successive updates.

Fernando Alonso, together with Lewis Hamilton

As far as Fernando Alonso is concerned, the Spanish driver has been asked for his opinion regarding what happened this week in the Formula 1when statements by Nelson Piquet about Lewis Hamilton came to light.

Statements that coincided with the expulsion of Juri Vips from the Red Bull program for the same reason and which have provoked a strong rejection from the Formula 1 community towards racist expressions.

“There is no place for these statements and the reaction from the entire Formula 1 community was quite strong, which is good”, has affirmed Fernando Alonso. “It’s hard to say what actions should follow words, because we drivers depend on the support of the FIA ​​and FOM and what they do.”

“The most important thing for us drivers was to show our support for Lewis. We are behind him”, assures the Asturian pilot. “It is good that everyone’s reaction has been much better than in previous incidents, although it is probably not enough. Definitely, what we have taken is the right direction and we have to move forward.

Sebastian Vettel, also present at the FIA ​​press conference at Silverstone, has also been blunt in assessing the situation.

“What really matters is that we all, in every situation we find ourselves in, act the way we believe and think is right. That means that if we see any kind of abuse, we must respond. But also that if you get on a train or a bus and see that something passes in front of you, this is not the time to think that this is wrong, you have to make it clear that it is wrong », she stated.

“It takes balls to speak, it takes courage, but we must no longer be afraid of these situations because we have more allies than we think”, concluded the Aston Martin driver.

MADiSON Analysis: Terror Made In Argentina