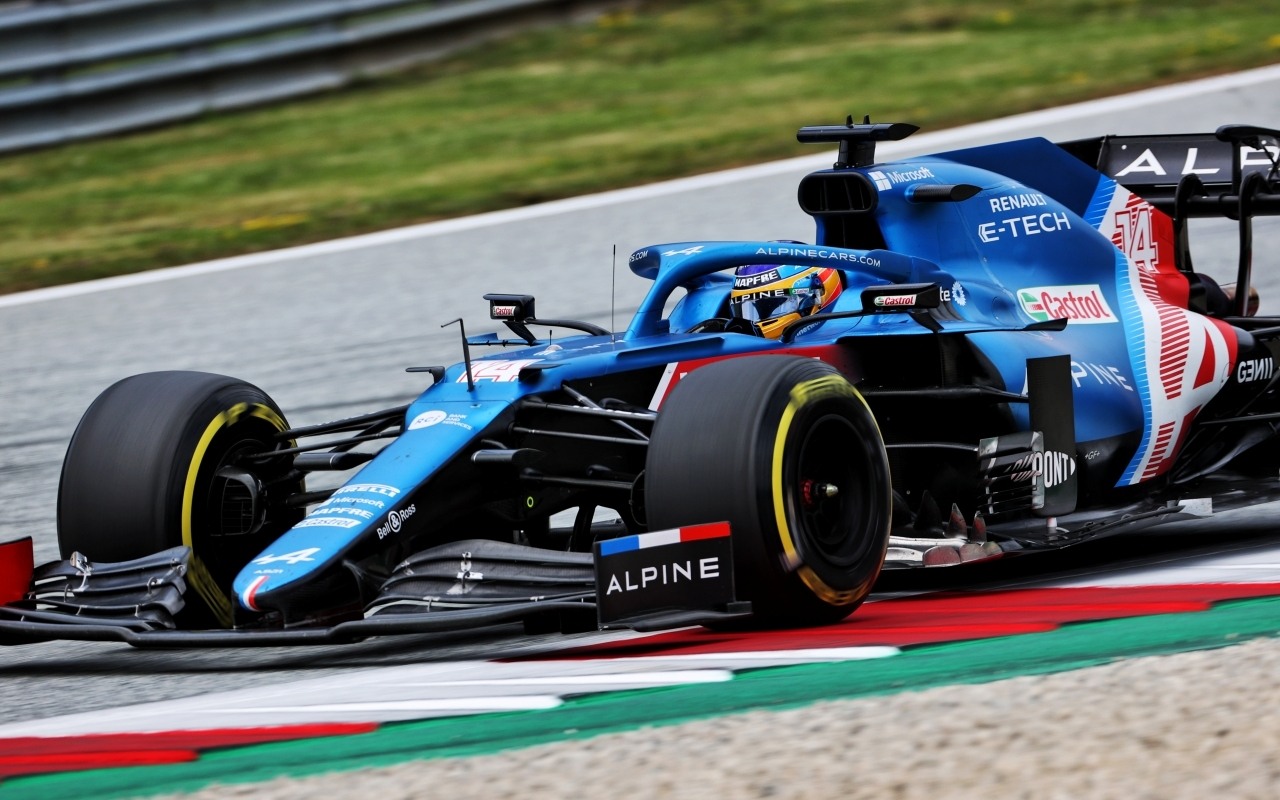 Fernando Alonso has already chained four consecutive races in points, but Esteban Ocon is going through the greatest difficulties of the season. A chassis change could be the solution for the French rider.

Alpine knows that it will have to suffer throughout the season to score points on a grid as close as this year, so having two full riders will be of great help in the dispute for the top 5 of the constructors’ championship against AlphaTauri and Aston Martin.

However, in recent races Esteban Ocon has not managed to perform at the same level as Fernando Alonso, already fully adapted to the category already Alpine. That has even led to the team opting for a chassis change for the Frenchman in order to rule out any technical problems and at Silverstone it will be time to do so.

“Esteban was very strong at the beginning of the season, so we are working together to make sure he recovers”

A Great Britain Grand Prix that will bring many more novelties, such as a new type of stronger rear tire or the sprint competition format, which will complicate things even more.

The three key pieces of Alpine have spoken about all this, as well as the team’s expectations for the weekend.

Index hide
1 Marcin budkowski
2 Esteban Ocon
2.1 Alonso: «In 2022, dreaming is free, but I don’t want headlines about being a champion»
3 Fernando Alonso

«For the teams, the main challenge will be to set up the cars and for the drivers to gain confidence after just one hour of free practice on Friday, before going straight to qualifying. The cars will be in the parc fermé after that, which means they won’t really be able to touch anymore. ‘

“There are also different rules for the use of the tires, including the free choice for the race itself. We expect the new format to bring more uncertainty about how some teams will do, which could create more action on the track. Teams hate unpredictability, trying to optimize everything, but it should be more exciting for the fans ».

“It’s great to race close to the Enstone factory. It means that many of our team members will attend the race with their families. In general, it is very good to have fans back, we enjoyed the atmosphere in Austria and expected a great crowd at Silverstone ».

“Esteban (Ocon) had two difficult races in Austria and we are still investigating if there is any technical reason behind that. To remove any doubts, the team has made the decision to make extensive changes to their car for Silverstone, including a new chassis. Esteban was very strong at the beginning of the season, so we are working together to make sure he recovers, and this weekend is the perfect opportunity to do that. ”

“The car was competitive in Austria, but the result of the race did not reflect our potential. Fernando had a strong pace in qualifying and in the race, but we couldn’t turn it into bigger points because of the qualifying incident.. Silverstone, however, is a completely different challenge. It is a track with many high speed corners. The weather can be a factor and, with the new format, a very interesting weekend is shaping up.

READ:  The # 7 Toyota finally conquers its first victory of 2021 with suffering

“Silverstone is an iconic circuit in Formula 1. Everything at Silverstone is associated with Formula 1. Passing through Maggots, Becketts and Chapel is very special in a Formula 1 car, that sequence generates a fantastic feeling. The track is challenging and it’s going to be great to see all the fans there. I’ve always liked racing there.

«In Formula 3 in 2014 I was in pole position, I got three podiums and I won a race. I also got on the podium in GP3, so I have some good memories of Silverstone. In Formula 1, I have scored several times. Last year we had two competitive weekends as a team. Of course, the goal is to repeat that this weekend.

Alonso: «In 2022, dreaming is free, but I don’t want headlines about being a champion»

“The classification sprint brings a new dynamic to the event, so I’m interested to see what it will be like. Before that, we have to plan a productive training session and then make sure we are as high as possible in the rankings. It’s going to be different than usual, but I like the idea and can’t wait to see how it goes ».

“The France-Austria triplet was not as successful as we expected. The team and I have been working very hard to see what we can do to improve our performance.. I know that we will return to the level we had at the beginning of the season and the hard work will continue until we achieve it. I’m really motivated to get a good result this weekend.

“It will be a different race at Silverstone and I suspect the differences will not be as close as in Austria due to the nature of the circuit. I felt good in the previous three racesso I’m sure we can be competitive this weekend. ”

“It’s a fantastic circuit and it always gives us drivers good races. I have had some memorable results there, with my win in 2006 for Renault as one of the best memories. There is a good mix of medium and high speed corners and of course the weather can be variable so it should be an interesting weekend.

“I enjoy most of the circuit, but if I had to choose one part it is the high-speed midsection, from Copse to Maggotts and Becketts. You take this section at such speed and the grip levels are so high in a modern Formula 1 car that it is exciting as a driver. It’s a tough circuit on the tires due to the fast corners, so it will be something that we will need to manage during the weekend. It will also be great to see the fans in the stands because it has a very special atmosphere »