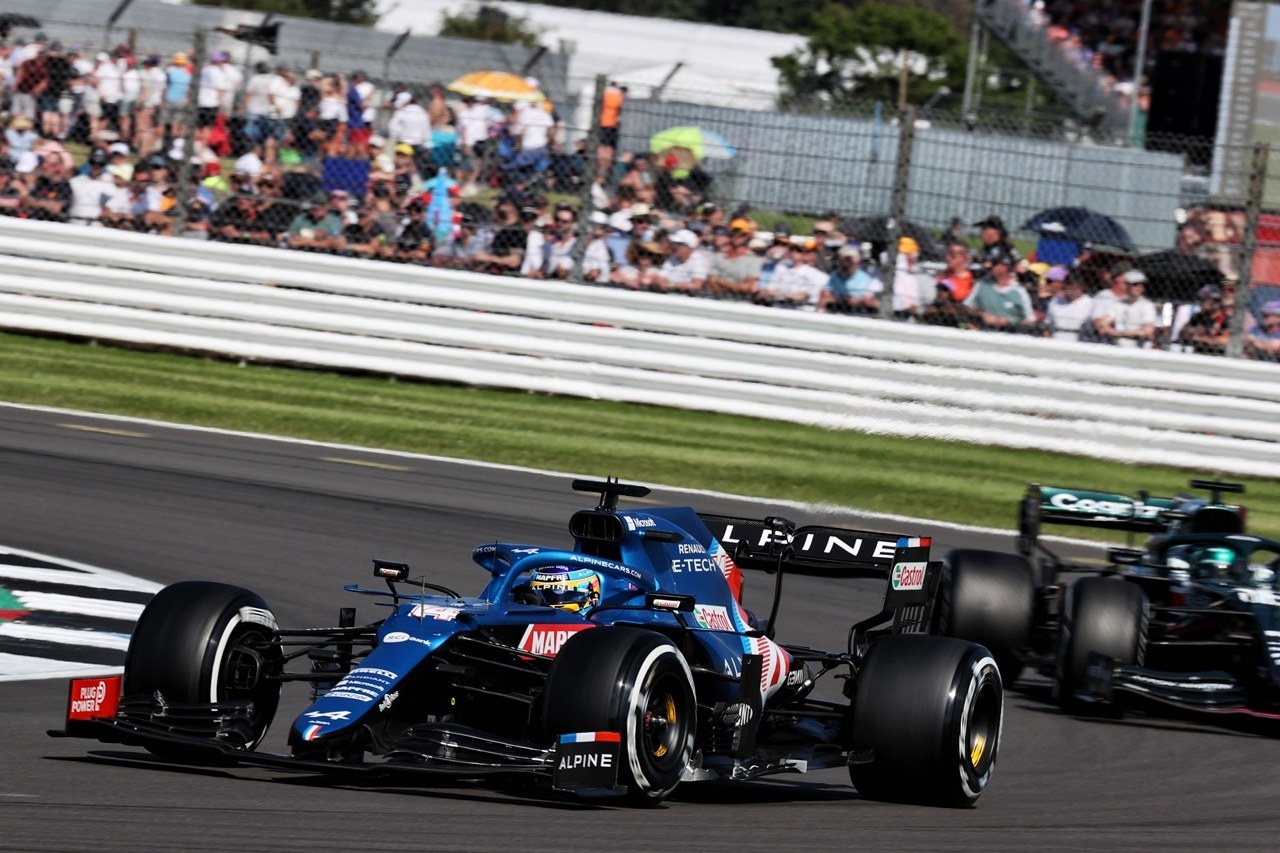 Grand Prix of strong emotions for a Fernando Alonso who stood out at the start of the sprint race, went off his feet on Sunday and returned to do his thing after the red flag to maintain his initial position.

After climbing from 11th to 5th in the first classification to sprint in the history of Formula 1, with an exit that was declared the best moment of that session, everything that Fernando Alonso did from the 7th position it was going to be little for the fans.

However, the two-time Spanish champion ended up keeping that place after several incidents at the front of the grid and not even having the option of retaining Sainz from behind. «Happy, because we started 7th and we won the position with Max after the accident and when we lost with Carlos», Commented # 14. “Surely the Ferraris were in another race today, but good points, good fights.”

«I think that good maintenance is also of the tires in life, because the blisters (blisters) were a problem today. We wanted to have Stroll close by, because he was our best defense with Checo when they were behind, and I didn’t want to get too far apart. He had a little more rhythm, but he had Stroll there a bit stopping the rivals, “revealed Alonso. “In the first stint, Near the pit stops, we throw a little and we take them 3 seconds, so we tried to use it to the end ».

When he was passing Vettel in the last stage of the race, the German driver made a mistake in the middle of the battle and left him free. “He spun, I think, didn’t he?” It seems to me … I was too eager in the first corners, “joked the Spaniard. «Today they said it was the hottest day in England, this 2021so hot and the tires were through the roof. After 3 or 4 laps they reached very high temperatures: 130-135º C, which is the limit of the blister. I think we all had to keep an eye on them today.

READ:  Change of mentality: Audi sees the electric car as profitable as the gasoline one

“Lewis was already with half a car inside, not that he threw himself like a madman”

Finally, Alonso gave his opinion on the incident of the race, the Hamilton-Verstappen duel. “I saw it on replay and … difficult to assess. Lewis was already half a car inside, not that he was freaking out like a madman. Max knew it was there … Hamilton was very lucky to follow, because it is a touch that usually the two of them go outside. I did not know (about the sanction of 10s to Hamilton). Did he win the race anyway or not? So it doesn’t change much … », he closed.

This will give Samsung when buying a Samsung Galaxy S21: it is not a charger