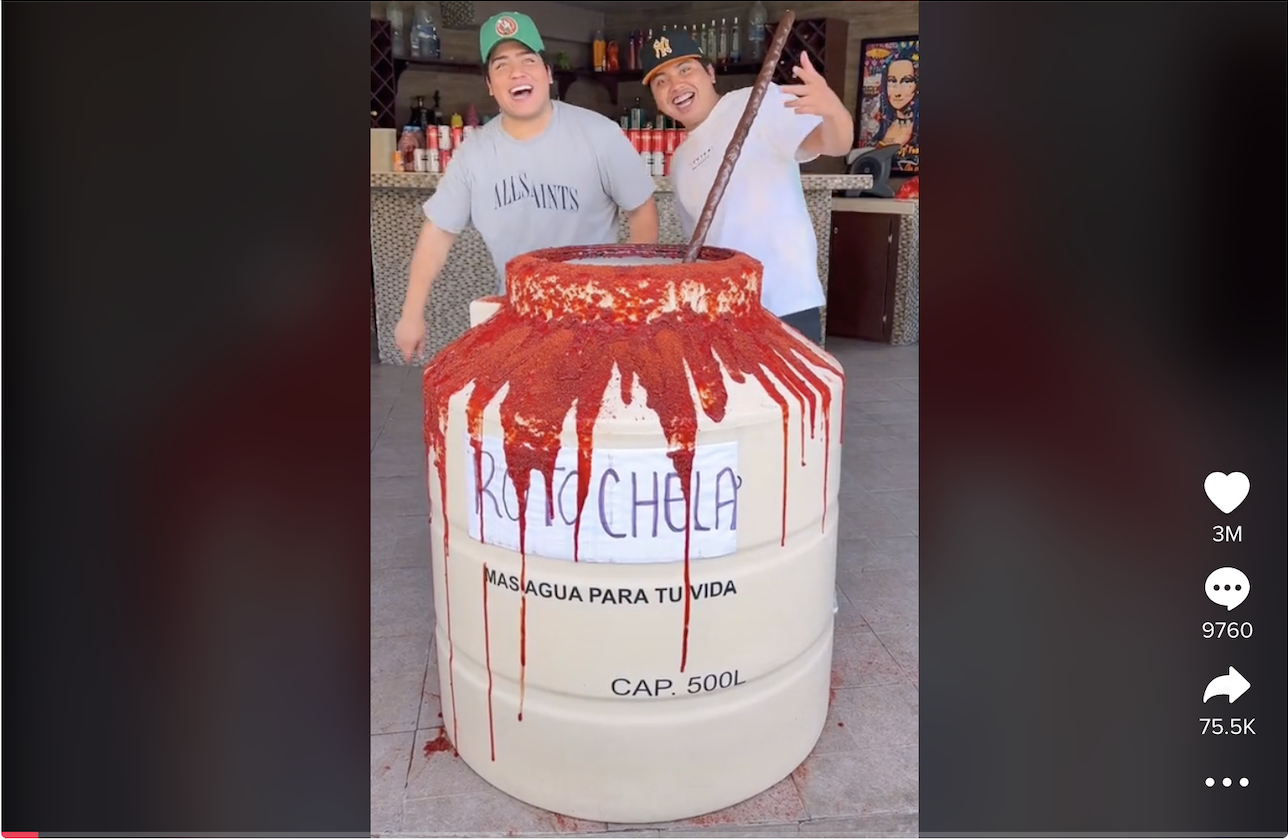 Share
Facebook Twitter LinkedIn Pinterest Email
Beer is one of the emblematic products that are crowned among the consumption preferences of the Mexican, since, according to the monthly survey of the manufacturing industry, the value of these alcoholic beverages produced in Mexico during 2020 it dictates that they constitute up to 185 thousand 375 million pesos in the national economy, leaving behind other drinks such as tequila, with 44 thousand 637 million pesos; and agave distillates, with 5 thousand 093 million pesos. Therefore, it is not surprising that people’s inventiveness goes as far as the Internet allows them to publicize the flavors and presentations that dress the famous “michelada”, as is currently the popular “rotochela”a drink that continues to give organic and free publicity to the brand of water tanks Rotoplas.

And it is that the sale of beer is so particular in Mexico that numerous companies manage to proclaim themselves some of the most important in the country, as shown by the study of Brand Finance by brand value, where Corona remains the favorite, with a value of 5 billion dollars; Victoria is in fourth place, with 4 billion dollars; and Modelo in fifth, with 3 billion dollars.

The viral packaging: Rotoplas with “rotochela”

Mexico is known for its ingenuity and constant inventiveness, since parameters are often met in different perspectives and complex industries, where it is the merchants, suppliers, distributors and consumers themselves who manage to “feed” a brand with humor and engagement.

And it is that the Mexican consumer really likes to try new and “exotic” things, showing that they can make 10 more things out of a product, giving another meaning to its initial purpose and generating a national trend. This happened with the “dorilocos” when someone decided to use Doritos brand fritters as a base and prepare them “Mexican style” with various other items, including cueritos, vegetables and sauces, and peanuts.

Now, this same trend has been experienced in the alcoholic beverages sector, since in recent months new presentations of the traditional “michelada” or the already modified, but popular “gomichela” have not stopped emerging. 2022 began with three inventions of packagings for these drinks: the “licuachelas”, the “rotochelas” and the “tutsichelas”.

All are based on the same concept, beer prepared with lemon, salt and clamato; candied with piquín and chamoy; and accompanied by some typical sweets…. but with a unique packaging.

A blender, a palette-shaped container and even a water tank can represent a strong value offer that distinguishes a brand from the rest of the competition, especially when it joins the trend and takes it over in a moment in what TikTok is one of the main channels to make new products go viral.

They create the giant “rotochela” and make the Rotoplas brand viral

The viralization of an accidental advertising strategy today has put the Rotoplas brand in the conversation topic of at least 10 million people, who comment on the video of the “full-size rotochela” that already has more than 32 billion views. views and about 2.8 million likes.

As can be seen, the tiktokers @juliovm1 Y @pocoyaso They decided to make the “rotochela” recipe inside a life-size Rotoplas container and, instead of supplying their house with water, they filled the water tank with ice, Worcestershire sauce, lemon, tomato juice, beer, chamoy and chili powder. .

The well-known brand of water tanks has been put in the spotlight of social networks in the last six months, but this week it managed to be part of what millions of users call “the michelada multiverse”, so it is not surprising that From now on, when consumers see your product, they not only think about water, hygiene and storage, but also inventiveness and the packaging of the “perfect drink”.

Luisito Comunica goes to Tepito and serves himself a “Rotochela”

The “Tutsichelas” arrive and the new invention wins over customers

“Sublime and promising”; ‘Rotochelas’ arrive in the hearts of Mexicans with an emblem brand