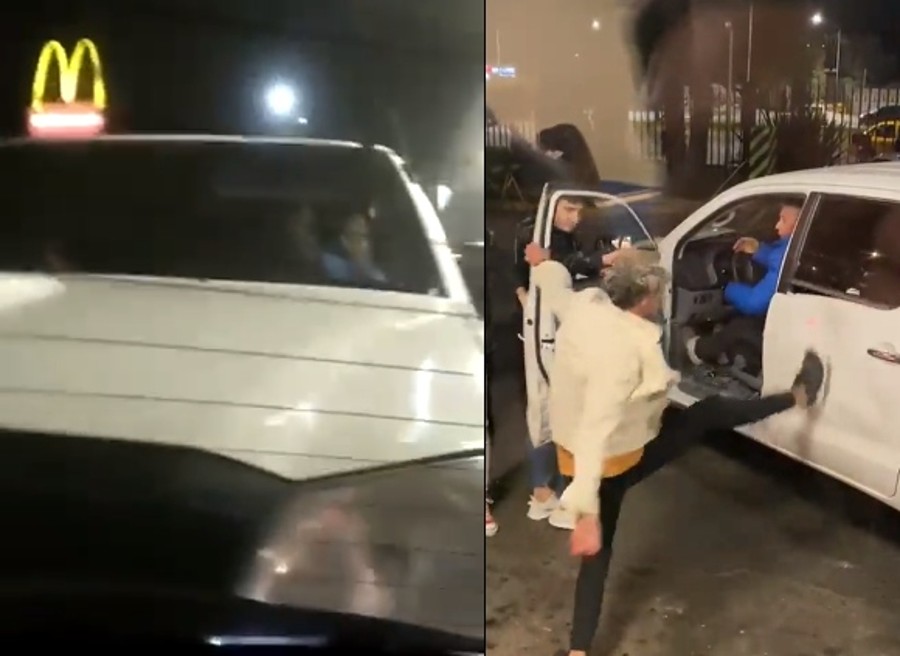 A group of young people and the driver of a Toyota Hilux staged a violent episode in an AutoMac in the province of Mendoza, in western Argentina.

Although the Police and the Prosecutor’s Office of that province are working to clarify what happened, from what can be seen in the video, which is viral on social networks, It all started when the pickup hit the Peugeot from behind that was being driven by a group of young people.

There were blows, kicks, insults and more shocks, all in full view of the other customers who looked on in shock.

Arcos Dorados, the company that owns the franchise in much of Latin America, issued a statement to explain what happened.

Violence in an AutoMac in Argentina

As shown in the video published by the Twitter account @controlsmdzin the early hours of Sunday, May 22, the young people argued with the man while waiting to place the order in an AutoMac.

It all started when apparently The man’s Toyota truck rear-ended the car of the men, who were in their 20s.

After a few seconds of arguing, everything became more violent and the punches and kicks came.

The event was filmed from different angles, from inside the McDonalds restaurant and from other cars.

At the request of absolutely no one we are going to show all the bard that happened yesterday in the Palmares automac.
CRASHING HILUXS, FLYING PINEAPPLE, KIDS FREE!
(open thread) pic.twitter.com/IwEi53t8hI

As noted by the videos and audios, the man who was driving the white Toyota Hilux pickup collided with the young people’s car. When claiming him for the blow, The subject told them: “Get in the car because I’m going to drive you over.”

This, apparently, triggered the fury of the young people who were in the Peugeot 208.

The insults turned into physical attacks on the driver. You can also see a woman, who would be the companion of the truck driver, beating the young people.

The window of the Toyota ended up broken and the driver’s face bloodied.

After hitting the vehicle in front again, the attacked driver managed to escape amid insults and kicks against his truck.

Arcos Dorados apologizes to the other customers

Arcos Dorados released a statement lamenting the “violent and uncomfortable moment experienced by customers and employees.”

He also said that they are working with the authorities to help clarify the fact.

“McDonald’s communicates that it became aware of the violent situation between customers that occurred in the AutoMac of Palmares Open Mall, in Mendoza,” says the text.

“We regret the violent and uncomfortable moment experienced by those customers and employees who were at the premises at that time,” he adds.

From the company they said that the brand “repudiates any act of violence” and that the firm is already “working to clarify what happened with the local authorities.”

Fight for a free soda: Employee of McDonald’s confronts a client to blows, the brand loses

What was #JoshFight and why was Burger King the unexpected winner?