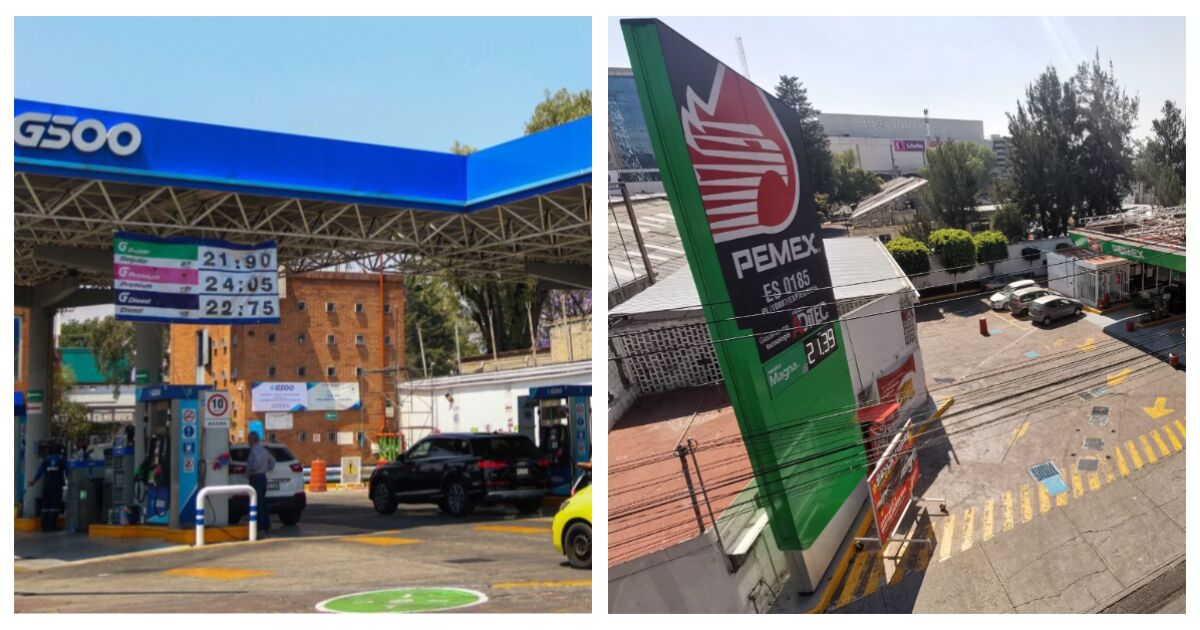 “With good news for truckers, this week there are 100% incentives for the three fuels, premium, diesel and regular gasoline. This is because the international market continues to be a bit erratic. We are taking care that this tax incentive goes to consumers, that no gas station owner who wants to go overboard gets it,” explained Sheffield Padilla.

Which gas stations sold the most expensive gasoline?

With a record from October 3 to 9, the federal prosecutor explained that the brands that offered the most expensive fuels were the following:

Meanwhile, he announced that the three brands identified as “consumer allies” were:

The most expensive and the cheapest

The highest price of regular gasoline with the highest margin was in Escárcega, Campeche of the brand BP, 23.98 pesos, with a margin of 3.50 pesos per liter; contrary to the one offered in Tesoro, in La Paz, Baja California Sur with 21.89 pesos.

The diesel with the highest margin was sold at a Pemex franchise in Cozumel, Quintana Roo, with 24.98 pesos per liter, while in Tampico, Tamaulipas it was offered at 22.79 pesos, belonging to the Pemex franchise.

In the case of premium gasoline, the highest price with the highest margin was found in the municipality of Irapuato, Guanajuato of the Shell brand, with a price of 25.99 per liter, while in Othón Blanco, Quintana Roo it was offered at 23.06 pesos.

Read:  Michael Kenneth Williams, who was the great Omar Little in 'the Wire', dies