Book of the day: “Crown and scepter: a new history of the monarchy…” 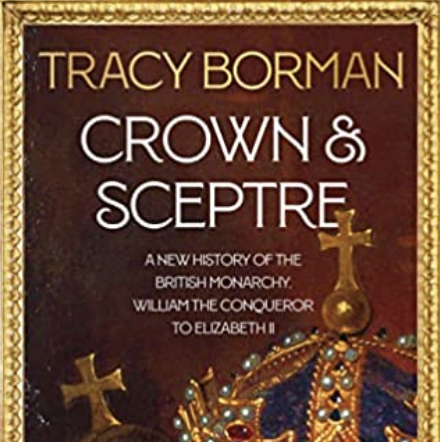 The London Bridge fell and with the death of the last sovereign, the socioeconomic value that the monarchy of England represents at a historical, market and national level regains importance; thus, Tracy Borman captures the true line of life of the royal family in his book “Crown and Sceptre: A New History of the British Monarchy from William the Conqueror to Elizabeth II”.

They are a thousand years of British monarchy narrated in a fictional way that enhances the intrigue and mystery in the intimacy of the most powerful characters of that European nation, who also have feelings, roles and traditions.

In accordance with Owen Emmerson, Curator of Hever Castle’Tracy Borman’, this royal heritage carried from generation to generation is palpable in the eminently accessible narrative that blends scholarship and expertise, years of lucid research that deftly unravels the trials and triumphs of this ever-changing great institution: the monarchy.

published by the publisher Hodder & Stoughton, on November 18, 2021, this work anticipated today’s event: the transformation and change in Buckingham Palace sparked a renewed global interest in British history and its political and economic impact on a scale that had not been seen since the coronation of Isabel IIin 1953, because with his death on September 8, 2022, a popular frenzy was generated and the media evoked speculation about the ascension of a new King.

And it is that to understand everything that the death of the Queen implies, the next succession of Prince Charles of Wales and all the economic movement that it will generate, Tracy Borman may be the best ally to explore the history and evolution of the monarchy in Great Britain from 1066 to the present.

Especially since this family is one of the most emblematic and enduring institutions in the world; has withstood the storms of rebellion, revolution and Europe’s bloodiest war, so its survival in government decision-making, in the marketplace and in social activities, even with its strict protocols, has shown a remarkable capacity for response to change.

“By charting both the majesty and the mechanics of the monarchy, we gain a vivid understanding of why its shining gears changed over time and who pulled the levers of change. A triumph”. – Owen Emmerson, Curator of Hever Castle ‘Tracy Borman’.

This is just a brief passage of everything that an expert hand puts at your fingertips to increase your curiosity and knowledge about the most viral topic of the moment, the one that provides general culture, but a lot of entertainment.

Book of the Day: “Podcast Marketing: How to Easily Increase Your Audience…”

Book of the day: “Engagement as an alternative to Burnout”