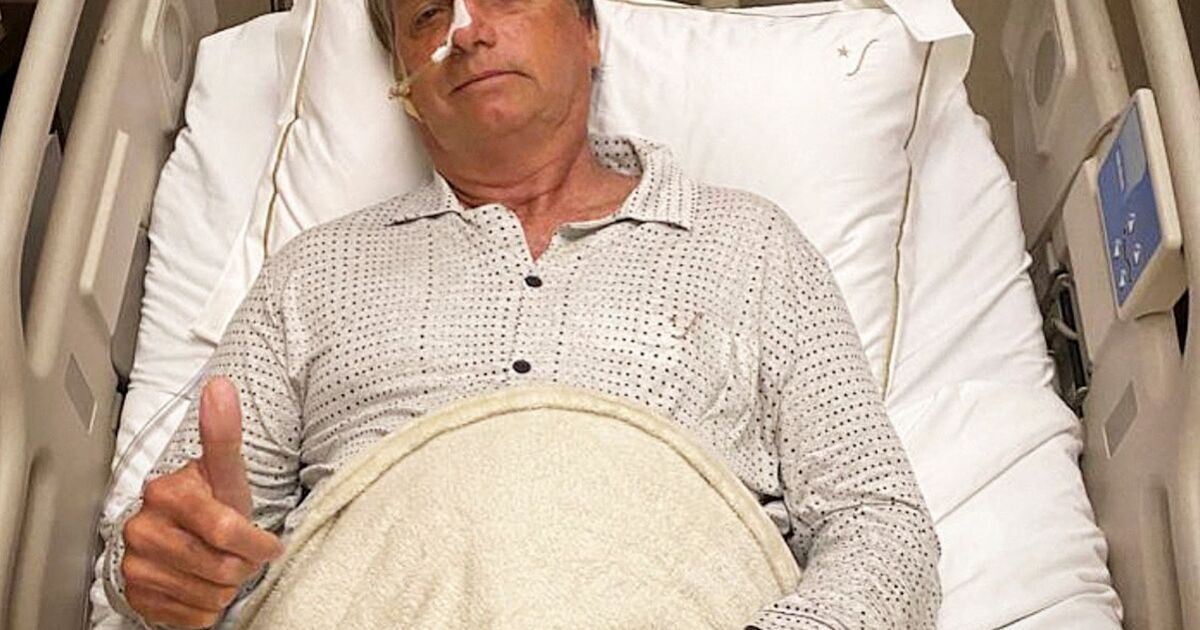 The Vila Nova Star hospital in Sao Paulo, where Bolsonaro was admitted in the early hours of Monday suffering from abdominal pain, said that there is still no date scheduled for his discharge.

Bolsonaro was hospitalized in the early hours of Monday after complaining of abdominal pain and underwent tests for a possible intestinal obstruction, although he was in good health.

The president, who was spending a few days off on a beach in the southern state of Santa Catarina, was transferred by plane to Sao Paulo, the largest Brazilian city and where he was admitted at around 1:00 local time at the Vila Nova Hospital. Star, whose doctors have been treating him since he suffered an attack in 2018 that affected precisely his abdomen.

According to a statement released by the Social Communication Secretariat of the Presidency, the far-right leader was admitted to undergo different tests “after feeling abdominal discomfort.”

“The president is well,” adds the note from the Presidency, which announced that it will release other details about the president’s situation.

According to a concise bulletin from the Vila Nova Star Hospital, the governor was admitted in the early morning with a state of “intestinal subocclusion” but “is stable and under treatment.”

Although the presidency did not disclose details, Bolsonaro’s doctors consulted by the press said that the suspicion is that the head of state is suffering from an intestinal obstruction similar to others he has had since he was stabbed in the abdomen.

Jair Bolsonaro opposes the celebration of carnival in 2022

This type of occlusion, according to specialists, causes abdominal pain, vomiting and nausea.

Read:  These are the free LoL champions

Last June Bolsonaro was also hospitalized for an intestinal obstruction but at the time he was subjected to conventional treatment, since his doctors ruled out surgery and, after responding well to care, he was discharged on the fourth day.

The head of the medical team that treats Bolsonaro, Antonio Luiz Macedo, is expected in Sao Paulo after interrupting the vacation he was enjoying in the Bahamas.

They throw a PS5 from a 25th floor and this happened

FNAC VAT Free Days: Best Deals You Can Get | Technology