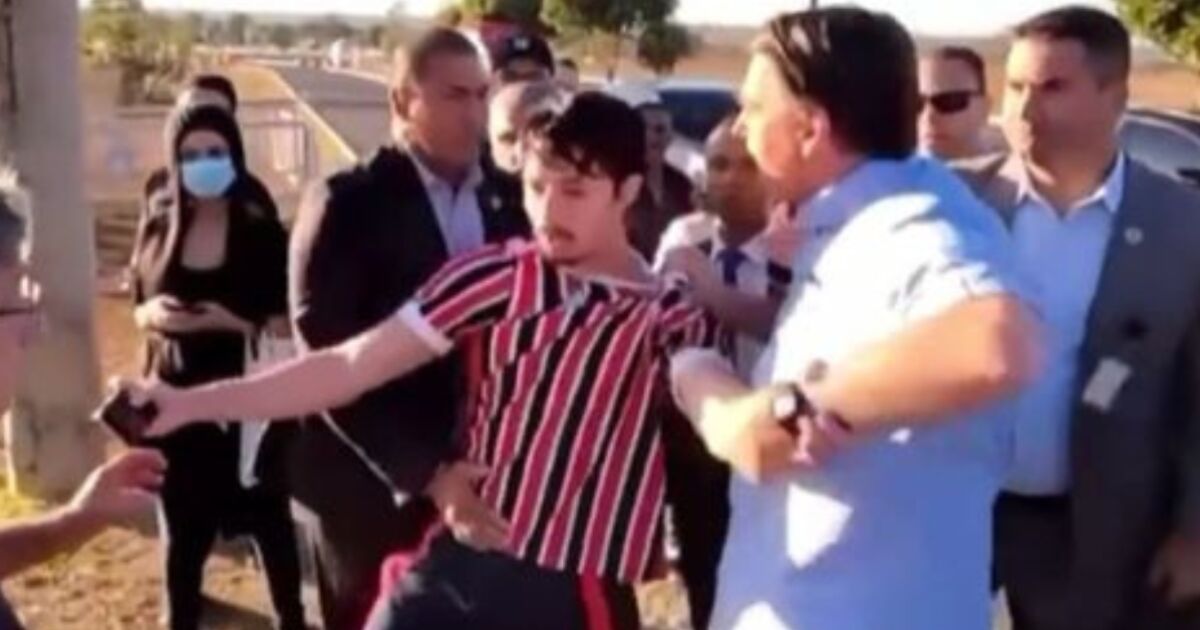 News site G1, which posted the video, identified the man as Wilker Leao, who introduces himself as a lawyer, army corporal, political junkie and military enthusiast, with 127,000 followers on TikTok.

The altercation occurred when a smiling Bolsonaro, who is already on the campaign trail ahead of the October elections, greeted supporters outside the Alvorada Palace, his official residence.

Filming on his phone, Leao approached the president and asked him why he had allied himself with a corruption-plagued party group known as “Centrao” and signed a law restricting snitching, used in anti-corruption investigations.

An unidentified person pushed Leao aside and threw him to the ground, but he got up and approached the president again, who had gotten into his car, yelling “coward!” “Tramp!”

Bolsonaro then got out of the vehicle and struggled with Leao.

“Come here, I want to talk to you,” said the president, who first grabbed Leao by his shirt and then grabbed his arm.

The president’s security guards removed the influencer, who has also spoken out against the left in videos.

Minutes later, Bolsonaro allowed him to approach and briefly spoke with him.

“I have to get things passed in Congress, don’t I?” the president said, before getting back in the car and driving off.

Neither Leao nor the president’s office immediately responded to requests for comment.