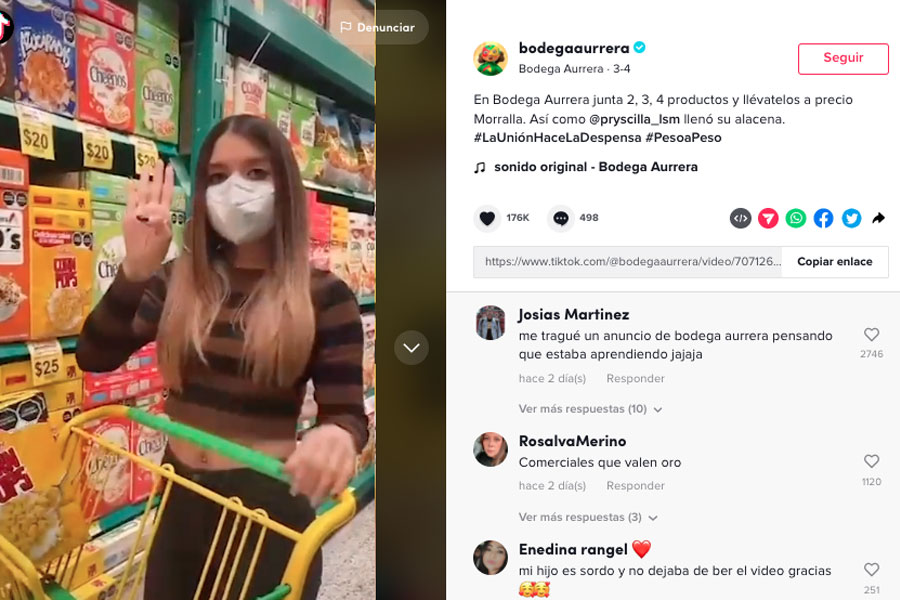 Bodega Aurrerá has opted for inclusion by teaching a bit of sign language in its advertisingearning positive reactions from netizens.

A considerable part of the population around the world suffers from disabilities that would imply a weakness to perform in their respective environment (both socially and at work), where some have hearing and communication disabilities. According to the 2020 Census of the National Institute of Statistics and Geography (INEGI), the 16.5 percent of the Mexican population (6 million 179 thousand people) were identified with some kind of disabilityplus the 13 million 934 thousand 448 who mentioned having some limitation to carry out activities of daily living, such as walking, seeing, hearing, speaking or communicating.

This sector of the population could represent some mishaps in being able to communicate effectively in their environment, either due to the lack of educational institutions that adapt to these needs and the lack of trained personnel to support these people with certain hearing and speech difficulties (among other reasons), a fact where some companies find an opportunity to improve their perception in society and show themselves as socially responsible, through different initiatives.

Aurrera Winery has chosen to carry out an influencer marketing strategy with the help of Priscila LSM, a teacher and content creator who is dedicated to teaching sign languagemade where the brand has found an idea to make a advertising different from what we are used to seeing, in favor of inclusion.

bliss Bodega Aurrerá advertising that teaches sign language It has been well received by Internet users, since they have written in the comments section “commercials that are worth gold”, “my son is deaf and he did not stop watching the video, thanks”, “it is the first ad that I see that has language signs”, “more ads like this”, among other observations that applaud this initiative by the brand.

On this occasion, the brand has opted to be inclusive and educate Internet users with these small sign language classess, but it shows an opportunity in the business world, beyond a high number of views.

Although it is a sector where the minority of the population is found, this does not mean that companies should not focus their marketing strategies around this, since they would be missing out on endless benefits, both in terms of image, value, income and even productivity (in addition to contributing something to society to show themselves as socially responsible), either in terms of customers and employees refers.

A study conducted by McKinsey shows that those companies that have “diverse” work teams are capable of representing up to 25 percent more profitability compared to those that do not promote this type of organizational culture; likewise, a survey conducted by PageGroup shows that only 3 out of 10 organizations are “intentionally inclusive”showing a clear weakness to raise their results.

The Covid-19 pandemic has sensitized consumers around the world, who are now more aware of the health difficulties in their environment, so those companies that are in favor of inclusive strategies achieve a better reception in terms of image.

An example of these companies in favor of inclusion is found with Walmart, who integrated a hearing impaired personbut that this was not an inability to provide an effective service, achieving a considerable number of positive reactions by users who came across the publication.

A small number of companies are committed to showing themselves as inclusive, managing to stand out from the competition in matters of image.

Post is attacked by “giant pigeons” and becomes its best publicity

Consumer shows what it is like to hire Starlink, the internet by Elon Musk

Graph of the day: The movies and actors with the most rudeness in the cinema