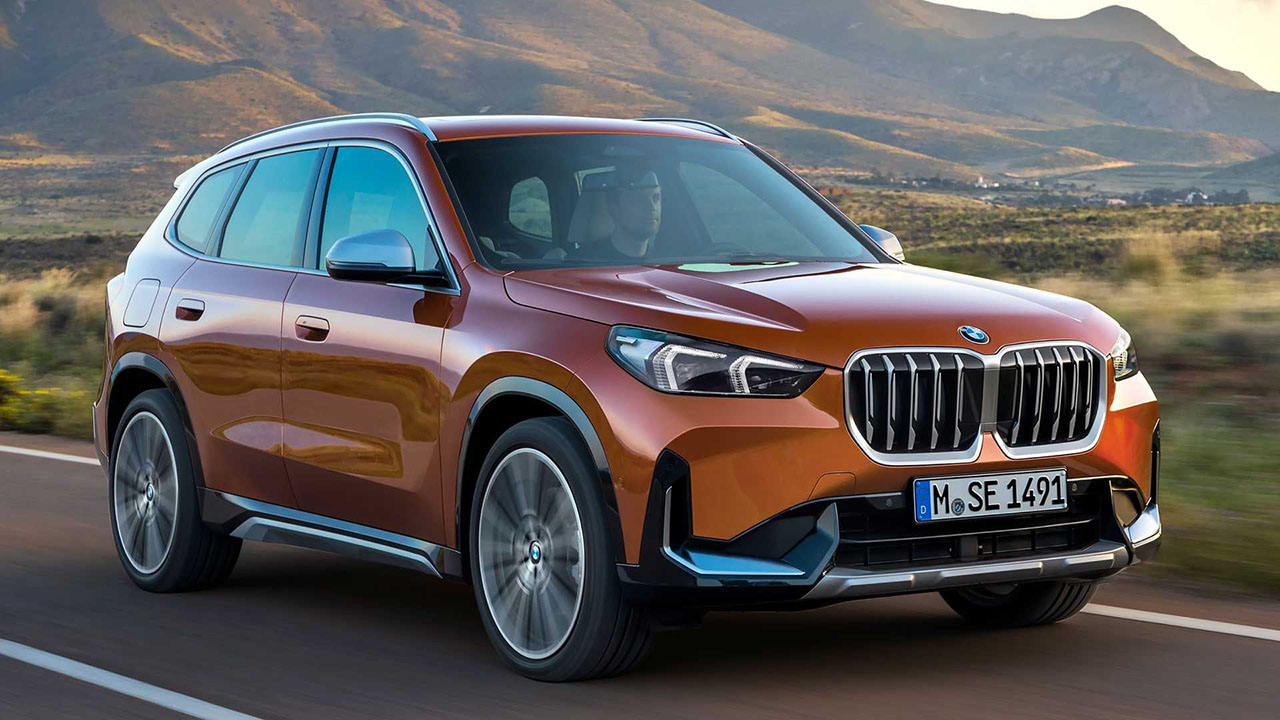 The new BMW X1 2023 has been presented. The third generation of the BMW compact SUV is already a reality. A model that raises its commitment to digitization, connectivity and electrification. A “Made in Germany” model ready to face the new times in Europe.

After a huge amount of spy photos, leaks and even official advances by the brand, we can say that the wait is over. The new BMW X1 2023 has been presented in society. The third generation of the successful and popular compact SUV from BMW it is already a reality. A model that launches numerous innovations that go far beyond a simple change of image and improvement of the technological equipment.

The new generation of the X1 is ready to face the new times. A time marked by fully electric mobility, and where connectivity and automation are gaining prominence at an accelerated pace. The German SUV raises its commitment to electrification to strengthen its position in a segment where competition is fierce.

How has X1 changed? Just take a quick look at the images published by BMW to discover what changes have been made to the exterior design. Despite being facing a generational change, the truth is that numerous ties and links with the outgoing model have been maintained. This makes it possible to create a sense of continuity while adapting this model to the new design language Of the brand.

Starting our tour of the exterior at the front we will find a much more vertical X1 in which the optical groups with LED technology and a large grille in which the characteristic BMW kidneys are located stand out. The lines in the form of the letter X flow to the sides and the chrome elements provide a more stylized and/or stately air. Adaptive LED headlights with Matrix light functiondynamic turn signals and variable distribution of the light beam are offered as options.

The side view brings out the SUV essence of the new X1. Special attention should be paid to the line that draws the roof, the high belt line, the shape of the wheel arches and, logically, the defenses that protect the lower part of the body as well as the roof bars. It is possible to enhance the more adventurous and robust side of the German SUV through the xLine trim level or, on the contrary, bring out its more dynamic and sporty side through the M Sport package.

Finishing our tour of the exterior at the rear, the most striking elements are, without a doubt, the rear lights since they adopt a horizontal and slightly enveloping position, the bumper and a suggestive but obvious roof spoiler.

The level of customization of the new X1 It is important. All variants of the model are fitted with 17-inch alloy wheels as standard. However, you can choose sizes of 18 and 19 inches respectively. In addition, 12 body colors are available, two solid tones and ten metallics.

The interior and technology of the new BMW X1 2023

Leaving aside the outside, if we go into the interior of the new X1 we will quickly be enveloped by a warm, comfortable, luxurious and highly technological environment. BMW has placed special emphasis on improving the quality of the finishes and materials used for the adjustments. It debuts new seats that are optionally available with perforated Sensatec upholstery and Vernasca leather.

The brand has also allocated numerous resources to improve the acoustic and thermal insulation of the passenger compartment. In terms of protection, a step forward has also been taken and a clear example of this is the installation of a new airbag between the front seats. In the rear of the passenger compartment we find three full seats whose backs are divided in a 40:20:40 arrangement.

The “nerve center” of the cabin is a group of fully digital screens made up of a 10.25-inch information display and a central information screen with a diagonal of 10.7-inch screen. The system BMW live Cockpit Plus is equipped as standard. It is based on the BMW 8 operating system and the latest generation of BMW iDrive.

The digital instrumentation is customizable and the infotainment system allows access to a multitude of digital services online. A multimedia system that allows the integration of the mobile phone through Apple CarPlay and Android Auto. In addition, the BMW Digital Key Plus and the BMW ID functionality are also available.

Between standard equipment There are elements as relevant as the leather-wrapped sports steering wheel, the dual-zone intelligent climate control and the rain sensor with automatic activation of the headlights.

As for the list of driving assistance systems, is equally wide and varied. If we compare it with that of the outgoing model, the advance is remarkable. Standard equipment includes adaptive cruise control, forward collision warning system, parking assistant and reversing assistant. In addition, on the list of options are technologies such as guidance and lane keeping assistant, active navigation and lane departure warning.

The new X1 has decided to raise its commitment to electrification. The range of engines will be made up of a selection of 48-volt mild hybrid technology (MHEV) petrol and diesel engines and for a selection of plug-in hybrid versions (PHEV) with greater autonomy.

The gasoline and diesel engines of the new BMW X1 2023

The plug-in hybrid versions of the new BMW X1 2023

One of the great novelties that breaks into the X1 range from the hand of this third generation is neither more nor less than a 100% electric variant. The new BMW iX1 bursts onto the scene with the aim of positioning itself as the greener alternative to the renewed X1. A model that, in its xDrive30 version, boasts total traction, a power of 230 kW (313 CV) and a range that exceeds the 400 kilometer barrier.

When will it hit the market? The commercial launch of the new X1 is scheduled for the month of October 2022. Initially it will be available in a variant with a gasoline engine and another diesel. Approximately a month later, the electric variant, the new iX1, and two plug-in hybrids will do the same. At this time, their prices are unknown, although it is common for BMW to open the configurator long before its arrival on the market.

The series production process of the new X1 and iX1 will take place in the same facilities. More specifically in the plant that the BMW Group has in Regensburg (Germany).

The future of contracting in the digital age