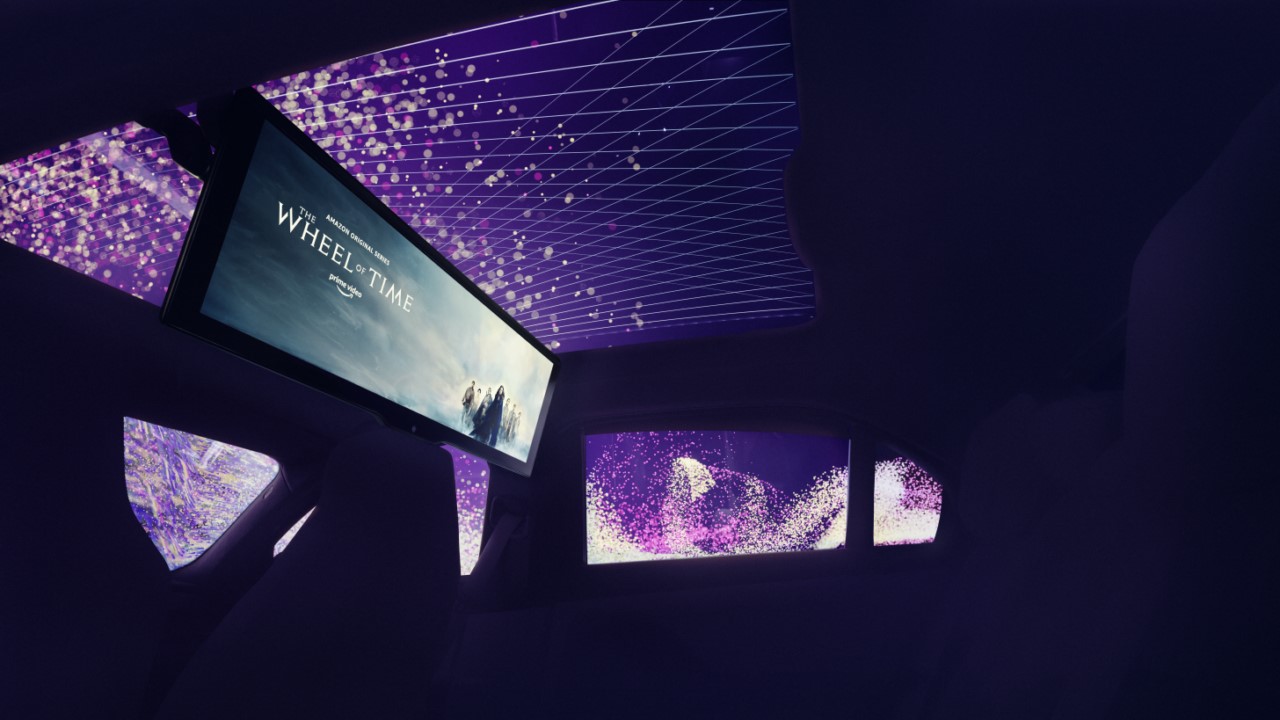 The new generation of the BMW 7 Series will be a world first in just a few months, a luxury saloon that will recover its status as a standard of the most advanced technology, and with an interesting novelty that it has presented at CES: a large rear screen with 8K technology for advanced infotainment.

The new BMW 7 Series 2023 it is one of the most anticipated models. It will debut in a few months and will once again be a true flagship, both in terms of design, performance and technology. This section will be key because, despite the arsenal that the German luxury saloon will have as standard, the infinite list of options will add a more than sophisticated one that has just been presented at the CES 2022 from Las Vegas.

The Munich brand has brought to the great electronics fair a preview of the interior of the future 7 Series, with its panoramic roof “Sky Lounge” and revealing an impressive screen hanging from the ceiling with nothing less than 31 inches of size. Baptized as «BMW Theater Screen», It has an electrically tilting system that will allow it to be hidden when not necessary, a monitor with a resolution level that exceeds all expectations with 8K technology, different formats of up to 32: 9 display, 5G connectivity, HD webcam, 128GB internal hard drive, Bluetooth headsets, and smartphone-sized touch remotes built into the door panels.

Index hide
1 CES 2022 reveals the rear entertainment screen of the new BMW 7 Series
1.1 Preview of the 2023 BMW 7 Series, a true revolution in the flagship

And it is that this option is specially designed for the long wheelbase option, turning the area of ​​the rear seats into a limousine with the exclusive option of the «Executive Lounge» configuration. Its rear seats are not only reclining, but also have functions of heating, ventilation and massage function to enjoy great trips with a driver behind the wheel. The German brand has thought of everything, even the drivers behind the new representative saloon who, so that they are not distracted, has mounted a new roller blind that unfolds at the same time as the monitor.

Read:  Advance of the new Porsche 718 Boxster, the electric roadster that will be measured at the Polestar 6

BMW has really blown the house out of the window with this display, completing it with a system of Hi-Fi sound with more than 30 speakers. Without specifying a number, he has only indicated that two are integrated into the rear seats, offering a 4D sound quality. A truly sensory experience with which the Bavarians intend to surprise their rivals. In fact, it is expected that this sophisticated display will not be the exclusive preserve of the new 7 Series, but also of the i7, the electric variant of the German saloon.

Preview of the 2023 BMW 7 Series, a true revolution in the flagship

The new model will be unveiled in a few months, before finishing this next spring, as it enters in production at the beginning of the summer and intends to be on sale and in customer control from the end of the year. A 7 Series that is closer to the new Rolls-Royce Phantom in practically all aspects, since from the luxurious British saloon it will inherit even the automatic opening and closing door system, among other details.